WATCH: 13-year-old with awesome swing knocks it inside Dustin Johnson and Tommy Fleetwood 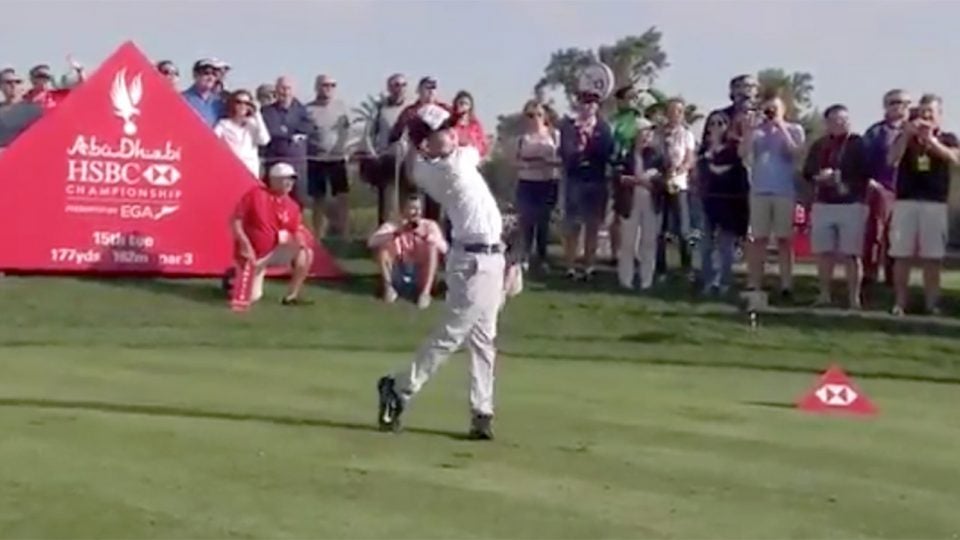 Oscar, a 6 handicap, got to tee off alongside Tommy Fleetwood, Dustin Johnson and his favorite golfer, Rory McIlroy, while competing in the Beat the Pro Challenge during the first round of the Abu Dhabi HSBC Championship on Thursday.

And, of course, sweet-swinging Oscar flushed a 3-wood on the 177-yard par-3 15th and knocked his ball on the green and inside Fleetwood and Johnson.

“I played it a bit off the front foot, hit a 3-wood and it was perfect,” Oscar said.

Fleetwood, who is tied for the first-round lead after his six-under 66, was among those impressed.

“The pin was tucked on the right and he hit this 3-wood that just faded into the pin — unbelievable shot,” he said. “Me and Rory both said we don’t even have that shot in our locker. We don’t have it.”

Check out Oscar’s shot below.

“I played it a bit off the front foot, hit a 3-wood and it was perfect.”