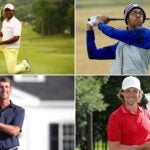 When looking at golf tournaments being contested on Feb. 1, 2021, there may be no field with more talent than the one teeing it up at McCormick Ranch Golf Club in Scottsdale, Ariz.

If you go through the pairing sheet, you’ll see a handful of names you’d likely recognize from their accolades including PGA Tour wins, NCAA Championships and Presidents Cup appearances. If you didn’t know any better, you might be fooled into thinking it’s the field for a top-tier development tour, or even a lower-level PGA Tour event. In reality, it’s the field for the Monday qualifier for this week’s Waste Management Phoenix Open.

Held weekly for players who aren’t yet in the field for that week’s Tour event, Monday qualifiers afford players the opportunity to play their way into the tournament. The qualifiers typically host some of the best no-names in golf as the field plays 18 holes for a chance to tee it up on Thursday with the big boys. Just four players make it through.

The Waste Management Monday qualifier is usually one of the most popular of the season. This year is no different.

With a uniquely rowdy atmosphere (which will be muted quite a bit this year due to Covid-19 restrictions), the Waste Management always draws a strong field. Because of this, there are a limited number of spots available to Tour members with conditional status. That’s why this qualifier is full of players who typically compete inside the ropes 20-plus times per season in other events.

Here’s a roundup of a few of the notable players competing today in Scottsdale.

Anirban Lahiri – Lahiri is an accomplished player in the international ranks as he owns 18 wins worldwide in his career. The 33-year-old is also a two-time Presidents Cup team member as he competed for the International Team in 2015 and 2017. Additionally, he owns a top-five finish in the PGA Championship back in 2015.

Andy Ogletree – Although Ogletree is new to the professional ranks, that doesn’t mean he doesn’t own some big-time hardware. The 22-year-old won the U.S. Amateur at Pinehurst in 2019 and he claimed low amateur honors at the Masters last fall.

Akshay Bhatia – Bhatia famously made waves by deciding to forgo college golf and turn professional as soon as he could. His first 18 months as a professional have been up and down, but the 19-year-old has made two cuts this season on Tour, including a T9 at the Safeway Open.

Aaron Baddeley – Baddeley is another former Presidents Cup team member as the Aussie represented the International Team in 2011. He also owns four victories on Tour, most recently at the Barbasol Championship in 2016.

Sahith Theegala – The 24-year-old was an accomplished amateur player at Pepperdine as he claimed All-American honors three times. And although his 2020 campaign was cut short by the pandemic, he earned the Haskins Award, the Ben Hogan Award, and the Jack Nicklaus Award, becoming just the fifth individual to win the trio of awards in the same year.