There are very few equipment variables Dustin Johnson is unwilling to alter in the search to get better. But if there’s one he’s been more reluctant to change over the years, it’s the driver shaft. Fujikura’s Speeder Evolution II Tour Spec has been his go-to choice going all the way back to Johnson’s time in school at Coastal Carolina University.

Johnson initially preferred the heavier feel of an 80-gram shaft, but during the 2009 season, Fujikura made a lighter 70-gram version — called the “Fujikura 2.0” — for TaylorMade that was in the M5 driver until the third round at the Masters, where he called a last-second audible.

Feeling as if something was amiss with his driver, Johnson played the remainder of the second round with his M5 3-wood and then had multiple M5 and M6 drivers built up to test in advance of the third round. Johnson eventually settled on a 10.5-degree M6 with a Fujikura Ventus Prototype 6X shaft — D6 swing weight instead of the D4 he was using in M5 — that he continued using at RBC Heritage.

Johnson’s decision to switch shafts didn’t come as a complete surprise to those close to the top-ranked player in the world. In actuality, Johnson got his first look at the prototype in February at the Genesis Open.

“We started working with him on the shaft beginning at Riviera,” said Fujikura Tour rep Pat McCoy. “His numbers were good — even better than what he had with Speeder Evolution — and he took it out during a practice round, but he just didn’t feel comfortable with it.” 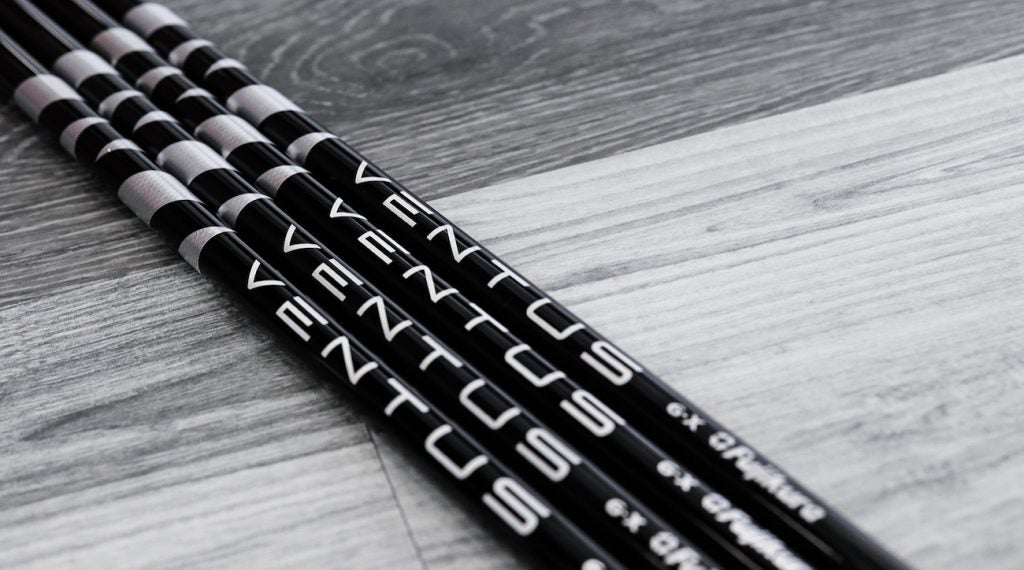 The black version of Ventus in Johnson’s driver goes by the name “LT” — Fujikura’s internal code name for the shaft — which stands for low trajectory. According to McCoy, compared to the retail Ventus, the black profile is designed to produce lower launch and less spin via a noticeably stiffer butt and tip section. The profile and specs of “LT” are meant to mimic the shaft Johnson has played for over 15 years, with the one significant change being the addition of Fujikura’s VeloCore technology.

“We did a multi-material bias core with a full-length pitch 70-ton material that’s three times stronger than T1100G,” said Marshall Thompson, Fujikura’s fitting and tour representative. “By having that, it minimizes twisting, at least from what we saw on Enso, and increases horizontal and vertical impact locations. It was most centered by everything we’ve tested from our own lineup and competitor offerings.”

Johnson’s Ventus is currently listed as a Tour-only offering, but that could change depending on feedback and success, particularly from the pro ranks.

“You’ll see other designs from us in that Ventus black, whether it’s a gloss or a flat,” McCoy said. “It’s just prototyping right now. We’re still trying to fine-tune the design.”

Johnson’s game looked prime through three rounds at the RBC Heritage, where he held the lead before stumbling to a Sunday 77.

Speaking of DJ, he was spotted with what appeared to be a different TaylorMade putter in Hilton Head. His Spider Tour Black was replaced by a Spider Limited Itsy Bitsy (based on the sole plate graphics) with the same dark finish, which led to questions about the differences between the two putters.

Low-key switch but it would appear DJ went from TaylorMade Spider Tour to an older model Spider Limited Itsy Bitsy (based on the sole plate). Last round with Tour version was Austin based on photos. pic.twitter.com/OdXeL9uSW1

According to Keith Sbarbaro, TaylorMade’s VP of Tour Operations, the two putters are identical from a performance and spec standpoint. Johnson has accumulated more than his fair share of Spider putters over the years, and the one he chose just happened to have a different soleplate. In other words, the “putter change” was nothing more than a false alarm.

Spin can be a good thing, but too much can lead to a loss in distance and accuracy. In Tommy Fleetwood’s case, he was seeing a little too much spin from the UST VTS shaft in his Ping G410 LST 3-wood. Working with UST Tour rep Scott Wilkerson, Fleetwood tried the brand’s LINQ Gunmetal 7F5 (78 grams) and found a suitable replacement after watching spin rate go from 3800-3900 RPMs down to 3400-3500 RPMS during testing. 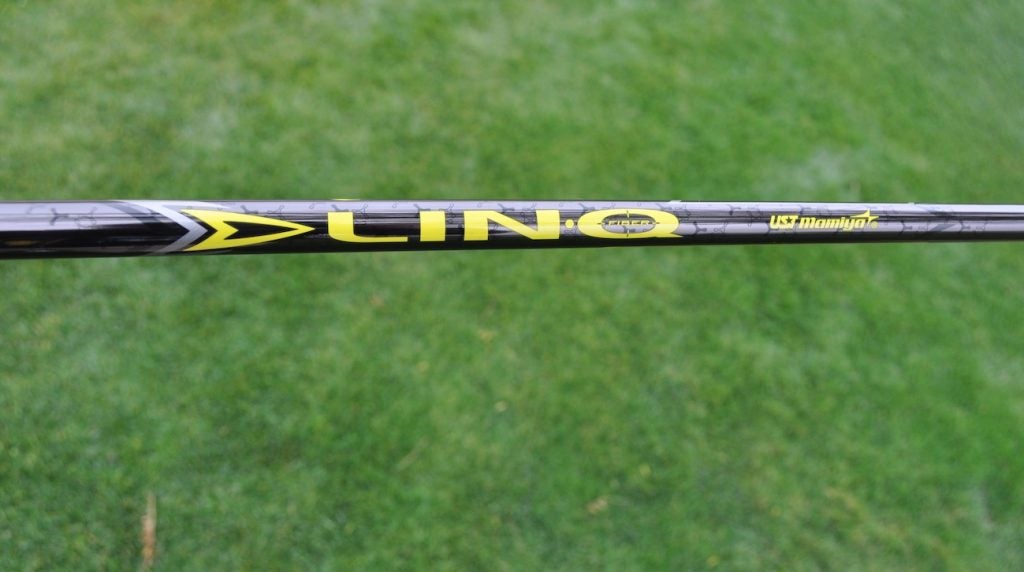 Bryson DeChambeau altered his iron and wedge shafts at the Masters. One week later, he did the same thing to his Cobra driver and 3-wood, replacing TPT and Project X HZRDUS Black with LA Golf’s VD 70 shaft. DeChambeau, who’s under contract with LA Golf for the putter shaft, tried the driver shaft on the range and liked it so much that he requested one for his 3-wood as well.

Bryson DeChambeau is switching it up and going with @LAGolfShafts VD 70 shaft in his driver, 3-wood. More stability and helps mitigate left miss. pic.twitter.com/3BTyeNFgYD

Joe Miera, LA Golf’s Tour rep, said DeChambeau liked the overall stability of the shaft and how it helped mitigate the left miss off the tee. DeChambeau missed the cut by one in Hilton Head, but it wasn’t due to his new driver and 3-wood shaft. He picked up almost 2.5 strokes on the field in the strokes gained: off-the-tee category.

Scott Piercy became the latest Titleist staffer to put the low-spin TS4 in play. According to Titleist Tour rep Jim Curran, Piercy “loved the speed and spin reduction he was getting. He stayed in the 8.5-degree loft, but moved to a B2 SureFit setting that provided the preferred face angle and spin rate he was seeking.” Piercy finished T3 this week.

RBC Heritage winner C.T. Pan won eight collegiate tournaments and reached No. 1 in the World Amateur Golf Ranking at one point during his time at the University of Washington. It should come as no surprise that his alma mater gets top billing in his bag. However, unlike most of his colleagues who support their school with a mascot headcover or stamps on the wedge, Pan took his fandom one step further with custom purple True Temper Dynamic Gold Tour Issue S400 wedge shafts.