Missing out on the weekend at the WGC-Dell Technologies Match Play afforded Phil Mickelson a silver lining: An early look at Augusta National. The three-time Masters champion confirmed the plan was to jet-off to Georgia and spend a few days getting reacclimated to the course before the rest of the golf world descends on the property one week from today.

“I think that’s why I’ve enjoyed this match play is if things don’t go well — I always go the Monday, Tuesday the week before, so it works out, I get an extra day or two there,” he said.

For Mickelson, the extra time will likely center around working out the kinks with putter and driver — two clubs that have gone cold since his win at the AT&T Pebble Beach Pro-Am. However, Mickelson was heartened by his performance on the greens in Austin after returning to Odyssey’s Stroke Lab Nine putter.

Mickelson had recently rotated putters but went back to the Stroke Lab head and shaft he used the beginning of the year in Napa.

“I had some good things this week come about and started to putt well again,” he said. “I haven’t putted to the level that I’ve been the last few years, and so that’s starting to turn. And my speed is up. I’ll go have a good workweek, really maximize my speed.”

Mickelson’s putter looks identical to the retail version, except for the custom White Hot insert that differs from White Hot Microhinge. 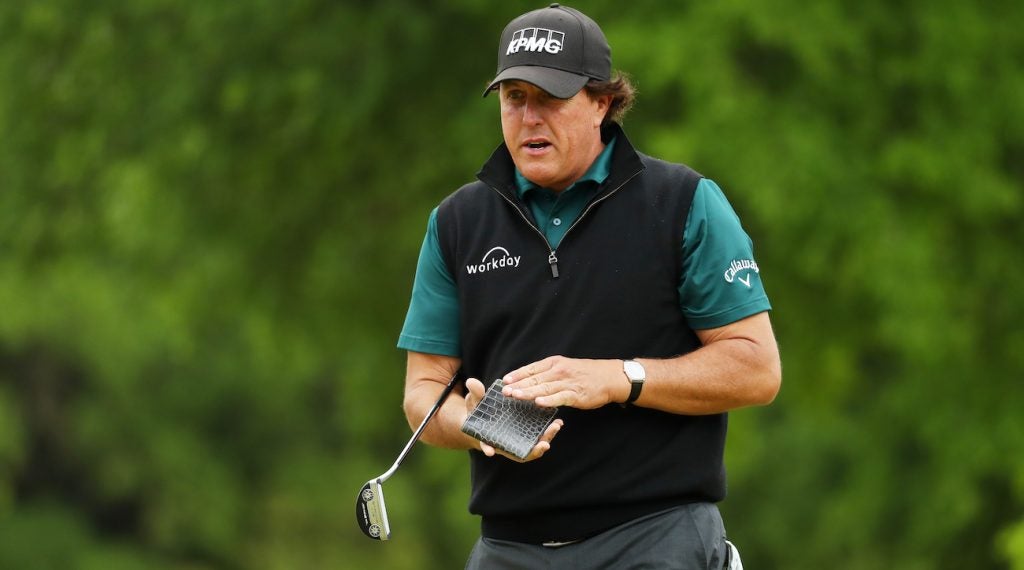 Every equipment change Tiger Woods has made over the course of his career has been thrown under a microscope and hyper-analyzed. That’s part of the gig when you happen to be the most recognizable golfer on the planet.

With all eyes on Woods every week, it’s not often an equipment change goes unnoticed. But every so often, one tweak slips through the cracks, as was the case with Woods’ recent driver and 3-wood shaft change.

Woods went back to Mitsubishi Chemical’s Diamana D+ White Board shaft in his driver, 3-wood and 5-wood at the 2018 Northern Trust Open following a six-month run with the company’s Tensei CK Pro Orange.

For Woods, past history with Diamana played a part in the decision to switch. During the 2014 season, Woods used the White Board profile before moving on to Diamana Blue Board, Matrix TP7HDe, Tensei CK Pro White and Tensei CK Pro Orange.

“It’s a feeling that I know and I used to use it for a number of years,” Woods said of the shaft. “I know the graphics have changed a little bit but it’s basically the same shaft. Went back to something that I knew and had success with, and it’s turned out pretty good.”

At the time Woods made the switch, his driver shaft was at 73 grams, with his 3- and 5-wood coming in at 83 grams. 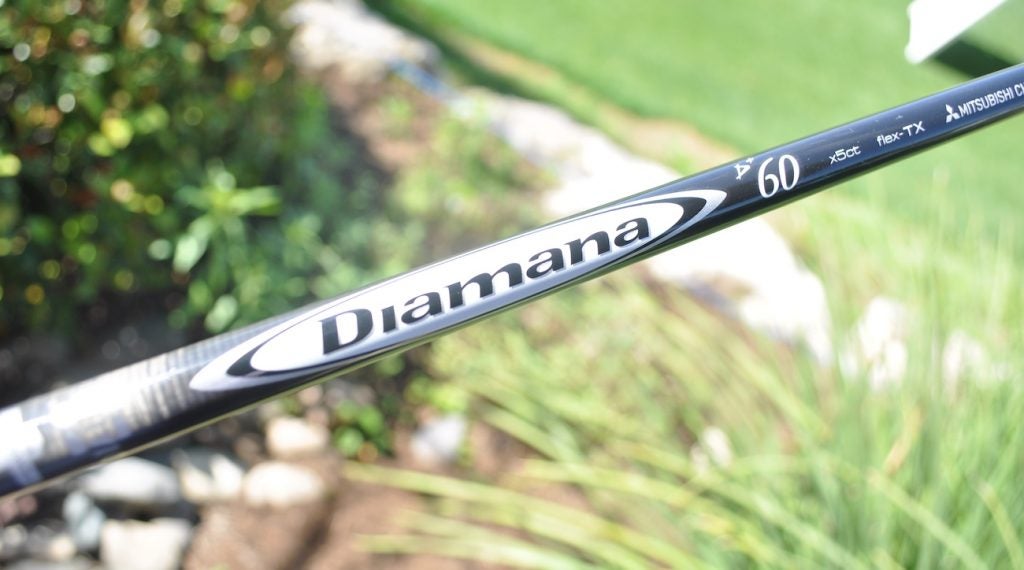 The shaft weights remained the same until this year’s Players Championship, where Woods opted for a lighter 64-gram Diamana in his driver and 73-gram profile in his 3-wood (the same weight he previously used in his driver).

The sample size for this season is small (only four tournaments), but Woods is likely going lighter in an effort to pick up some speed at the top of his bag. A lighter shaft also doesn’t hurt when you’re trying to maintain back health.

Before the Players Championship, Woods last used in a sub-70 gram driver shaft in 2015 with Matrix’s (now known at LA Golf) TP6HDe that weighed 65 grams.

Jason Day’s go-to shot this season has been a cut off the tee, but with the driver spin rate starting to creep up into the 2,900 RPM range, the Aussie decided to conduct shaft testing in an attempt to obtain a more manageable number. Working with TaylorMade Tour rep Keith Sbarbaro, Day tested Mitsubishi’s Kuro Kage XTS and Diamana DF, along with another Accra prototype.

Jason Day switch to @mcagolfshafts Kuro Kage XTS 70X in his driver (same shaft in fairway metal). Been hitting more cuts but spin was too high (2900 RPMs). Now around 2500 with Kuro Kage. pic.twitter.com/WiFCPUVTo3

All three produced numbers in the 2,500 RPM range, with the cut shot, but Day’s familiarity with Kuro Kage XTS — he currently plays the shaft in his 3-wood — led him to go with the same model in his driver as well.

The first time Billy Horschel tested UST Mamiya’s The Attas 6TX shaft in December, the numbers were good enough to give it a serious look. But there was a problem: The crazy color scheme was too much for Horschel to handle — until last week.

.@BillyHo_Golf using @USTMamiya The Attas 6TX shaft in his @pxg 0811X driver this week. Dubbed it “The Skittles” shaft due to the crazy colors. Seeing slight uptick in spin (12/2400 range) due to the shaft, 3/4 of a degree more loft. pic.twitter.com/tbdED5ILuN

Horschel chose to put the “Skittles shaft” — a name he bestowed on The Attas — in his PXG 0811X Gen2 driver for the first time after testing it at home and seeing an increase in spin (12 degrees of launch/2400 RPMs) due to performance, and a slight increase in overall loft (3/4 of a degree).

TaylorMade built three different TP Collection putters for Hideki Matsuyama to test, including a Juno head with a plumber’s neck and steel insert. The Juno turned out to be the putter that knocked Matsuyama’s Scotty Cameron Newport 2 GSS Timeless from the bag for at least one week. Matsuyama went 1-1-1 with the new putter but failed to advance to the knockout portion of the tournament.