The yearly equipment photoshoot is the last place you’d expect one of the top players in the world to consider a gear change. With cameras all over the place and a host of obligations, there’s very little in the way of quality time to grind and get dialed in — unless your name is Jon Rahm.

Rahm was firmly in the TaylorMade TP5x golf ball camp until the end of last year when he had the opportunity to take the new TP5 for a spin. What Rahm noticed during initial testing at the photoshoot was how beneficial an uptick in spin was for his mid and short irons (6-PW), especially when it came to improving control with his steeper descent angle.

Rahm was intrigued by the numbers and what he was seeing during practice sessions, but it wasn’t until the Zurich Classic that he felt comfortable enough with the ball to make the switch to TP5 official. Rahm saw the benefits of more control and spin during the final round as the greens started to firm up considerably.

“When you have greens that have slopes that are not ready to have greens in this shape, it was challenging, definitely challenging, because what you’ve been seeing all week and what you’ve been feeling all week is not going to happen,” Rahm said of the greens. “You kind of have to develop new feeling and think a little bit more about how the ball is going to react. It was definitely difficult.”

Rahm didn’t need a week or two to get acclimated to how the ball performed in a game situation. With Ryan Palmer as his partner, the Spaniard took home his third PGA Tour title in the last three years with TP5 in the bag.

Tommy Fleetwood’s stellar approach shot from 269 yards into the par-5 18th at TPC Louisiana left partner Sergio Garcia an eagle putt from just inside 30 feet. Right before Fleetwood pulled the trigger on the shot, on-course announcer Dottie Pepper noted the Englishman was going to execute the shot with a Ping G410 7-wood.

Whether you want to believe it or not, the 7-wood continues to have a spot in the professional ranks. In fact, Fleetwod was so enamored with the club and benefits it offered, he dropped the lone Nike club (Vapor Fly 5-wood) left in his bag earlier this season. 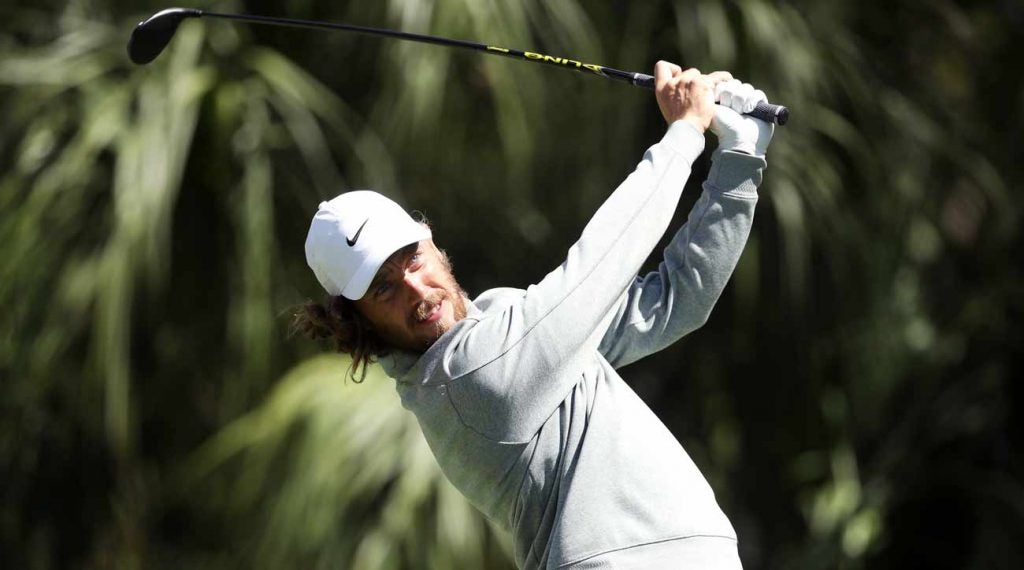 Tommy Fleetwood has added a Ping 7-wood to his bag.
Getty Images

What makes the club even more interesting is that Fleetwood only needed two shots on the range to feel confident about the setup change. While the 7-wood remains an uncommon sight on tour, that hasn’t stopped some marquee names from using it in competition, including Bubba Watson, Marc Leishman and Jason Dufner.

No deal, no problem

Ryan Palmer isn’t hurting for an equipment endorsement check after his Zurich Classic victory with Jon Rahm. Then again, Palmer hasn’t been worried about equipment deals for some time now. Back in December, Palmer made it clear on GolfWRX’s ‘Gear Dive’ podcast that there was no longer a need to sign for 13 or 14 clubs.

“Well the problem today is, you’re having to sign the full bag,” Palmer said “With TaylorMade, you’re having to sign the full staff, the ball. Titleist, full clubs, the ball. Callaway will get you in a driver deal. TaylorMade doesn’t have driver deals out there. Ping is obviously full staff, full clubs. So it’s just, guys, are not wanting to sign away every club in their bag. I mean, for me, I got an Odyssey putter, Vokey wedges, Srixon irons, TaylorMade woods.”

Palmer had four different brands in the bag on Sunday, including a TaylorMade R15 5-wood that’s nearly a decade old. The club dates all the way back to Palmer’s 2010 Sony Open win and highlights the importance of having clubs he trusts in the bag, regardless of their age or wear.

“You know, honestly, some of the contracts aren’t worth what the money we’re playing for,” he said. “That’s the way I’ve always looked at it, the last few years, and I’d rather take the clubs I’m comfortable with and have confidence in than going out there with something I’m not used to just get a couple hundred thousand more dollars.”

Roughly two months after he won the Genesis Open with a Callaway driver, J.B. Holmes shook things up in his first start since the Masters. Holmes, who hadn’t finished better than T62 in his four previous stroke-play starts, opted for Ping’s G410 Plus driver with a Fujikura Ventus shaft.

Holmes went on to finish T34 for the week with partner Bubba Watson. Team events have a tendency to skew results on the course, so we’ll have to wait and see if the driver switch sticks heading into the PGA Championship.

Quick-hitters: Shane Lowry recently switched to an Odyssey EXO 2-Ball Stroke Lab putter. … Mitsubishi won both the driver and total shaft count at the Zurich Classic. … Of the 80 two-man teams in the field in New Orleans, 77 included at least one Titleist golf ball player.