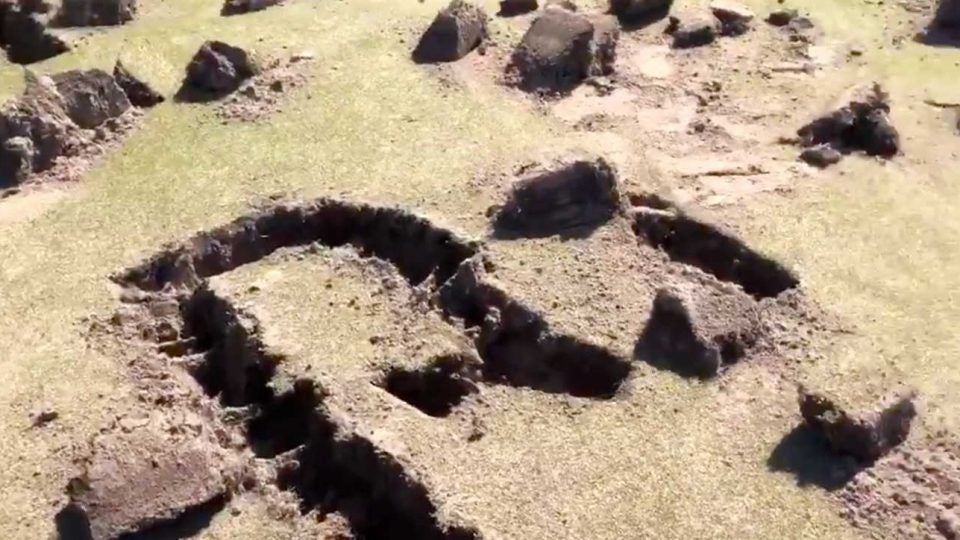 At least six of the greens were targets of extensive damage.
@GroverGP

The venue for this week’s Sunshine Tour stop was badly vandalized, yet the tournament is still scheduled to go on as planned.

Wild Coast Sun Country Club in Port Edward, South Africa, is home to this week’s Sun Wild Coast Sun Challenge, but at least six of the greens on the back nine were extensively damage on Saturday night.

Sunshine Tour player Michael Hollick posted a note, along with photos of the carnage, to his Facebook page. He also identified who he believes are the perpetrators.

“So the local community near the Wild Coast Sun weren’t happy about something so what do they do…. they go onto the golf course and dig up the last 6 greens!!” he wrote. “Boggles my mind what goes through the heads of some people….. apparently there were some staff fired for illegal striking this past week and this was their retaliation.”

Hollick also tweeted some photos. They are ugly.

Local community dig up the greens at the Wild Coast Sun last night! We were meant to be playing a @Sunshine_Tour event this week! Local community has just affected about R400 000 being spent in the area in fees to caddies, Clubhouse staff and tourism…. pic.twitter.com/bRF1XRKVFq

Dean Grove posted a video of one of the greens on Twitter. “This is what happens when disgruntled employees get fired,” he said.

Disgusting! Taken this morning, and a @Sunshine_Tour event begins Wed at the Wild Coast. #Unjustified pic.twitter.com/AnfbvTp39U

The Sunshine Tour did not immediately respond to GOLF.com’s request for comment.

“A group of individuals [used] spades to damage sections of the course, including a number of the greens,” Sun International said in a statement. “There were no witnesses to the incident, but messages left on some of the course flags indicated that this was the beginning of further planned action.”

But despite the damage, a coordinated effort by the maintenance team, tour staff and players helped repair the greens to a playable state. The tournament begins on Wednesday and ends Friday.