U.S. Open 2019: Brandel Chamblee says Brooks Koepka is ‘the opposite of Greg Norman’

PEBBLE BEACH — Brooks Koepka has been on such an impressive major run of late that it’s hard to put it into proper context. Koepka returns to the U.S. Open as the two-time defending champion and has won four of the last eight majors he’s entered. That puts him in rarified air—even according to Brandel Chamblee.

“At this stage of his career I think you can say that there’s never been a player like him in the history of the game. At least I can’t recall one,” Chamblee said of Koepka on Golf Channel’s Live From on Monday evening.

“He’s like the opposite of Greg Norman. Even though Greg Norman won two major championships, you could say that he certainly underperformed given his talent and his dominance. 331 weeks Greg Norman was No. 1 in the world, yet when he showed up at majors he didn’t play anywhere near to that sort of dominance.” 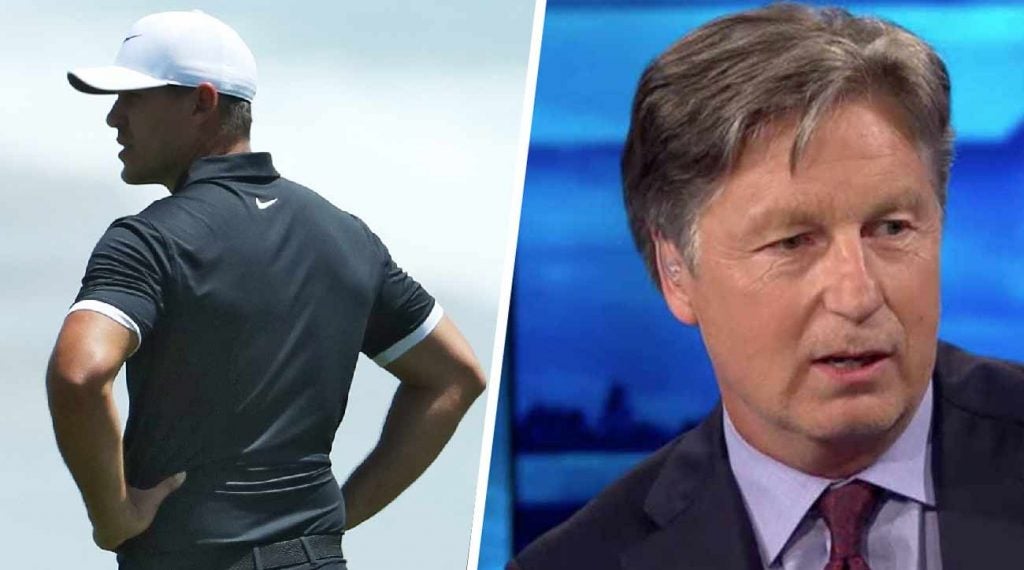 Koepka stands alone in terms of major dominance relative to his PGA Tour showings, which are middling by comparison. Consider two other active players with four majors: Ernie Els and Rory McIlroy. Els has won 71 times as a pro, 19 times on the PGA Tour. McIlroy has won 25 times, 16 of them on the PGA Tour. Koepka owns just two PGA Tour wins apart from his majors. That’s the sort of big-game hunting that has Chamblee flabbergasted, and drawing comparisons to famous athletes with the opposite results.

Koepka, Chamblee said, “shows up at regular Tour events and it’s almost like he’s bored. And yet he shows up here, and nobody would be surprised if he walked away and won.”

Tournaments
Okay, you try it! 8 pros on how they would handle the U.S. Open setup

It’s a marked difference from the way Chamblee spoke of Koepka in the lead-up to the Masters, when he questioned his decision-making and his toughness at different moments. But that was before Koepka (pinned a clown nose on Chamblee and subsequently) took down the PGA Championship at Bethpage.

The Koepka doubters are fewer than ever.