The TV broadcast team for ‘The Match’ has been unveiled, and it has a few surprises 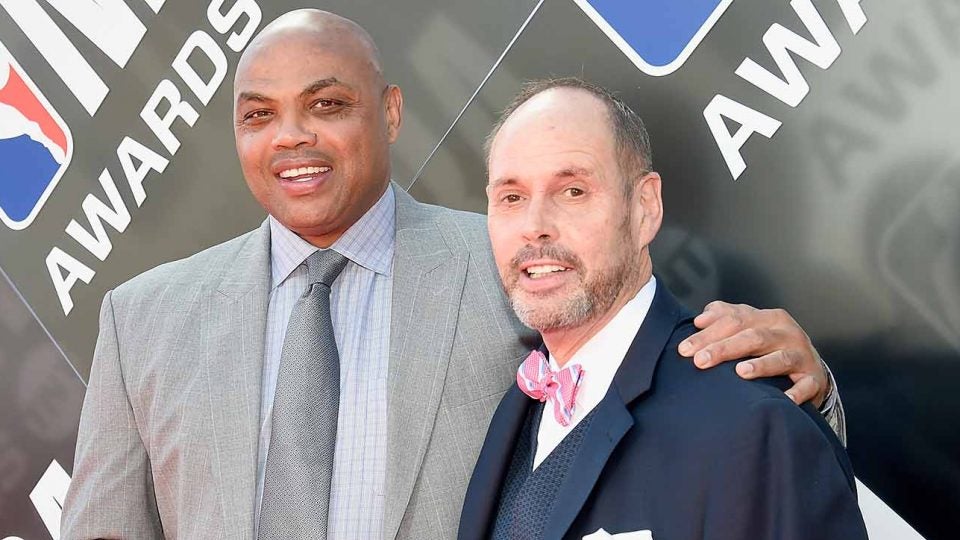 Charles Barkley and Ernie Johnson will be part of the match's TV coverage.
Getty Images

The pay-per-view match between Tiger Woods and Phil Mickelson is eight days away, and the latest surprise has been unveiled: the TV broadcast team. Golf fans will see some familiar faces — plus a couple, uh, “curveballs.”

Ernie Johnson will anchor the coverage and handle play-by-play. Johnson is a staple on TNT’s basketball coverage and its show “Inside the NBA,” while also manning the booth for the network’s major league baseball telecasts. Golf fans know him as the lead announcer for the PGA Championship when it airs on TNT.

Peter Jacobsen and Darren Clarke will be joining Johnson in the booth as analysts. Jacobsen, of course, is one of the most prominent voices on NBC/Golf Channel, and Clarke has appeared on Fox’s U.S. Open coverage.

Turner also announced that the broadcast will use two on-course reporters: Shane Bacon and Natalie Gulbis. Bacon has been a staple of Fox Sports’s golf coverage since it purchased the rights to USGA events in 2015. Gulbis is an LPGA veteran who has done a fair amount of television, including U.S. Open coverage, for Fox. (Bacon and Gulbis have also been contributors to GOLF.com.)

But wait, there’s more, and if the recent HBO documentary didn’t make you reach for your credit card, this is where it gets interesting. Turner also announced plans for a pre-match show that will air one hour before Woods and Mickelson tee off. It will be hosted by Bleacher Report’s Adam Lefkoe, and he’ll be joined by Charles Barkley, Pat Perez and Samuel L. Jackson. The show will include footage of Woods and Mickelson going through warm-ups and will be, according to the release, “a combination of sports and entertainment.”

Sam Jackson, Charles Barkley and Pat Perez on the same set? That alone might be worth $19.99. And who knows, the golf afterward could also be good. It all begins at 2 p.m. ET on Friday, Nov. 23.