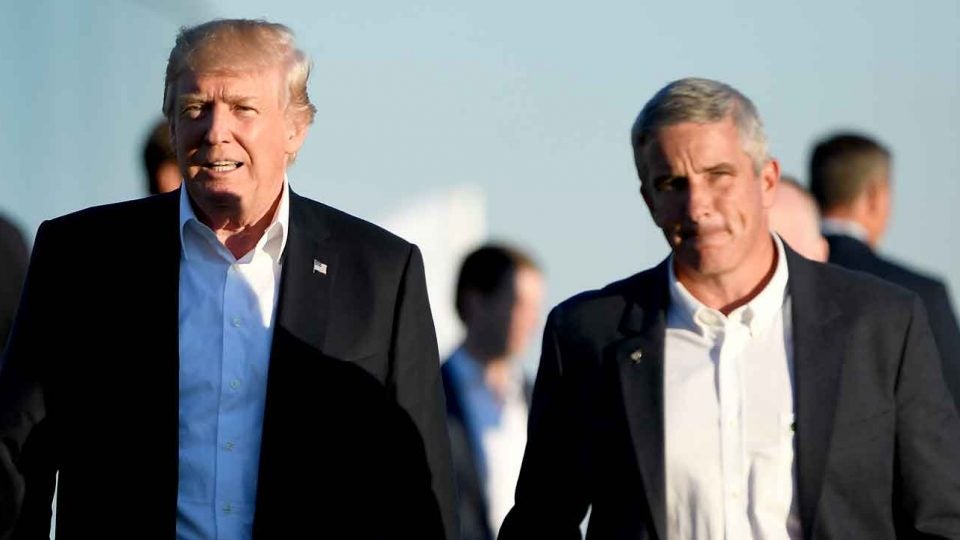 Both the PGA and LPGA Tours will return with fans in four to five months, President Donald Trump hopes.

In a conference call on Saturday with PGA Tour commissioner Jay Monahan, LPGA Tour commissioner Mike Whan and 10 other league leaders, Trump said he would like to see spectators at events by August or September, ESPN reported. Professional golf, along with every other professional sport, is on a hiatus until at least the middle of May due to the global coronavirus outbreak, and other leagues’ returns are largely unknown given the uncertainty of the virus.

“The President recognized the good work being done by many teams and players to take care for their communities, workforces and fan bases across the Nation,” read a White House statement, according to the Los Angeles Times. “The commissioners thanked President Trump for his national leadership and for his interest in the sports industry. President Trump encouraged them to continue to support their fellow Americans during this challenging time.”

ESPN also reported that Trump suggested a way for leagues to make it cheaper for fans to return. He said the organizations should lobby for tax incentives that used to exist for entertainment expenses.

A Tour spokesperson, GolfChannel.com reported, said that any comment would have to come from the White House.