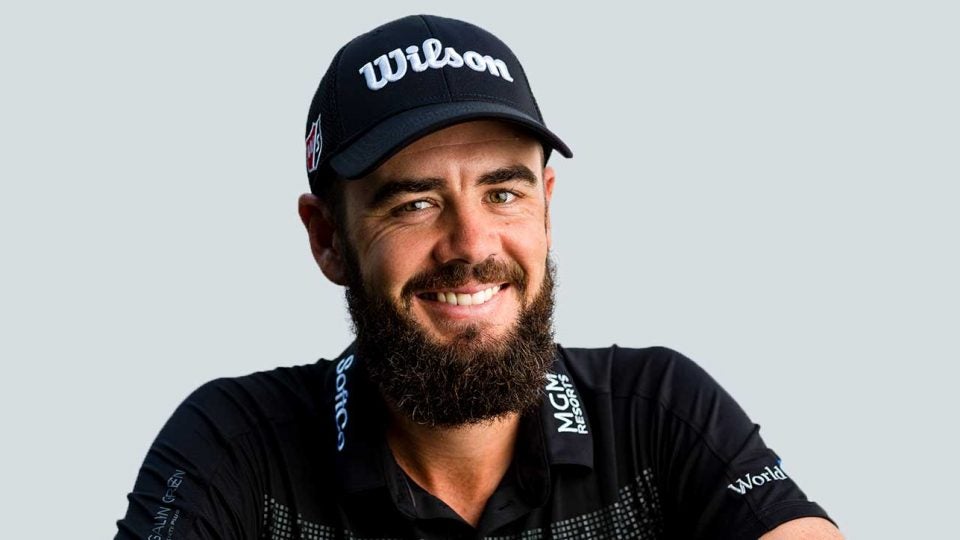 From a career-saving win to a career-threatening trip to the operating table, Troy Merritt, 33, saw the best and worst of times in 2018.

You’ve had quite a season. You bagged your second career Tour win, at the Barbasol, but were then hit with a health scare. How would you describe 2018?

On the course, it’s been my most consistent season. And getting that second win at the Barbasol was great. So I would say that 2018 has been … interesting. I went from consistent golf to having the first surgery of my life, for a blood clot in my chest and arm.

First, let’s talk about the golf. You were hovering around 125 in the standings, fighting to keep your Tour card, and then — boom! — you win again. Can you describe the relief of that victory in July?

With all these guys coming up who hit it so far and straight, and who’ve developed great short games, and who can really putt the ball — it felt like my game was fizzling and I wasn’t gonna be able to compete. So to battle through to get that win — and the restored confidence, knowing that the game I have to offer is still relevant on the PGA Tour — was pretty special.

It’s not exactly fashionable for pro athletes to admit to doubts about their own abilities.

Well, I’ve always believed in my talents and my ability to play with the right mindset. But when you start to hear from the outside — even just a little bit — that maybe it’s time to think about moving on, that you can’t compete anymore because the game’s changed, that’s kind of hard to hear.

Less than two weeks after the Barbasol win, you underwent an emergency procedure to remove a blood clot. You’d been playing with discomfort in your arm for a while, right?

Since about the middle of June, I was having tingling in a couple fingers, and my left arm would swell and unswell a couple of times a day. I could tell that the circulation wasn’t the best, but I could still hit a golf ball. And I was fighting to keep my card, so I had to keep playing. That win at Barbasol freed me up for the next two years. Then I played Canada [the Open] and came home. But that week off, between Canada and the PGA Championship, my arm turned purple and ballooned to twice its size. And the swelling never went down. My wife had me get into the doctor on the Friday before the PGA. I had an ultrasound done and tested positive for a blood clot. The doctor said, “You need to go down and check yourself into the ER.”

I was in there for about two hours. Somehow, I was able to tee it up on Thursday of the following week.

How frightening was that?

Everything went so fast — from the exam, to getting the IV hooked up, to getting onto the table — that I didn’t really have time to be scared, or to think, “What’s golf gonna look like after this?”

Did anyone discourage you from teeing it up at the PGA so soon after the surgery?

Probably the first alternate. [Laughs] I asked my doctor right after surgery if he thought I’d be able to play, and he said, “You’ll be able to hit a golf ball on Thursday, no problem.” It didn’t dawn on me until the Monday of the PGA — I was like, “Oh man, maybe the doctor’s idea of hitting a golf ball and my idea of hitting a golf ball are completely different!” Actually, I played pretty well for having not hit a ball in 10 or 11 days. Coming down the stretch on Friday, I really wanted to make the cut. Unfortunately, I fell one shot short. But I’m glad I was able to play. It was something I had earned, something I had qualified for.

You grew up and still live in Idaho. How tough is it to elevate your game while living in one of the coldest climates in the country?

I like the cold, I like the seasons. I can’t stand the thought of playing golf 12 months a year. I prefer to have breaks. It makes you relish your chances when you do get them.

When you put the sticks down, what’s your favorite thing to do?

I like being home with my family, my wife and my two boys, and being involved in their lives. I don’t get to experience that on the road, so I just try to ease myself in — and not screw up too badly.