2020 Travelers Championship live coverage: How to watch Round 1 on Thursday 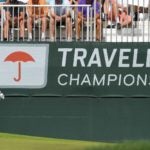 On Thursday, golf fans will see only the ninth round played since the PGA Tour returned to action in early June when the opening round of the 2020 Travelers Championship at TPC River Highlands gets underway. Here’s what you need to know to watch the first round in Connecticut.

When Chez Reavie teed off at last year’s Travelers Championship in what would turn into his second Tour victory, he was surrounded by packed grandstands. The scene will look a lot different when the opening round of the 2020 Travelers begins on Thursday. For the third week in a row, the stars of the PGA Tour will play a tournament without fans in attendance to prevent the spread of the coronavirus.

But there will be plenty of action for golf fans to watch from the comfort of their own homes. Reavie gets things going early at 7:25 a.m. ET on Thursday alongside Jon Rahm. They will be followed immediately by the trio of Rory McIlroy, Phil Mickelson and Bryson DeChambeau.

Several other players who have won multiple major championships, including Jordan Spieth and Bubba Watson (who authored his first Tour win at the Travelers in 2010) will also be vying for the title this week at TPC River Highlands. Here’s everything you need to know to watch the tournament on TV or stream it online.

How to watch Travelers Championship Round 1 on TV

Golf Channel will broadcast the action for the first round of the 2020 Travelers Championship. They will air three hours of coverage from 3-6 p.m. ET on Thursday.

How to stream Travelers Championship Round 1 online

For golf fans with an active cable subscription, streaming the entire 2020 Travelers Championship online will be easy. You can catch the full first round Golf Channel broadcast on golfchannel.com. Fans can also view Featured Group coverage of the opening round all day Thursday via PGA Tour Live, though you will need an account to access the stream.

2020 Travelers Championship tee times for Round 1 (All times ET)