Wyndham last chance for players to qualify for FedEx Cup, and for some to keep Tour card 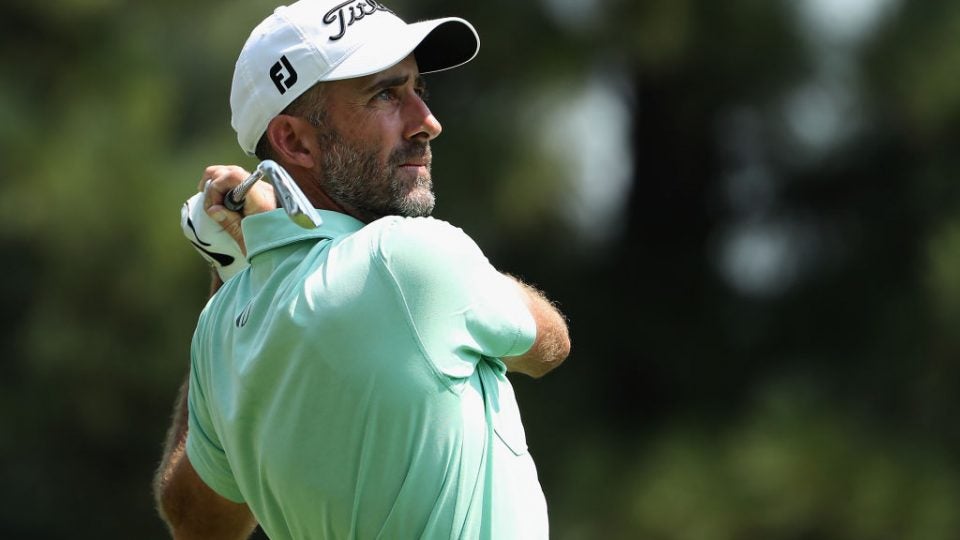 RENO, NV - AUGUST 03: Geoff Ogilvy of Australia plays his tee shot on the third hole during the first round of the Barracuda Championship at Montreux Country Club on August 3, 2017 in Reno, Nevada. (Photo by Christian Petersen/Getty Images)

Last call: The Wyndham Championship is the final PGA Tour event to qualify for the FedEx Cup playoffs, which in some cases, means keeping a full PGA Tour card.

Geoff Ogilvy, who used a one-time exemption from top 50 in career money, is on the biggest bubble at No. 125.

Rick Lamb is on the next bubble at No. 150. Players who finish between No. 126 and 150 at least have conditional status. That’s where Chris Stroud started last season.

Players who finish between No. 126 and 200 are eligible, if they need it, for the Web.com Tour Finals, which offers PGA Tour cards to the leading 25 players on a money list for four tournaments. Finish outside the 200 and it’s a tougher road back to the big leagues.

Among those outside the top 200 going into the Wyndham Championship are Carl Pettersson (203), Jason Bohn (204) and Brad Fritsch (205). Pettersson and Bohn each have status as a past PGA Tour winner. They also could use a one-time exemption to play the Web.com Tour because they have been fully exempt the last five years.

Fritch, because he won on the Web.com Tour last year, would have Web.com status as a past champion, but he would be subject to the first reshuffle.

The answer for all of them is to play hard.