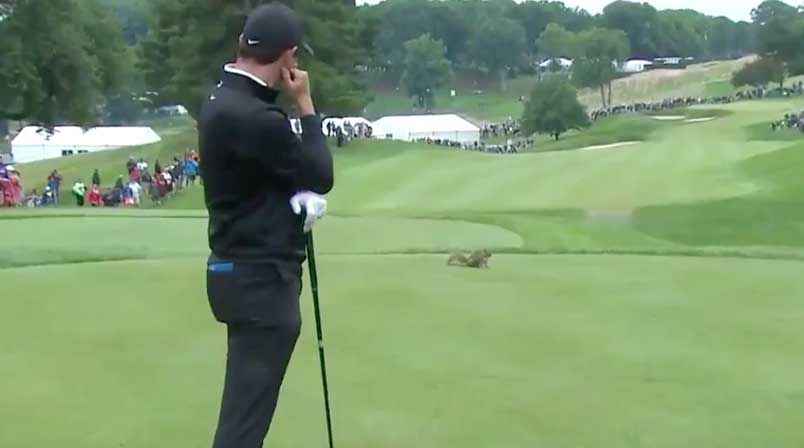 Rory McIlroy had to deal with pace of play issues on Saturday.

It was a normal Saturday for Rory McIlroy until a squirrel crashed his tee time.

Teeing off to begin his third round of the Travelers Championship, McIlroy stood over his ball and was ready to swing until a furry friend ran across the tee box. The squirrel forced McIlroy to back off his ball — and laugh, along with everyone else — and enjoyed it’s time in the spotlight before it finally let the four-time major champ proceed.

You can watch the video below. McIlroy shot a one-under 69 on Saturday, is eight under for the tournament and eight back of 54-hole leader Paul Casey.