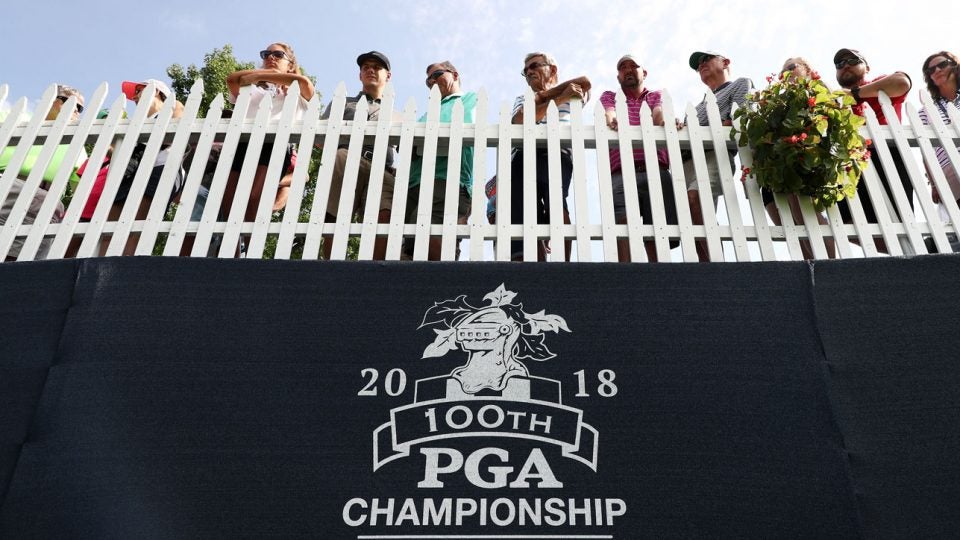 Fans look over a section of fence similar to the one that collapsed yesterday at Bellerive.
Getty Images

No one was seriously injured Monday when a section of fencing on a platform near the 18th green at Bellerive collapsed as fans leaned against it while seeking autographs from the pros on the ground below, the Golf Channel reports. Some fans fell nearly eight feet. Both Jim Furyk and Jordan Spieth were nearby when the incident happened.

Golf Channel cameras caught the commotion on tape. Jim Furyk was answering questions about his preparation for the PGA Championship when a crash can be heard behind the camera. The footage shows people yelling and rushing forward, and it’s unclear how many spectators fell. Jordan Spieth reportedly checked on some of the fans who fell and signed a glove for one boy.

The PGA of America issued a statement after the incident:

“The safety of spectators is our top priority. This afternoon the temporary fencing in the spectator areas around the course was inspected and reinforced as needed to ensure it is secure.”