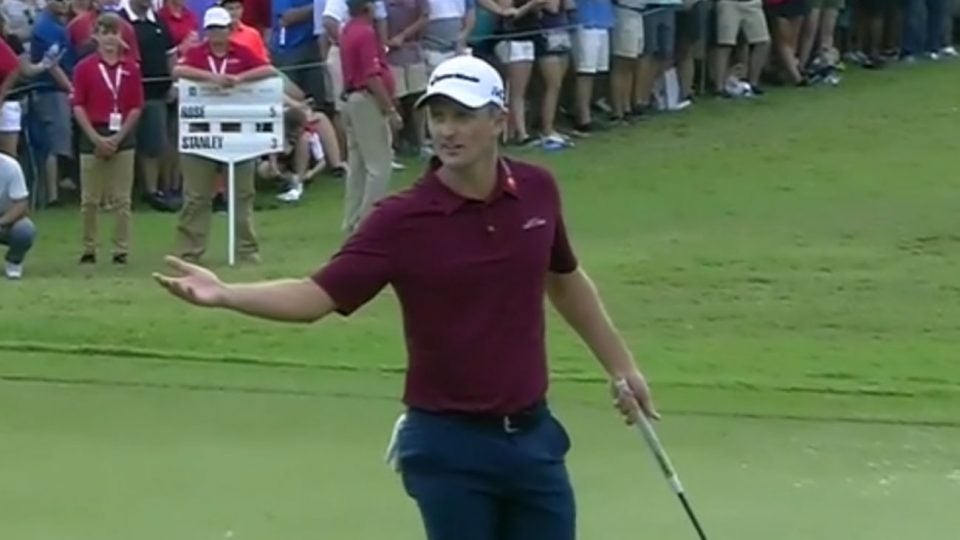 Justin Rose came to the 18th hole at East Lake Golf Club needing a birdie to win the FedEx Cup title and $10 million.

It was a less-than perfect afternoon for Rose in the final round of the Tour Championship. He began the day three shots back of Tiger Woods, but slipped back with five bogeys against just one birdie over the course of the first 17 holes.

But the math worked out so that Rose needed birdie for a closing round of 73 that would leave him inside the top five.

Rose crushed his tee shot down the fairway, all the way through and into the rough. From there, his long iron hit the bank at the front of the green and just skipped onto the front edge. From there, it was a simple two-putt to win the FedEx Cup and that $10 million prize.

Right down the middle for @JustinRose99.

“Sorry guys, I know who you were rooting for,” he said to the camera with a grin as he walked off the green. Tiger Woods was just a group behind.