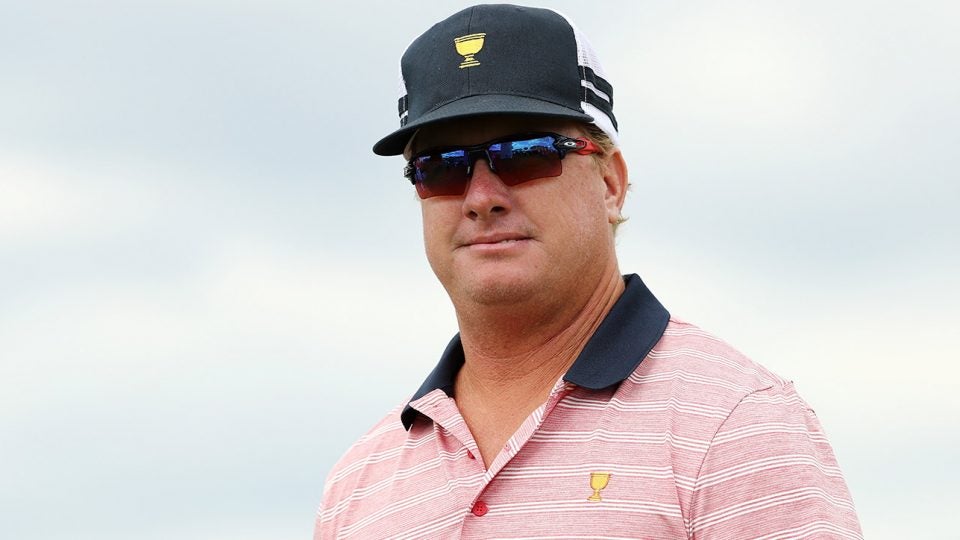 Charley Hoffman is giving back to his city at the Shriners.
Getty Images

AUGUSTA, Ga. — Charley Hoffman made a hole-in-one and turned in one of the best celebrations of the week on Sunday at the Masters.

Hoffman aced the 178-yard par-3 16th, threw his hands in the air and then celebrated with his caddie, playing partner Tony Finau, the patrons and pretty much anyone else who was within his reach. (Luckily for Hoffman, he didn’t injure himself like Finau did after his ace on Wednesday.)

Check out the shot below. It moved Hoffman to six under for the tournament.