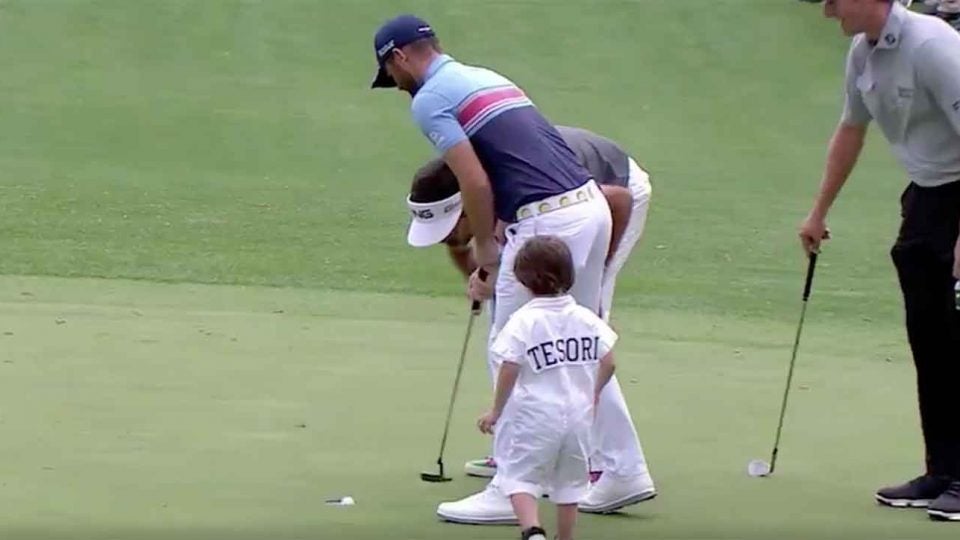 AUGUSTA, Ga. — Bubba Watson isn’t shy when it comes to trying his hand at trick shots, and he pulled off a fantastic one at the Masters Par-3 Contest Wednesday.

Watson, playing in a group with Webb Simpson and Wesley Bryan, had a short putt remaining on 7th hole when he decided to put on a show for the fans.

Using the toe of his wedge, Watson knocked his ball well past the hole — by at least 20 feet — and waited for it to catch the ridge and roll back down and into the cup. He showed off while waiting for the ball to make its way to the hole by shaking hands with Simpson and Bryan. Check out the shot below.