USGA alters rule, will allow professionals to compete after qualifying as amateurs 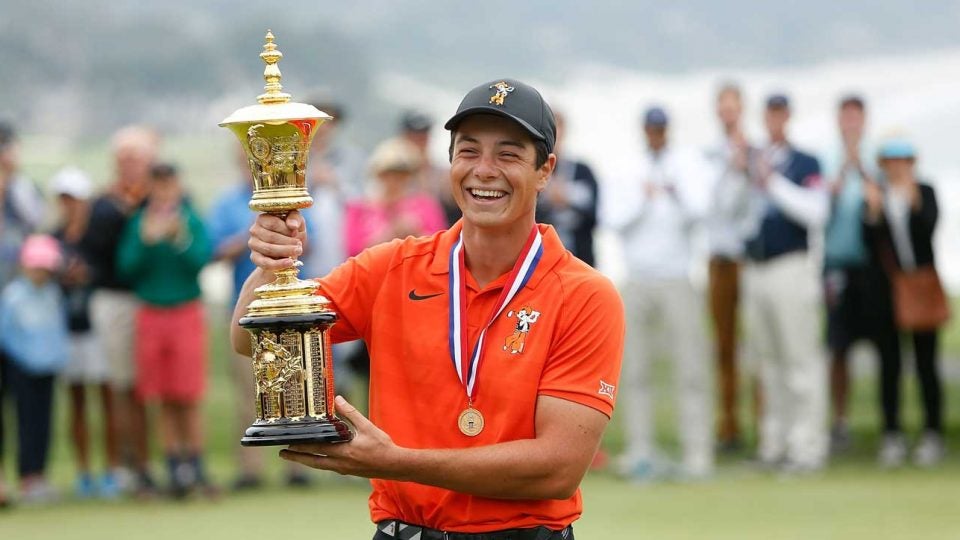 In what will surely become known as the Viktor Hovland Rule, the USGA has changed a rule that eliminated exemptions into its events for professional players who previously qualified as amateurs.

This comes one day after Hovland finished just shy of earning PGA Tour status for 2020, in the midst of a 4th-place finish at the Wyndham Championship. Hovland had remained an amateur until the week after the U.S. Open in order to compete and use his exemption as the reigning U.S. Amateur champion.

Hovland went on to finish tied for 12th at Pebble Beach as low amateur, but take home nothing in monetary earnings. If that week had counted toward his FedEx Cup standing, Hovland would be a PGA Tour member.

“We believe this change gives our champions an important option as they choose whether and when to embark on their professional careers,” said John Bodenhamer, USGA Senior Managing Director, Championships. “Given the significant purses awarded at the U.S. Open and U.S. Women’s Open, we realize how important it is for players to make the most appropriate decision for his or her career, and the positive impact it could have at the outset of their professional careers.”

The purses are certainly significant. The U.S. Open and U.S. Women’s Open boast the highest purses in their respective sides of the sport. If Hovland was a pro competing at Pebble Beach, he would have earned more than $200,000. Instead, he will have to battle his way through the Korn Ferry Tour Finals later this month.

Hovland was also low amateur at the Masters in April. Augusta National has maintained a similar rule of players needing to remain amateurs to make good on exemptions earned as an amateur. With the current schedule in place, it can be reasonably expected for high-ranking amateurs who qualify for the U.S. Open to turn professional following their collegiate seasons wrapping up in the spring.