The tight fairways and lush rough typical at U.S. Open courses tends to cause the greats of the game to rise to the top of the leaderboard. But not every U.S. Open champion is a golf legend, or even a household name.

But winning a U.S. Open is an incredible accomplishment no matter the circumstances, and every champ deserves his time in the spotlight. In light of that, here are 11 players who you forgot won the U.S. Open (or didn’t know to begin with.)

There were a ton of lesser-known champions before 1950, so for the purposes of this list, we restricted our forgotten champs to 1955 and on… with one exception, the first name on our list: Ed Furgol. Ed Furgol makes the cut in part because of his high-quality name, but mostly for his origin story.

Furgol injured himself falling off of parallel bars as a child. As a result of the accident, his left arm was 10 inches shorter than his right. Despite that, Furgol took up the game of golf and went on to win six PGA Tour events, including his lone major at the 1954 U.S. Open at legendary Baltusrol Golf Club in New Jersey. 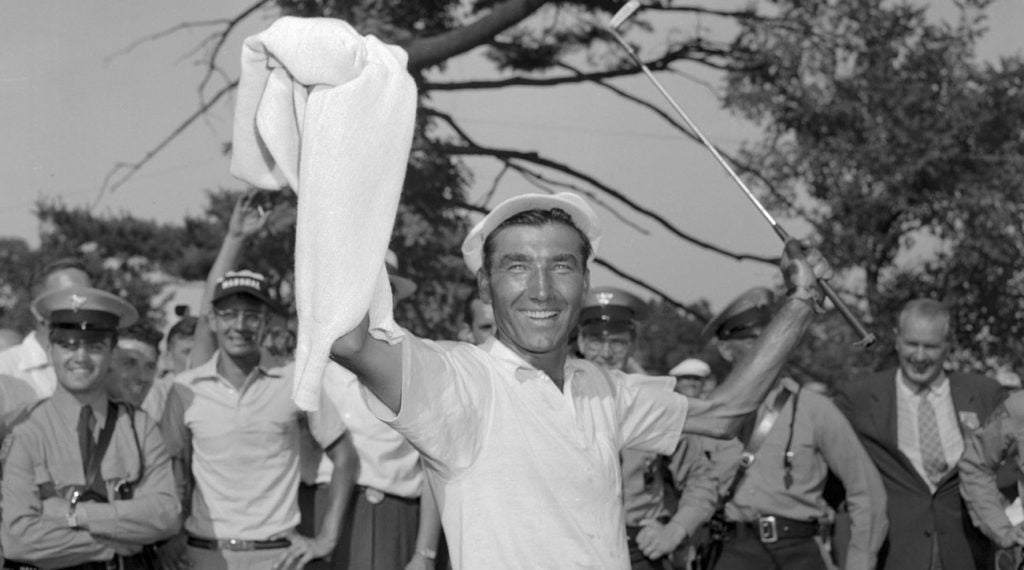 Ed Furgol waves to the crowd during the final round of the 1954 U.S. Open at Baltusrol
Bettmann/Getty Images

Dick Mayer, who won a total of seven events in his PGA Tour career, probably should have won the ’54 U.S. Open, not Furgol. But a disastrous triple bogey on the final hole left him two shots behind the first player on our list.

No matter. Only three years later, Mayer would erase that disappointment at Iverness Club in Ohio by defeating Cary Middlecoff in a playoff to finally lift the U.S. Open trophy. It would prove be his only victory in a major championship. 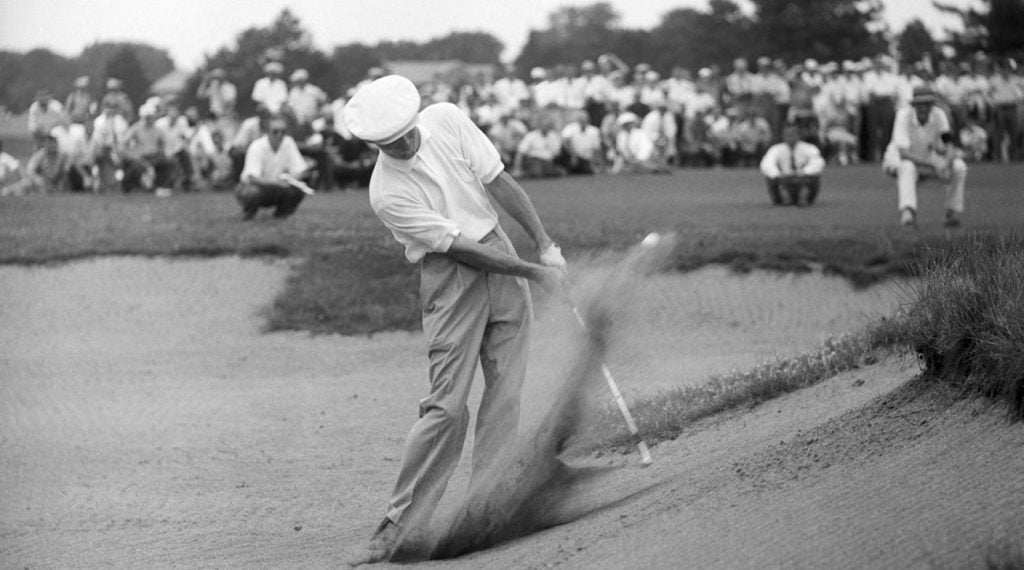 Dick Mayer at the 1957 U.S. Open at Inverness Club in Ohio.
Getty Images

They don’t make U.S. Open champions like Orville Moody anymore. Moody joined the U.S. Army not long after graduating High School in 1952. He spent 14 years in the service, but, as the son of a golf course superintendent, he still worked golf into his military life. Moody headed up maintenance and instruction at Army golf courses, and even won three Korea Opens while stationed there.

In 1967 and in his mid-thirties, Moody traded in his fatigues for a PGA Tour card. In his third year on Tour, Moody, who became known as “Sarge” by his fellow pros, captured the 1969 U.S. Open at Champions Golf Club in Houston. He never won another Tour event, though he did eventually graduate to the Champions Tour where he won the U.S. Senior Open. 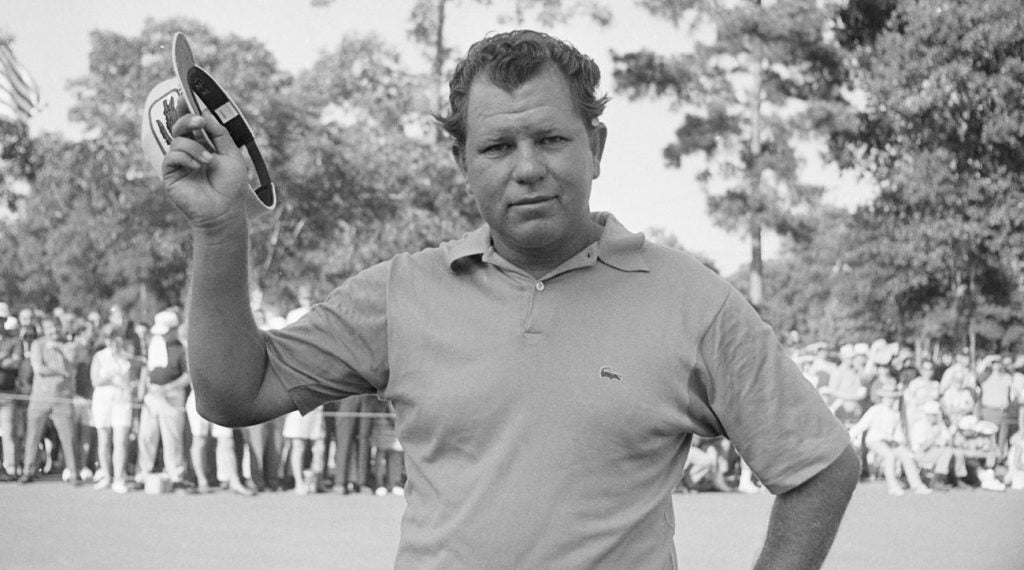 Tony Jacklin is far from a forgotten name in the game of golf. Jacklin won two majors as a player and captained four-straight European Ryder Cup teams in the 1980s. But he makes this list for another reason.

When Jacklin dominated the 1970 U.S. Open at Hazeltine with a seven-shot victory, he became the first Englishman to win the tournament since 1924. Incredibly, the world would have to wait another 40 years before another European player won the U.S. Open. 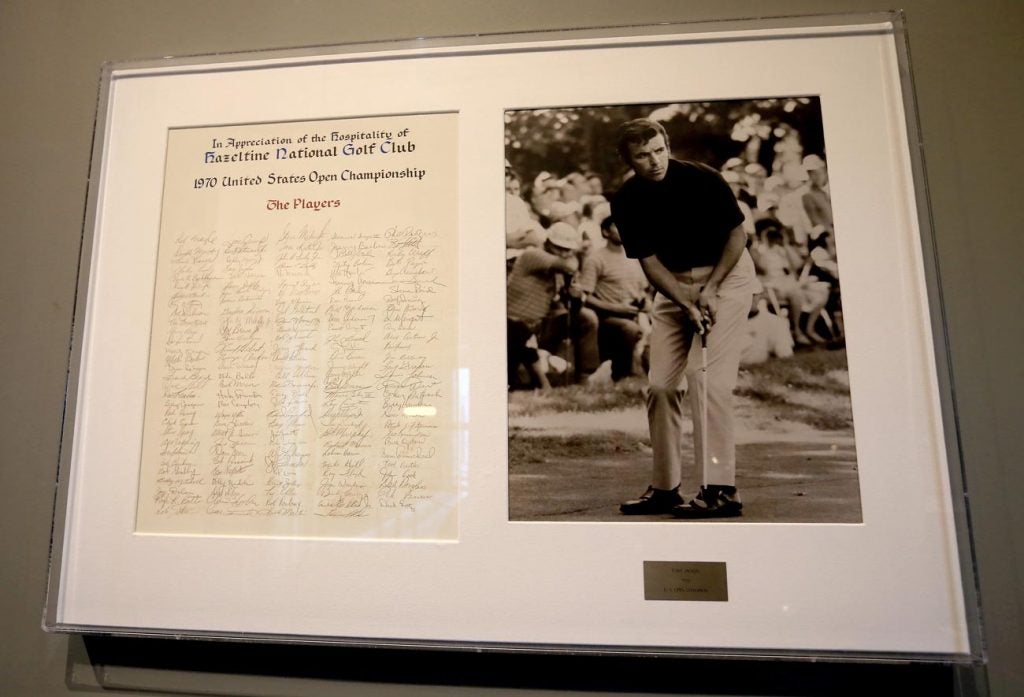 Like Moody, Louis Krebs Graham served in the Army before joining the PGA Tour, as part of the infantry regiment that guards the Tomb of the Unknown Soldier in Arlington National Cemetery. Also like Moody, he didn’t let the Army take away from his golf game, winning the Inter-Service Championship while serving.

Graham’s long career on Tour was highlighted by his triumph over John Mahaffey in a playoff at the 1975 U.S. Open at Medinah. 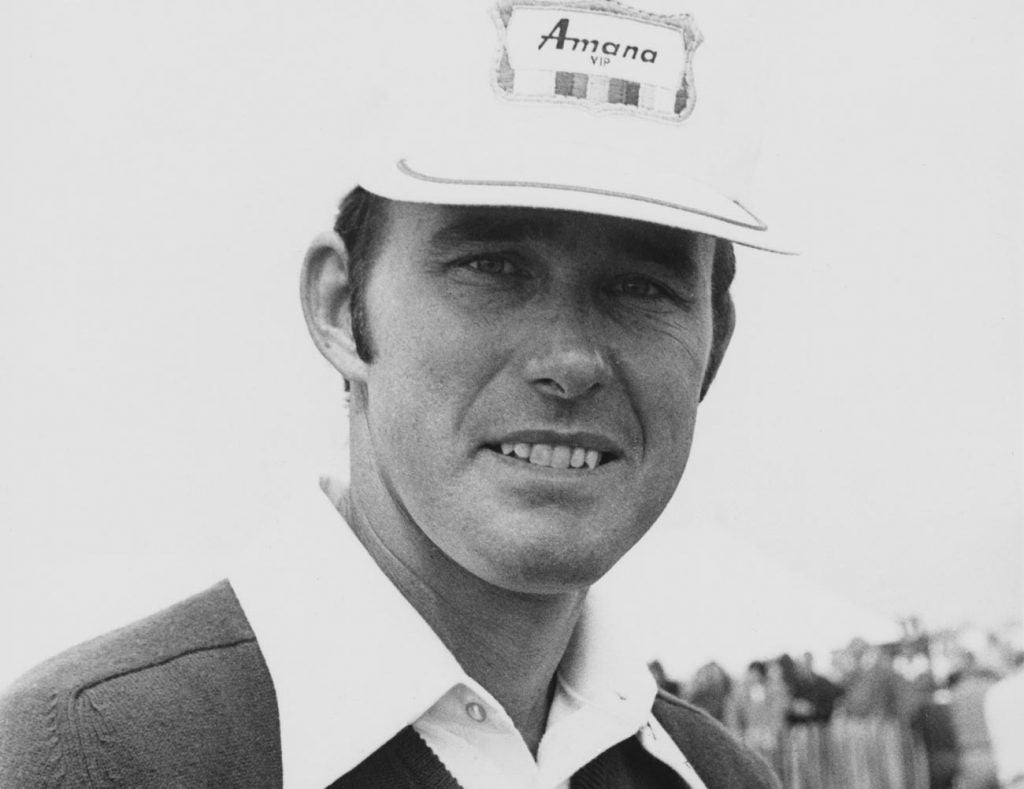 Jerry Pate accumulated eight PGA Tour wins in the 1970s and 1980s, but it was his first victory that made the biggest mark.

Pate won the 1976 U.S. Open at Atlanta Athletic Club as a 22-year-old rookie. That performance backed up his previous victory at the 1974 U.S. Amateur. He never won another major, but his final win came at the 1982 Players at TPC Sawgrass. He celebrated by jumping in the lake, but only after pushing Pete Dye and PGA Tour commissioner Deane Beman in first. 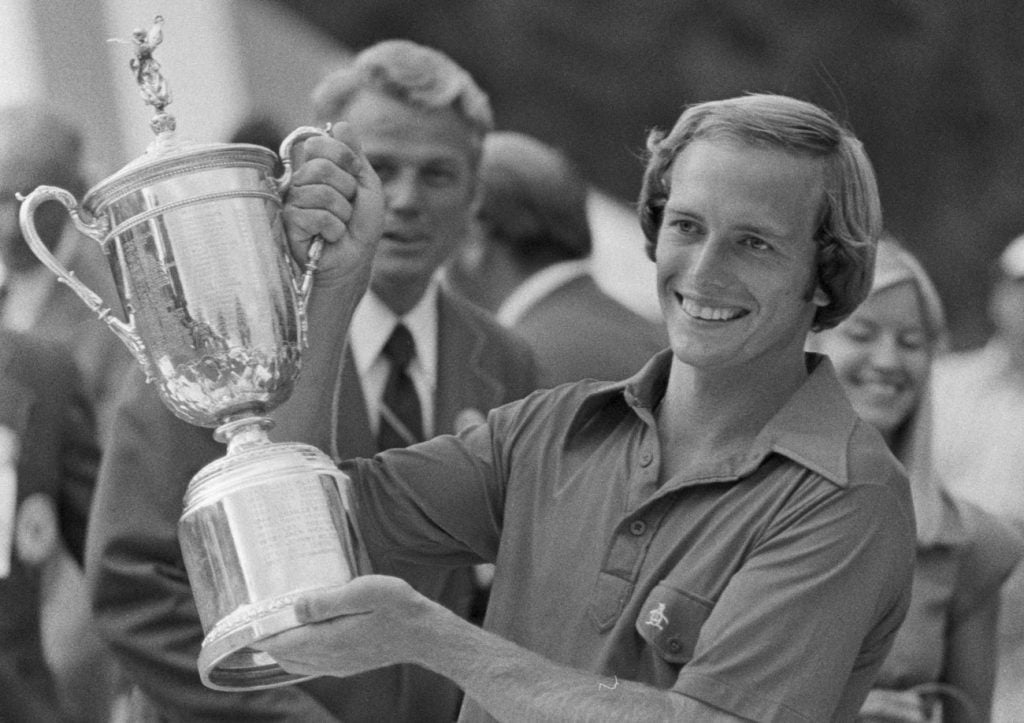 Fuzzy Zoeller is a familiar name to golf fans. Most people know that he won the 1979 Masters, and even more people know about his controversial comments after Tiger Woods‘ first win at Augusta in ‘97.

But the ’79 Masters wasn’t Fuzzy’s only major triumph. Zoeller won the 1984 U.S. Open at Winged Foot, where he beat out Greg Norman in a playoff to serve Norman one of many career near-misses in majors. 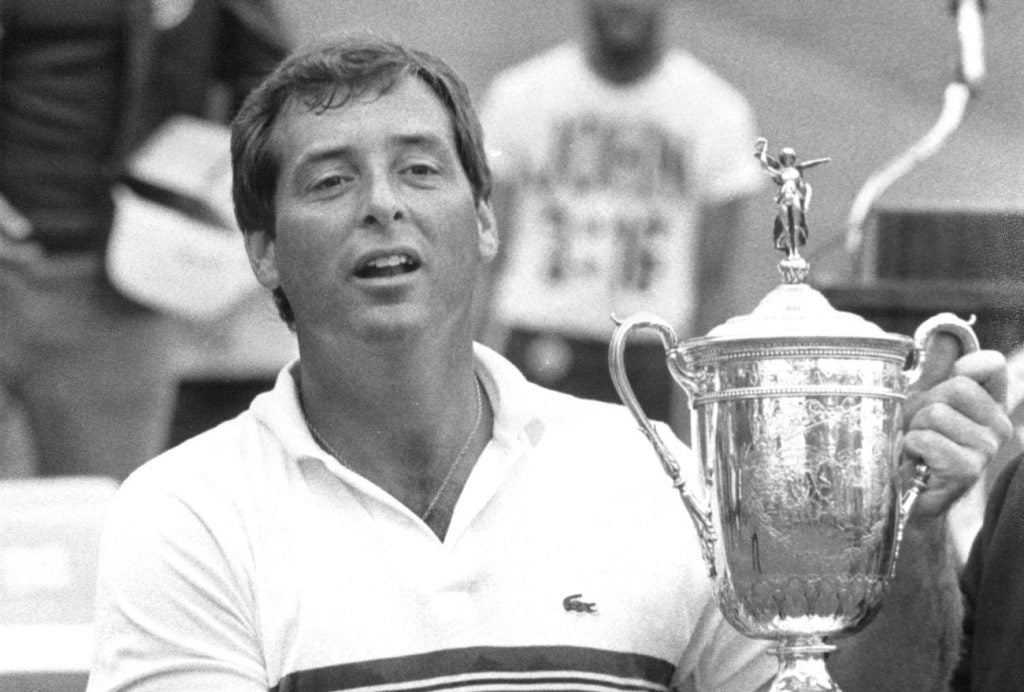 Steve Jones began his PGA Tour career in the early 1980s but didn’t experience much success until his second stint on Tour after temporarily losing status. In 1991, Jones was involved in a dirt bike accident that damaged his fingers and forced him to miss three full season on Tour.

Then in 1996, Jones earned a spot in the U.S. Open field at Oakland Hills by surviving the qualifying tournaments. When he hoisted the trophy that Sunday, he became the first sectional qualifier to win since Jerry Pate in ’76. 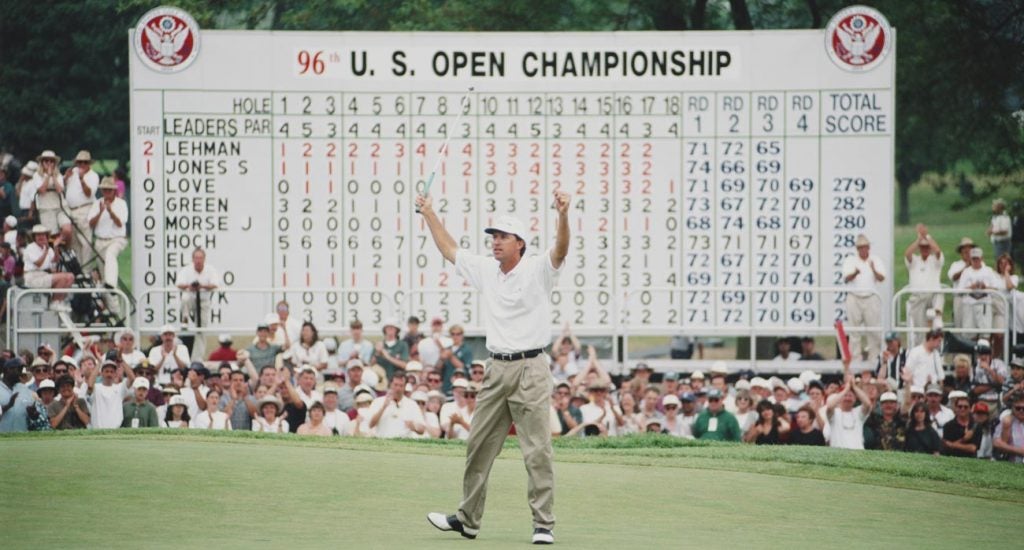 In 2005, the USGA introduced a U.S. Open sectional qualifier in Europe for the first time. New Zealander Michael Campbell finished on top there to earn his spot in the U.S. Open at Pinehurst No. 2.

Campbell survived brutal conditions at Pinehurst to shoot a final-round 69 and capture his first and only major championship. Tiger Woods had a chance to take the trophy from him, but two late bogeys left him two shots behind Campbell. 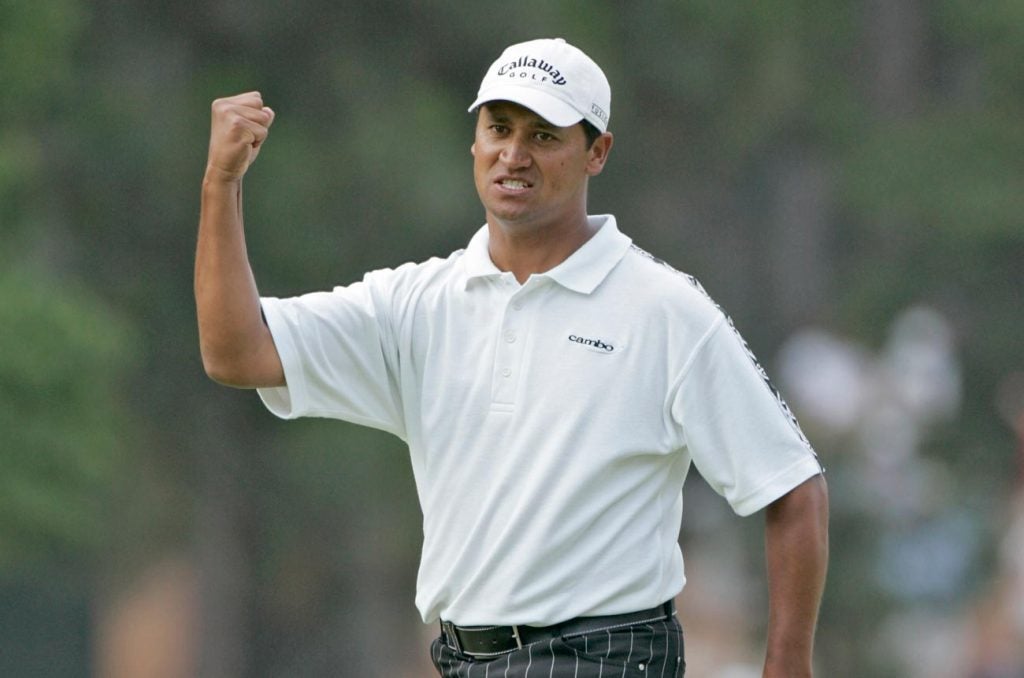 Michael Campbell during the final round of the 2005 U.S. Open at Pinehurt No. 2.
Getty Images

Brooks Koepka overcame a late stumble to win the 2019 PGA Championship at Bethpage Black. Ten years before, a different major was held on the difficult Black Course: the 2009 U.S. Open.

Lucas Glover arrived at Bethpage for the ’09 Open ranked 71st in the world and having never made a cut in the tournament. He left as a U.S. Open champion, defeating a trio of players that included Phil Mickelson by two strokes. Glover has only one pro victory since. 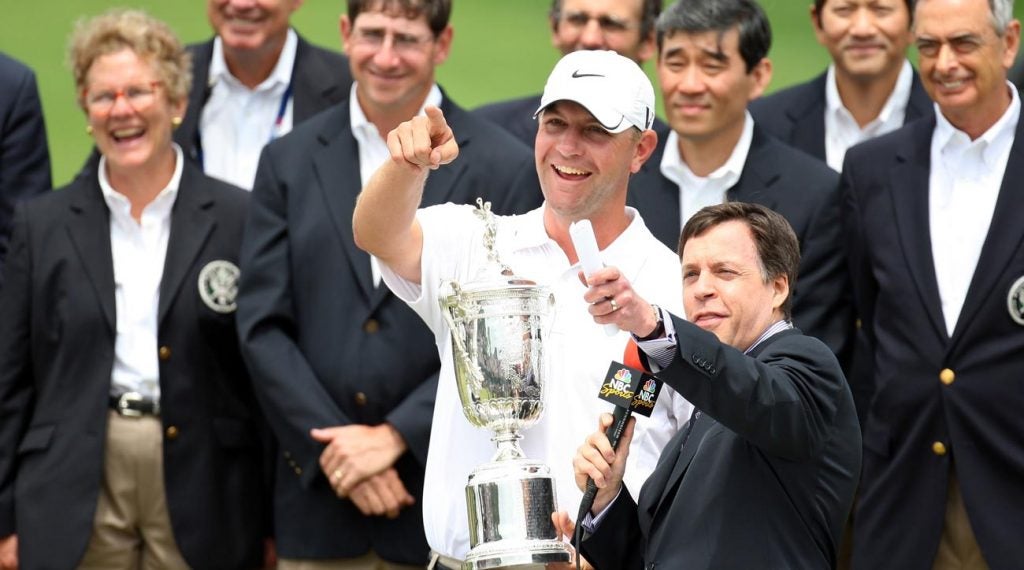 The last time the U.S. Open was held at Pebble Beach in 2010, it looked as if a young Dustin Johnson would capture the break through win he had been looking for. But DJ famously collapsed in the final round, opening the door for a relative unknown to claim the title: Graeme McDowell.

With his win, McDowell became the first European golfer to win the U.S. Open since Tony Jacklin in 1970. He capped the year with a dominant performance at the Ryder Cup where he led Team Europe to victory. It would be three more years before G-Mac captured another Tour win. 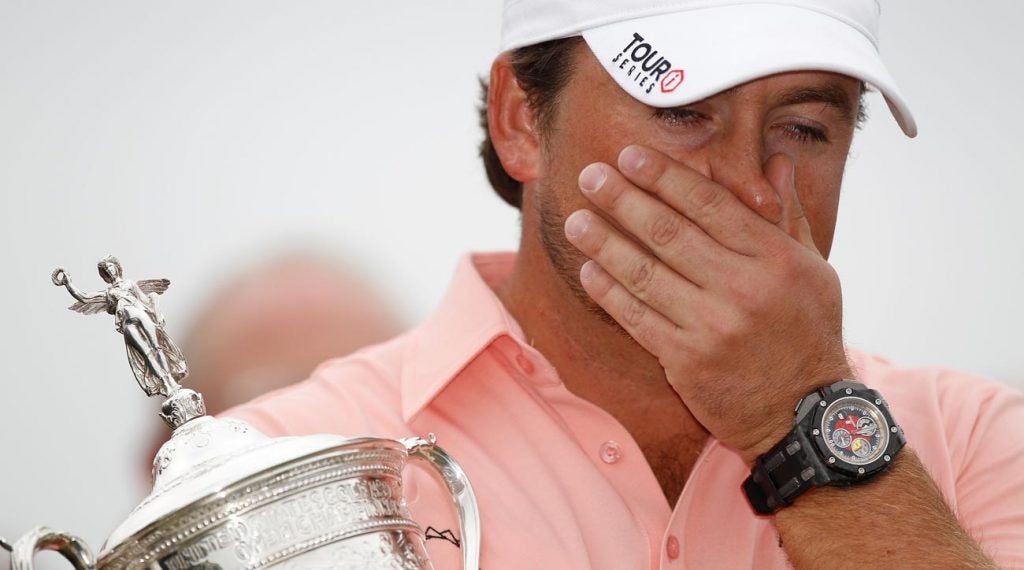