U.S. Open 2019: What you need to know for Saturday at Pebble Beach

It’s hard to believe, but the 2019 U.S. Open is already halfway over at iconic Pebble Beach. Gary Woodland carded a scintillating 65 to go with his first-round 68, and he now leads by two over first-round leader Justin Rose. But lurking close behind is an intimidating cluster of other major champions: Louis Oosthuizen, Rory McIlroy, and Brooks Kopeka are all within shouting distance. Can they claw their way back into the fray at the top of the leaderboard? Here’s what you need to know for Saturday’s third round.

We’re finally in twosome-ville! Here are the five most intriguing pairings, along with their Saturday tee times (ET).

2. The cut has been made

After the second round, golfers with the low 60 scores, plus ties, earn the right to play the final two rounds. This year, 79 players made it into the weekend with a score of two over par or better, meaning 77 players were sent packing. Notables among them? Lucas Glover, Branden Grace, Tony Finau, Jimmy Walker, Ian Poulter, Justin Thomas, Mike Weir, Kevin Na, Ernie Els, Keegan Bradley, J.B. Holmes, Bubba Watson, and Lucas Bjerregaard.

3. How to watch the U.S. Open on Saturday

Streaming options will be available on usopen.com beginning at 12 p.m. ET, where you can watch footage of the practice tee and featured groups and holes. The TV broadcast is on Fox from 12 p.m.-10 p.m. ET.

The weather has been mostly cloudy for the first two rounds, and Saturday’s forecast is nearly identical to Rounds 1 and 2. The temperature is expected to range from the low-to-mid 50s at the beginning of the players’ rounds to a high of 58 degrees by the end of the day. The wind is expected to be calm, maxing out at 10 mph. 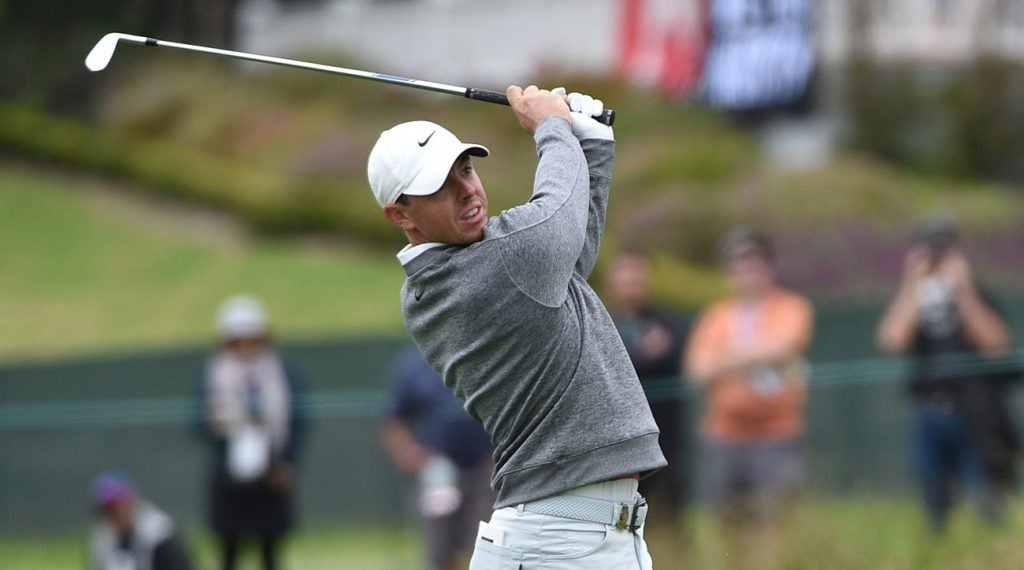 Tiger Woods needed some fireworks on Friday to get himself back in contention, but unfortunately he stumbled late in his second round with back-to-back bogeys on his final holes, Nos. 8 and 9, to sign for a score of one-over-par 72. His two-round total of 142 was enough to make the cut, but he’ll need a mighty rally this weekend to get himself back in the game.

Woodland has never finished better than T6 in a major championship. Could this be his year? His previous best finish at a U.S. Open was T23, way back in 2011. Two-time defending U.S. Open champ Brooks Koepka is five shots behind Woodland, but certainly not out of it. After back-to-back rounds of 69, he could catch fire this weekend.

Rory McIlroy and Louis Oosthuizen are two other players to watch. It’s been nine long years since Oosthuizen’s lone major victory at the Open Championship at St. Andrews in 2010. He’s had runner-up finishes in every other major since then. And McIlroy is seeking his fifth major, and first since 2014. It could be a particular redemptive weekend for either player.

And let’s not forget about Tiger. If he can summon some of that old magic on Saturday, he just may get himself back into the conversation. There’s a lot of history still up in the air. That makes Saturday worth watching.