Epic 24-for-1 playoff set for Wednesday morning at U.S. Amateur at Pebble Beach 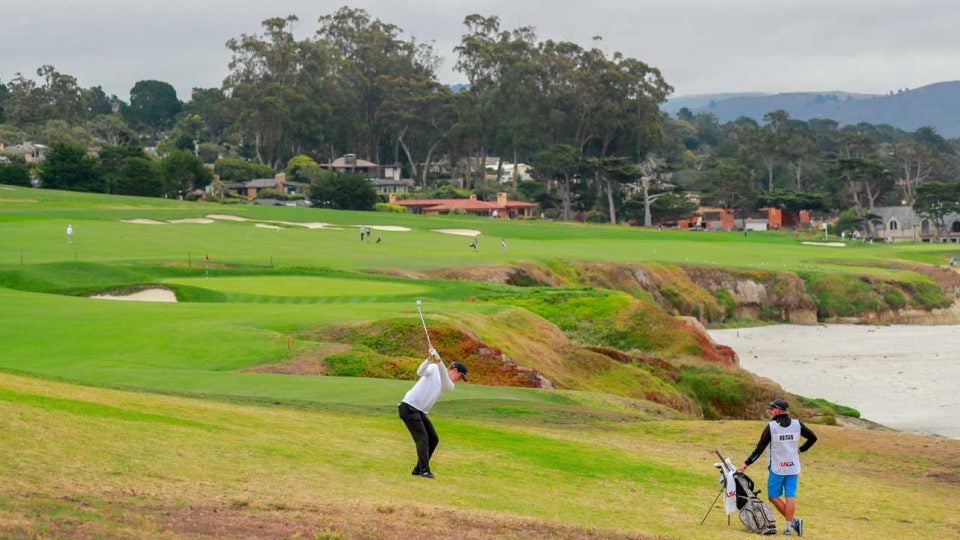 Whatever you do Wednesday morning, stay tuned to the playoff at the U.S. Amateur at Pebble Beach.

After two days of qualifying for the match play portion of the championships, the field of 312 has been whittled down to 63 players who are locked in, and 24 others vying for one final spot. Yep, that’s a 24-for-1 playoff at Pebble, beginning on the difficult par-3 17th.

The group of 24 all finished at four over after 36 holes, just one week after a 9-for-1 playoff to advance in the U.S. Women’s Amateur. The 24 players will begin playing at 7:30 local time in six different foursomes. A birdie is likely the only way to move on, but players will be stuck waiting for other groups to finish before moving on themselves. Through two rounds, the 17th has played 3.323 strokes on average for the field, so expect bogeys to eliminate some competitors. Only 18 birdies have been made on that hole thus far this week.

While the match play rounds will be covered on FS1, this gigantic playoff can be found on the USGA’s Facebook, YouTube and Twitter accounts. This story will be updated as the playoff concludes.