‘Two weeks to prepare for the biggest tournament of my life’: Tristyn Nowlin was never going to miss the ANWA

Next on the tee: Tristyn Nowlin

“Two weeks to prepare for the biggest tournament of my life,” she says.

Nowlin, an Illinois junior, received an invite to the inaugural Augusta National Women’s Amateur in January, but she was also well aware of what she would have to overcome to even get to Wednesday’s first-round tee time. She knew surgery on her right wrist, which had plagued her on and off since her freshman season, was looming on Feb. 5. That meant she’d be out for about four to six weeks and have just a couple of weeks to practice with full swings. Her doctor assured her that even if there was pain while swinging post-surgery, it wouldn’t cause any more damage. That was enough for Nowlin. 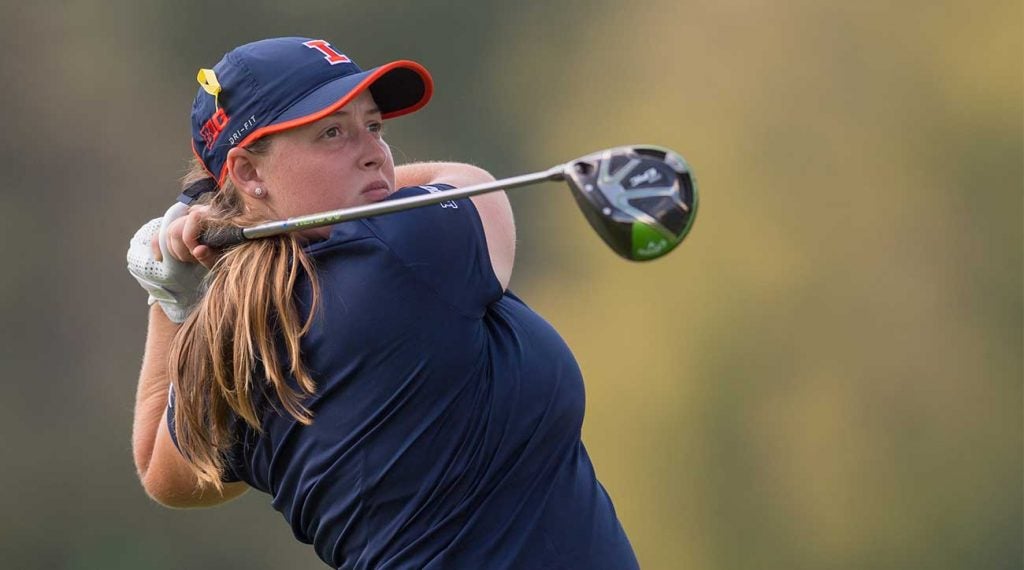 The surgery was a success. Nowlin was hitting chip shots by the end of February and was cleared for full swings on March 8, and on March 14 — slightly ahead of schedule — she was striping balls on the range. The ANWA was less than three weeks away.

Phil Nowlin knew his daughter had talent long ago, when she was “an itty-bitty thing” goofing around at her grandparents’ house. She found a tobacco stick and Phil started pitching her pieces of gravel. She was hitting ‘em back to him at a 50-percent rate, and Phil realized her hand-eye coordination was special.

“It was kinda crazy,” he remembers. “She was just a natural at it.”

Nowlin, an only child from Richmond, Ky., started playing golf when she was 7, and at 9 was hooked up with local pro Jason Eberle out of Gibson Bay Golf Course, who she’s still with today. She first beat her dad when she was 10, and at 11 she was driving par-4s from the women’s tees. Golf later led her to the Illinois women’s team, and she was 183rd in the Women’s World Amateur Golf Ranking when the ANWA was announced last April. A long-shot to qualify at that time, Nowlin hit another gear in the summer.

She finished second at the Women’s Western Amateur in June and was runner-up again at the Illinois Women’s Open two weeks later, where she was the low-am. In October she won the Cardinal Cup for her first collegiate victory of her career.

“She does have length, and that puts her in position to take advantage of par-5s,” said Renee Slone, Illinois’ women’s golf coach. “Putting-wise, she can get on a roll if she has momentum on her side. It’s kind of one of those things where if she gets rolling she’s off to the races.”

At the end of 2018 Nowlin was ranked 78th, which was good enough for an invite to the ANWA. In January her dad texted her that he got a notification from UPS saying a package from Augusta had arrived at the house, and Nowlin, at her home course at the time, dropped what she was doing to pick it and returned to the course, where she opened it with her swing coach. She posted the big moment on her social media accounts, but after major golf outlets started to share her post she got so sick of accepting new friend requests she changed her privacy settings from private to public.

“I had a few freak-outs since then thinking I’m playing where some of the best have played,” she says. “I’m very honored.”