Pro starts Travelers Championship with four three-putts in a row

Jason Kokrak has been among the steadiest players on the PGA Tour this season. He has made 22 consecutive cuts, dating all the way back to the 2018 British Open. But golf is a cruel game, and consistency be damned, Kokrak got off to a bumpy start on Thursday at the Travelers Championship.

The 34-year-old Tour veteran started on No. 10 at TPC River Highlands and hit the fairway and the green, leaving himself a 30-footer for birdie. But he hit that one about 36 feet — and missed the comebacker, resulting in an opening bogey.

No problem, right? Plenty of golf left. Unfortunately, this turned into somewhat of a theme. At No. 11, Kokrak hit a fantastic tee shot, leaving himself a 3-footer. But he missed that, and then missed the 2-foot comebacker. At No. 12, his approach settled 21 feet away, but he blew his putt 4 feet past and missed that one, too. The fun continued at the par-5 13th, where he hit the green in two shots before three-putting again, this time for par. Four three-putts in a row. Brutal. 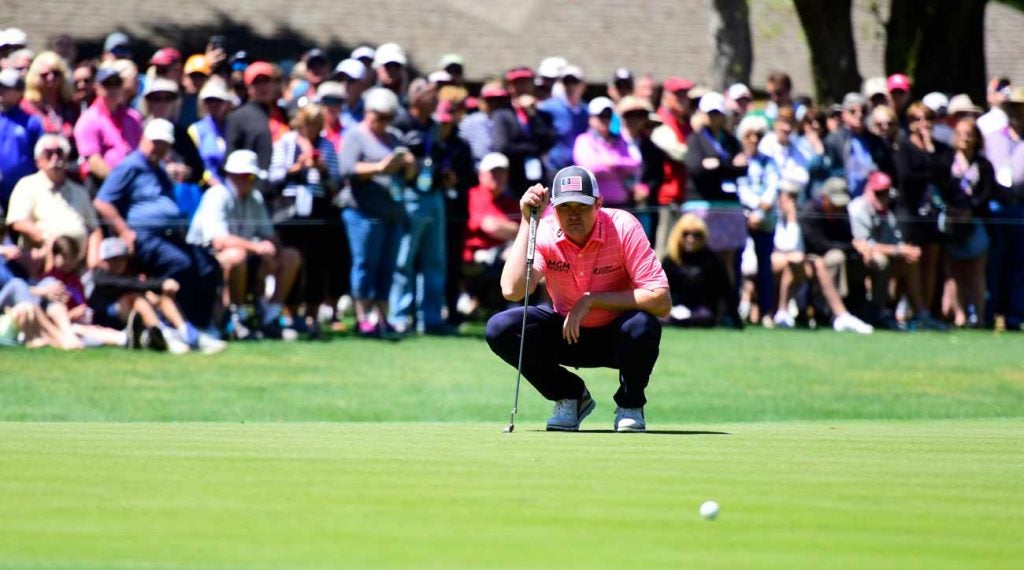 Kokrak finally missed the green with his approach shot at the par-4 14th, but hit a neat chip to 3 feet. That was a troubling distance early on, and Kokrak missed that one, too, leading to a fifth consecutive bogey. Through five holes, Kokrak had lost an unthinkable 5.68 strokes to the field just with his putter.

This is hardly typical behavior for Kokrak. The Xavier grad is a relatively Tour-average putter, 86th on tour in strokes gained putting. He’d made 597 of 600 3-foot putts this season before Thursday’s round. He certainly hasn’t been great from 4-5 feet, but even though he three-putts slightly more than average, that still means just 3.3% of the time.

If anything, the stat that sticks out from Kokrak’s resume is his first-round putting average: 195th on Tour, significantly worse than his other rounds. All we know for sure is that on Friday, Kokrak will probably get off to a better start.