GOLF.com conducts a weekly roundtable with writers from across GOLF’s different platforms. Check in every Sunday night for the unfiltered opinions of our writers and editors and join the conversation by tweeting us @GOLF_com. In this special Tuesday edition, our panel unpacks the USGA and R&A’s plan for a new global handicap system.

1. The USGA and R&A have announced a major handicap overhaul, with the implementation of a new World Handicap System beginning in 2020. How significant is this move? And do you feel there’s a need for a uniform global system?

Josh Sens, contributor, GOLF magazine (@JoshSens): The more serious you are about golf, the more significant it is. For the casual player, I don’t see it as a game-changer. But if you you play in a lot of handicapped matches and events, it’s a bit deal. And if you play in periodic matches against a certain sandbagger from Wales, as I do, it’s also a new dawn. Sorry, Stephen. Now you have to put in all your scores, not just the ones from “competition.” No more 15 index for you. You’ll be closer to the 5 you really are. As for “need,” I say it was needed in the same way that I need a drink every night: it’s a good thing and I’m all for it, but the world also would have survived without it.

Joe Passov, senior editor, GOLF magazine (@joepassov): This is a pretty serious overhaul of the handicapping system, but not in a stop-the-presses way, as we experienced with last year’s proposed rules changes for 2019. Kudos to the USGA and the other ruling bodies for putting more “real world” emphasis on how we calculate scores and handicaps. As far as uniformity, I’m meh. I play all over the world, and my modest handicap seldom encounters any issues with other players and other clubs. And in fact, I always kind of liked the variety from country to country. Knowing what SSS stood for (Standard Scratch Score, in the UK) always scored me free beer in local golf trivia contests.

Alan Bastable, executive editor, GOLF.com (alan_bastable): Simplification is almost always a good thing, whether we’re talking about handicapping, the rules, or the FedEx Cup. How about the max index jumping to 54! If I’m a scratch player (which I’m decidedly not), I’d be leery of giving that many strokes to any golfer, even a nervy first-timer.

Michael Bamberger, senior writer, GOLF: The most significant thing about it is that the golf world is saying we golfers are one with the world and that is a good thing.

2. What’s the highlight of the new system?

Sens: See above. I’m a fan of the change that requires our counterparts across the pond to post competitive and recreational scores. That old rule was a vestige of a bygone era. The new one makes the system more reflective of how the game is actually played today. Also: I dig the new limits placed on sudden upward movements in handicap. It makes it harder for willful sandbaggers to pad their handicaps, and for unusual runs of poor play to distort a player’s index. 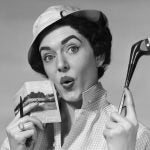 Passov: Adding in more factors to arrive at a truer version of a handicap is the highlight, including computing handicaps that change daily and allowing for discretion for handicapping authorities to manipulate things a bit. I was chagrined to see our Cardinals WR Larry Fitzgerald taking heat for his handicap, when he helped his team (partner Kevin Streelman) win the AT&T Pebble Beach. Folks didn’t understand that Fitz couldn’t play much golf during football season, which had ended for him a few weeks back, and since then by his own admission, he’s played like a fiend. Well, he’s playing beautifully now, but had some old scores in the system keeping his handicap perhaps artificially high. These new changes will alleviate this, to some degree.

Bastable: I like that you need only play 54 holes to get your handicap up and running as opposed to 90 under the current system. If you’re ambitious (and fit) enough, you can set up a handicap in a single day. The built-in algorithm that prevents a run of unusually poor scores from juicing your handicap also makes sense. That means one or two off-weeks — and we’ve all been there — won’t send your number surging.

3. Do you suspect the changes will encourage more golfers to keep a handicap?

Sens: If keeping a handicap means enough to you, you’re going to do it. If you’re not, you’re not. I’m not sure lowering the minimum number of required rounds or raising the maximum handicap is going to make a huge difference, but it can’t hurt. I suspect that the publicity alone will likely generate a bigger bump than anything. (This is probably a separate op-ed piece, but what about the counter argument, the one that advocates eliminating the handicap system altogether? Play the game for fun. Don’t obsess about your score. Play brisky. Enjoy your good shots. Laugh at your bad shots. And relive them with your friends afterwards. If you want to play a match against your buddies, chances are you know your games well enough to set some reasonably fair stakes anyway. If you don’t know who you’re paired with, and you want to compete, play even for something friendly. As someone whose politics are slightly to the left of Solzhenitsyn’s, I’ve always found it ironic that a sport with such a conservative culture has handicaps anyway. Isn’t that the sports world version of a government handout? You want strokes? Pull yourself up by your bootstraps and get better. Stop mooching off the system. Also: who wants to win a net event? Is there a bigger walk of shame than crossing the clubhouse to collect a trophy in the handicapped division? If you don’t think so, then you aren’t listening to what everyone else in the clubhouse is whispering about you. Mostly, I’m just being contrarian here, but there’s at least a thread of truth to all of this.)

Passov: Well, Josh, I see your arguments here, though I’ve just defended Larry Fitzgerald on your final point. What provokes me here is the dual-edged sword of handicapping. By actually having a coherent, fair handicap system, it makes golf the greatest sport, because any one of us can have a competitive game with any other, no matter what our skill level. By the same token, the overemphasis on stroke play is one of the reasons golf has popularity/growth issues. Just go play match play. Just go enjoy! I’m watching all this Olympic skiing, and I marvel that most recreational skiers don’t go berserk on competing and improving. They just go ski. And they love it. I wish there was more golf played for the sheer joy of playing golf.

Bastable: Nope, I don’t see a huge surge forthcoming. Only one tweak would guarantee that result: not charging golfers to keep an official handicap.

Bamberger: I think it will encourage more people to establish handicaps because there’s an education component in launching these changes, in for the many people who have only taken up golf in the last few years this may serve as an invitation to the handicap system that they need.