Tour Confidential Daily: Was Jordan Spieth wrong in how he treated his caddie? 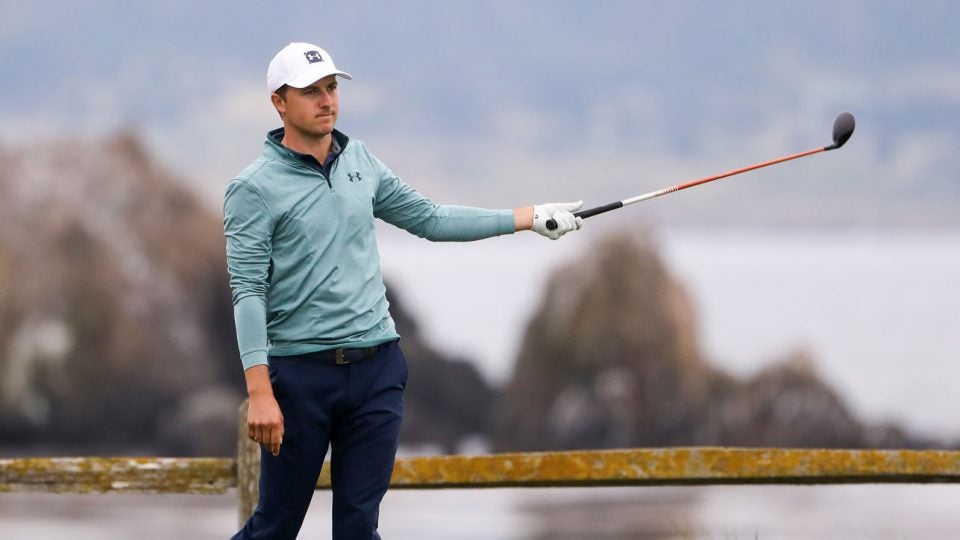 Every night of major weeks, the GOLF.com team takes on the most pressing question of the day. Mid-way through an entertaining day at Pebble Beach, Jordan Spieth hit one shot into the penalty area on no. 8, and after taking a drop flew the green with his approach. He then berated his caddie, Michael Greller. We ask: was it wrong of Spieth to upstage his caddie like that?

Sean Zak, associate editor (@sean_zak): Often, much is lost between that interaction and your TV set. I don’t think it was wrong of Spieth to act that way. It was what he felt at the time, and it’s within a really long, strong relationship, so I’ll let him be. However, if he’s always going to be Mr. Us and Mr. We, I would have expected him to act as such in that moment.

Jess Marksbury, multimedia editor (@jess_marksbury): As an outsider looking in, what we overheard was cringe-worthy. But who am I to judge the dynamics of their relationship? Jordan is a talker on the golf course, and Michael Greller knows Jordan better than most. What we heard may not have been out of the ordinary. If there is something that needs to be addressed between them, I’m sure they’ll sort it out.

Jonathan Wall, equipment editor (@jonathanrwall): I’m all for player and caddie having a healthy discussion, but blaming the miscues on your looper is rich. Last I checked, Greller wasn’t pulling the trigger.

Alan Bastable, executive editor (@alan_bastable): No, upbraiding your looper on national television is not advisable. It’s a brutal look for Spieth and bad for his rep, but we’ve been here before with him. He can be a bit of a whiny pants. Also, didn’t he learn anything from Chambers Bay, when Fox’s mics busted him griping about the 18th hole? There are ears EVERYWHERE.

Luke Kerr-Dineen, instruction editor (@LukeKerrDineen): It was totally out of order for Spieth to act that way. I get it, players probably talk to their caddies like that all the time like and it was only caught by a mic this time around because it was a big-name like Jordan Spieth — but that doesn’t make it right. Greller isn’t hitting the shots. Greller isn’t even picking the clubs. He’s making suggestions, and even if he were to suggest the wrong one this time around, there should be a basic sense of human decency to refrain from talking to your longtime looper the way Spieth did on Thursday.

Dylan Dethier, associate editor (@Dylan_Dethier): It was basically an on-course tantrum. My first instinct (as a PGA Tour caddie) is to give him a pass because it’s hard to tell when you’re actually on camera. You’re living in a world of your own out there. But the more I think about it the more I feel like that actually makes it even worse — camera or not, that’s not how I’d like to be treated as a teammate.

Jeff Ritter, digital development editor (@Jeff_ritter): It wasn’t a good look, but it’s not like Spieth completely dressed Greller down. Spieth hit a couple bad shots and took a swipe at the only person available. I suspect they’ll be fine. (But just in case, let’s keep those FOX microphones turned up.)