Tour Confidential Daily: Should Phil Mickelson have been disqualified?

GOLF.com conducts a weekly roundtable with its staff to break down the game’s hottest topics. And since it’s U.S. Open week, we are answering one burning question each night. Check in every Sunday evening for the unfiltered opinions of our writers and editors and join the conversation by tweeting us @golf_com.

Phil Mickelson ignited controversy at the U.S. Open today when he struck a moving ball on the 13th green. In the end, he was assessed a two-stroke penalty for his actions. Should he have been disqualified?

Michael Bamberger: No, only because of previous, relatively recent precedent. Had I not known of that I would say yes.

Sean Zak: Unquestionably. The USGA committee that met on this was too generous in how they decided to rule on it. Phil walked after his putt at first, then ran after it when he knew it would end up off the green. It was a mockery of how golf is supposed to be played.

Bamberger: Well said, Mr. Sean. But Daly did the same in ’99 at Pinehurst and walked. These things are like court decisions. It requires a Decision.

Zak: I think that’s a shame. Should we let the same thing happen at 119th U.S. Open next year just because it was allowed this year? It’s currently 7:20 p.m. and I’d be fine with them backtracking right now in favor of a DQ. 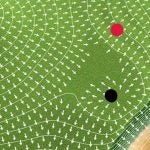 Jessica Marksbury: I still barely understand how he wasn’t disqualified. David Fay described the language of Rule 14-5 as too “friendly” on the telecast, and I agree. According to the Rule, if a player strikes a ball while it’s still moving, it’s a two-stroke penalty, and if a ball is purposely “stopped or deflected” by a player, Rule 1-2 comes into play. Under that Rule, “a serious breach” of the Rule can result in disqualification. So in my mind, Phil was the benefactor of a ridiculous loophole simply because he made a stroke at a ball in motion instead of stopping or deflecting it. The intent to gain an advantage was clear, and I think that’s certainly worthy of disqualification. The fact that it was a player of Phil’s stature and esteem makes it all the worse.

Josh Berhow: No, he should not have been, because under the Rules of Golf, and the specific rule they reference here, 14-5, it’s OK to assess the penalty and not DQ him. Do I agree with it? Not one bit. But under the rules laid out, I do believe the correct call, in accordance with the rules, was made. That said, what a joke.

Jeff Ritter: The USGA has made it a priority to make their rulings quick and decisive, especially after the DJ moving-ball penalty lingered far too long on Sunday at Oakmont a couple years ago. This time the USGA’s efficiency worked against them, because Phil essentially incriminated himself with his comments after the round. He was trying to gain an advantage by swiping at the ball. It stinks, but Phil should be gone. 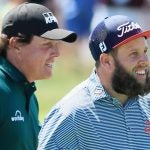 You may also like ‘A moment of madness’: ‘Beef’ Johnston weighs in on Phil Mickelson controversy

Josh Sens: Adding to the “mockery” Sean mentions was Phil’s explanation. It would have been easier to feel sympathetic toward him if he had said, “In the heat of the moment, in the midst of a very frustrating day, I lost my head and made a very bad mental decision. I wish I could do it over and do it right.” Instead, he basically acknowledged that he was trying to game the system. He should have been DQ’d.

Joe Passov: Under the strictest interpretation and where intent cannot be determined, Phil should not be DQ’d. But it’s a correct call on a bad rule. Change the rule, and end that kind of farcical conduct.

Sens: I’m not convinced it was the correct call. Granted, there’s latitude under the rule, and I get that politics and precedent made a DQ both unappetizing and unlikely. But Phil’s own explanation of his intent only further weighs against him.[image:14161381]