1. The Americans are Solheim Cup champs again. The U.S. squad defeated Europe 16 1/2 to 11 1/2 and improved to 10-5 overall in the biennial event. What was the key to the U.S. win, and what was your biggest takeaway from the week in Des Moines?

Jeff Ritter, digital development editor, GOLF.com (@Jeff_Ritter): The Europeans played well but ran into a buzzsaw, beginning with that U.S. sweep of the four matches Friday afternoon. It’s hard to win a road game, and I do think Europe missed Suzann Pettersen, for both her veteran leadership and emotional fire. But everyone in the U.S. squad won at least one match, which speaks to the depth of the team as well as the talent. They were the better side last week.

Josh Sens, contributing writer, GOLF Magazine (@JoshSens): All true, Jeff. The U.S. also got stronger play out of its rookies, especially Angel Yin and Danielle Kang, neither of whom played like Solheim newbies. On the European side, Georgia Hall was steely, but of the four European rookies, she was the only one who had earned a point on Friday or Saturday. 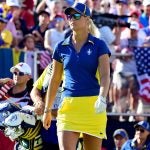 John Wood, caddie for Matt Kuchar (@Johnwould): Juli Inkster is one hell of a captain, which comes as no surprise with how she embraced the event as a player. She is a fierce competitor, and although I know the captain doesn’t hit any shots, it’s been my experience that a captain that takes control of a room, that puts players in the best possible position to succeed, that installs confidence and makes sure it’s fun more often than not will be successful. When Ink came out after Lexi’s disastrous start and showed her she was with her, believed in her and got a smile out of her, that’s when that match turned. I personally love watching the Solheim Cup—now I wonder if it’s time for the Solheim family to set up a cousin event, a la the Presidents Cup. U.S. vs. the Rest of the World.

2. Lexi Thompson was 4 down to Anna Nordqvist at the turn of their singles match on Sunday, but Thompson played the next seven holes in eight under and earned a half point. Where does Thompson’s epic finish rank among the most memorable Solheim Cup and Ryder Cup performances?

Ritter: It was an absolutely awesome match. Hard to rank when it’s so fresh, but among matches that ended in a draw, I’m inclined to slot it No. 2 behind Nicklaus/Jacklin. If golf ever devises a coed team event, I’d take the duo of Lexi/P. Reed vs. anyone.

Sens: It was a scorching stretch of golf, and all the more impressive when you consider how out of sorts she looked at the start of the match. She drew on some deep reservoirs of resolve, but there was also some great leadership by Juli Inkster, who got out there early and was in Thompson’s ear in the best possible way. I can’t say the match had anywhere near the electricity of Reed/McIlroy at last year’s Ryder Cup, but that’s not a fair comparison, since the Ryder Cup is a beast unto its own. It was the best played match I’ve seen in the Solheim, and it was punctuated by Anna Nordqvist sticking an 8-iron to tap-in range to scratch out a halve. Great stuff.

Shipnuck: It reminded me of Phil-Sergio, in that neither player deserved to lose.

Wood: It was epic. It’s up there with the best of them. Had the putt fell on 17 for the full point, it would have been a truly storybook ending. That being said, for Nordqvist to come back and stuff an 8-iron on 18 for the half after everything that had occurred on that back nine was impressive as well. 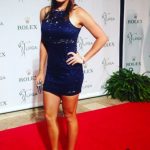 3. Clemson’s Doc Redman beat Doug Ghim to win the U.S. Amateur on Sunday at Riviera Country Club, earning, among other perks, an invite to next year’s Masters (as long as he keeps his amateur status). But as the runner-up, Ghim is Augusta National bound as well. Given the global reach of the game and the limited spots at Augusta and the eagerness to get players from all over the world, do you believe the runner-up should still get the free pass to Magnolia Lane?

Ritter: Augusta was founded by arguably (or perhaps inarguably?) the greatest amateur in golf history, and I like how the Masters stays true to its roots. I’d even be fine with a few more runner-ups getting in, maybe from Asia or Latin America. Fill up the Crow’s Nest!

Sens: Agreed, Jeff. The more amateurs the merrier at the Masters, up to a point at least. You obviously don’t want to dilute the field by inviting the winner of the Peoria Amateur Championship. But the runner-up in the U.S. Am? Anyone who makes it through the cauldron of that event and into the finals deserves the nod.

Shipnuck: Eh, disagree. That the runner-up gets in makes the final match a tad anticlimactic—the loser already has one of the great prizes in golf, an invite to the Masters. A lot of very solid pros don’t make it into the Masters field so it doesn’t feel right to have the runner-up clogging the tee sheet.

Wood: I’ve got no problem with it, but I don’t agree that more and more should be let in. The Masters has the best traditions in the game, and they don’t need to be tweaked or tinkered with. And he’s not taking someone else’s spot. No pro would get in if the runner-up’s spot on the tee sheet was taken away. The qualifications are the qualifications … there aren’t alternates at Augusta.

4. This week kicks off the 2017 FedEx Cup Playoffs. One week after revealing that he was dealing with a problem in his upper back, Rory McIlroy announced that he plans to play. What do you make of that decision?

Ritter: I take it to mean he’s feeling well, but I’m still uneasy. This is an injury that has flared up at various points throughout the year. I’m glad Rory’s good to go, but if he feels pain, I hope he’s smart enough to shut it back down.

Sens: I’m not a doctor, and I won’t even try to play one in this forum. But Rory’s a big boy. He knows what he’s doing. He was smart enough to give his wife control of his social media account a short while back. I think he’s also smart enough to know if he’s healthy enough to play.

Shipnuck: I think it shows how frustrated Rory is. His whole season has been a start-stop bust. He largely salvaged 2016 with a strong Cup so I’m sure he’s eager to do the same this year.

Wood: I’m sure he’s been medically cleared to play, meaning he may not be 100% but he won’t do further damage by playing. If that’s the case, why not play. As defending FedEx Cup champion, I’m sure he’d like to make another run should he get hot. Now, who will be carrying that bag?????

5. Henrik Stenson enters the playoffs with momentum after winning the Wyndham, while Hideki Matsuyama leads in points. Who cashes the $10 million check, and why?

Ritter: I love the Spieth/Thomas player of the year battle as a subplot, but I’ll move a notch down the board and pick Fowler, who has had a steady summer and should be the hungriest after getting blanked in the majors.

Shipnuck: Hideki Matsuyama. He’s gotta have some red-ass after his Sunday fade at Quail Hollow.