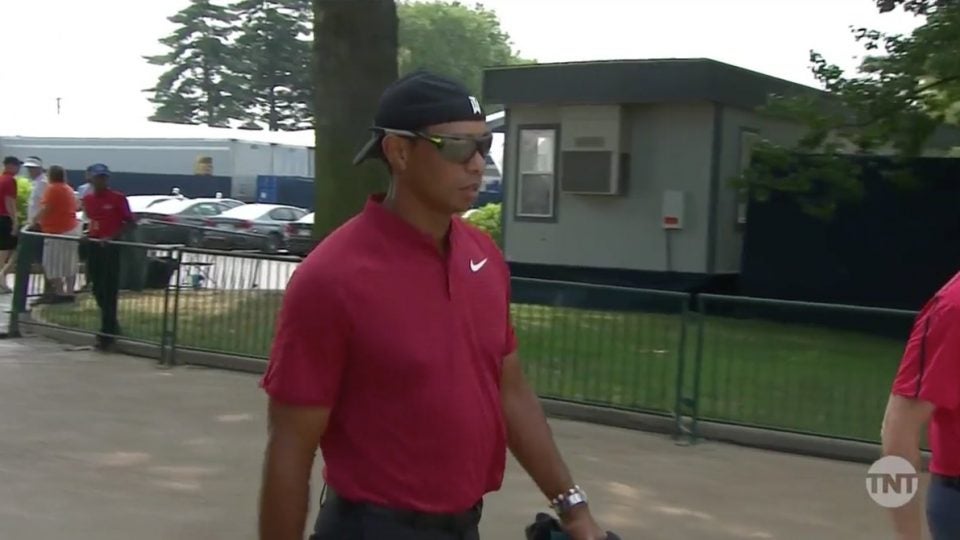 On Sunday at the PGA Championship, Tiger Woods came to win.
Twitter

Tiger Woods still knows how to make an entrance: the 14-time major winner showed up at Bellerive for the final round of the PGA Championship wearing his classic Sunday red and black, but the sunglasses and backwards cap sent Twitter buzzing.

Of course, his hoards of fans loved it, predicting that the look meant he was ready to truly contend on Sunday.

Name a cooler human on the face of this planet. Impossible.

@TigerWoods really just showed up in contention on Sunday at the #PGAChampionship looking like this.. The rest of the field should just withdraw. pic.twitter.com/qfvVeZLs4a

Twitter just went crazy over Tiger Woods arrival, imagine what it will be like if he wins #15 ?

Tiger Woods showing up on Sunday to the #PGAChampionship pic.twitter.com/7lljXQhepE

Yep, betting the house on the ? after this entrance. #TigerWoods pic.twitter.com/EtPCwz1UuD