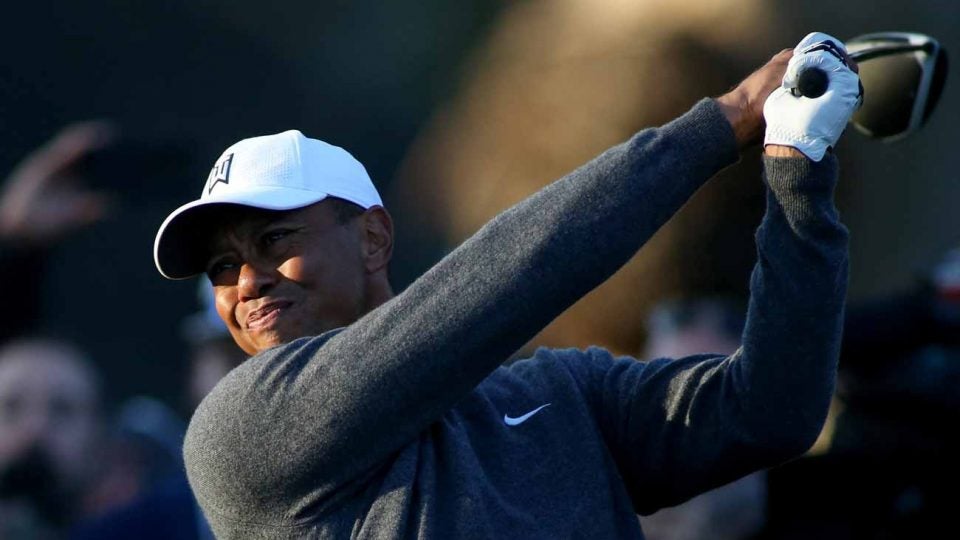 Tiger Woods tees off during the second round of the Genesis Invitational on Friday.
Getty Images

The second Thursday in April is circled in red-sweater ink on Tiger Woods’ calendar. Not so much next Thursday.

As the April 9 start of the Masters gets closer and closer, Woods’ preparation calendar is beginning to take shape, as the 15-time major winner has decided not to play in the World Golf Championship’s Mexico Championship next week.

When asked about playing in Mexico City after Friday’s second round of the Genesis Invitational at Riviera Country Club, Woods said that his responsibilities as Genesis tournament host were beginning to take their toll.

“I’ve been so busy with this event and trying to deal with all the little things that I haven’t really focused on next week,” Woods said “I’ve had a lot to do this week and trying to get ready to play, try and balance both of those.”

News
WATCH: Teenage Tiger Woods’ range session at Riviera in 1992 is a thing of beauty

Woods’ schedule between now and the first major of the year is a bit uncertain. He has yet to commit to any of the events between now and the Masters – the Honda Classic at the end of February, the Arnold Palmer Invitational, The Players Championship, the Valspar Championship, the WGC Match Play and the Texas Open – though it’s widely expected he’ll play in some combination of the Arnold Palmer, The Players Championship and the Match Play.

Woods’ decision not to play next week does slightly influence his chances at qualifying for this summer’s Olympics. The event in Japan takes only a country’s top four players in the world rankings, and Woods is currently the sixth-ranked American (and eighth overall) – and the no-cut Mexico Championship offers guaranteed world-ranking points.

The Club De Golf Chapultepec in Mexico City will be missing a few other players from the world top 10.

Sitting out will be No. 2 Brooks Koepka, No. 10 Justin Rose and No. 6 Patrick Cantlay, who is having having elective surgery on his septum next week, the Associated Press reported. Among those playing will be No. 1 Rory McIlroy, No. 3 Jon Rahm, No. 4, Justin Thomas, No. 5 Dustin Johnson, No. 7 Webb Simpson and No. 9 Xander Schauffele.