WATCH: Teenage Tiger Woods’ range session at Riviera in 1992 is a thing of beauty 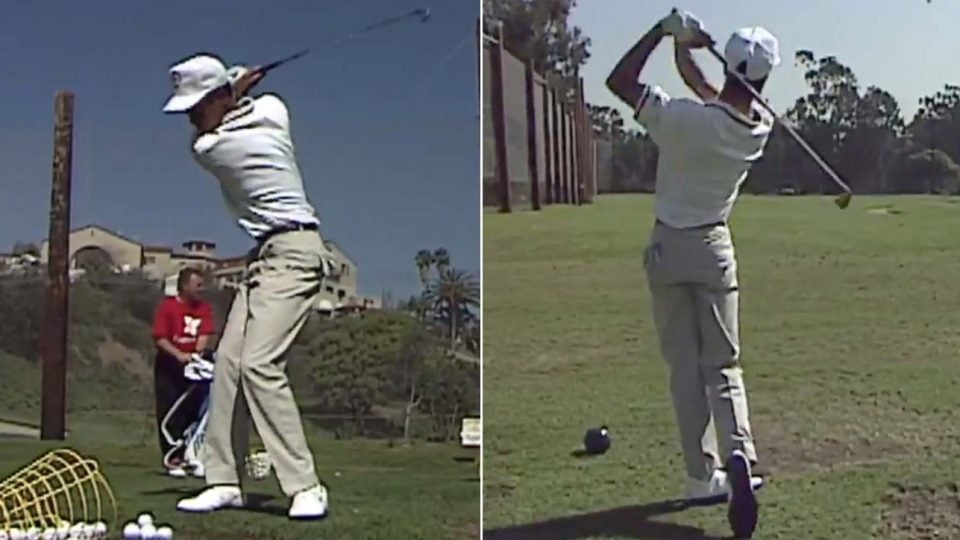 Tiger Woods pictured during a range session at Riviera in 1992.
@Skratch

Right now, it seems like everyone loves Tiger Woods. That was not always the case, however. For much of his career, there were rabid Tiger fans and an equally passionate group of fans who rooted for anyone but Tiger. But no one, not even his biggest critics, questioned his elite talent or his near-perfect golf swing.

At this week’s Genesis Invitational, thousands of spectators will gather at Riviera’s driving range and gawk at Tiger’s swing. But it won’t be the first time. Woods, who is now the tournament host, made his PGA Tour debut at this event way back in 1992 when it was called the Los Angeles Open.

Though he was just a skinny 16-year-old amateur, it’s arguable that his swing was even better then than it is now. And thanks to Twitter, you can see it and decide for yourself.

On Wednesday, Skratch tweeted a video of 16-year-old Tiger working a range session at Riviera during the L.A. Open. The clip is brief, but mesmerizing all the same.

Tiger — wearing khakis, a white golf shirt, a burgeoning mustache, and a very-90s golf hat — picks every ball cleanly off the turf with impact sounds that would delight even the most cynical golfers. The tempo and overall effortlessness of his swing are astounding and make it well worth the view.

Tiger missed the cut that week, and, believe it or not, none of his 82 PGA Tour wins have come at Riviera. He’ll have another chance this week when he tees off alongside Steve Stricker and Justin Thomas Thursday at 2:41 p.m. ET.