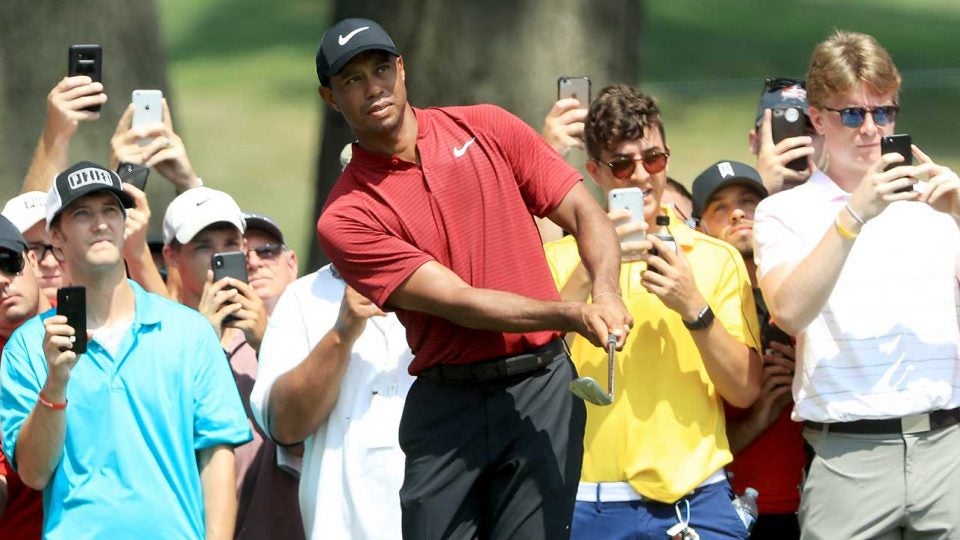 Tiger Woods found plenty of trouble on the back nine on Sunday at Firestone.
Getty Images

Tiger Woods’s final round of the WGC-Bridgestone Invitational started with plenty of promise, but hours later it turned out to be one of his worst rounds of the season.

Woods, playing a Firestone course where he has eight victories for the final time in the tournament’s history — this will be the WGC-FedEx St. Jude Invitational in Memphis, Tenn., next season — shot a three-over 73 on Sunday in Akron, Ohio. He was even for the week and tied for 31st.

Woods’s back-to-back 73s are his worst rounds since he shot 78 in the first round of the U.S. Open at Shinnecock Hills.

“Things could have certainly gone better,” Woods said. “But it is what it is, and on to next week.”

So ends a week that started strongly for the 14-time major champ. He shot 66-68 on Thursday and Friday — the first time he’s had two rounds in the 60s to begin a tournament since the 2015 Wyndham Championship — but fell out of contention on Saturday.

Woods made back-to-back birdies to begin his round Sunday, but two bogeys and a birdie later he made the turn in one-under 34.

But his play took a turn on the back nine.

Woods bounced back from a bogey on 10 with a birdie on 11, but he made two double bogeys, two bogeys and a birdie over the next five. He closed with a par on 17 and birdie on 18.

Woods has little time to rest, as he’ll be at next week’s PGA Championship at Bellerive Country Club in St Louis, his first PGA appearance since 2015.