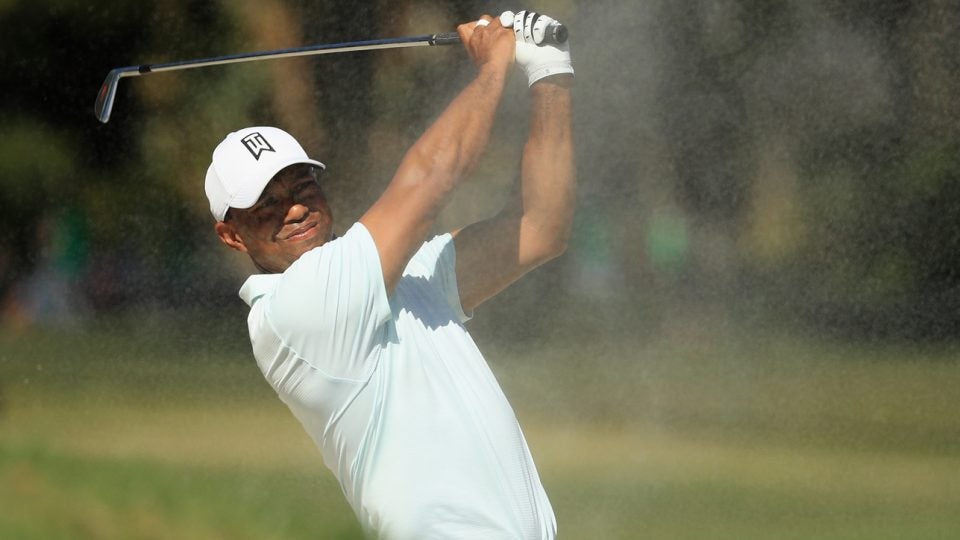 It was an up and down round for Tiger Woods Saturday at Bay Hill, one that featured six birdies, three bogeys and one that has him inside the top 10 entering the final round at the Arnold Palmer Invitational.

Woods’s final birdie dropped on the 18th hole and was followed by a fist-pump, moving him to seven under for the event after a Saturday 69. Woods strung together three birdies in four holes un his front nine, but undid most of that work with bogeys on the 2nd and 8th holes. Woods made good work on the par-5s for the second time this week, birdieing three of the four. Meanwhile, his playing partner, Justin Rose, kept a slightly cleaner card and sits at nine under for the week.

This is just the fifth event Woods has played in 2018 in his comeback to the PGA Tour. Though his short game has been very solid throughout his return, Woods lost strokes to the field around the green Saturday. He made up for it best that he could by making more than 115 feet worth of putts. Woods maintained an impressive streak near the hole, and is now 45 of 45 for the week putting inside 9 feet.