PEBBLE BEACH, Calif. — At times during Tiger Woods’ third-round even-par 71, he looked to be fighting off stiffness and discomfort. KT Tape peeked out over his collar. Temperatures barely reached 60 during a damp, windy Saturday afternoon at the U.S. Open, and the 43-year-old looked like he could feel it. He confirmed as much afterward.

“When it’s cold like this everything is achy. It’s just part of the deal,” he told reporters. Asked about KT Tape, he sounded resigned to the fact that this is his reality. 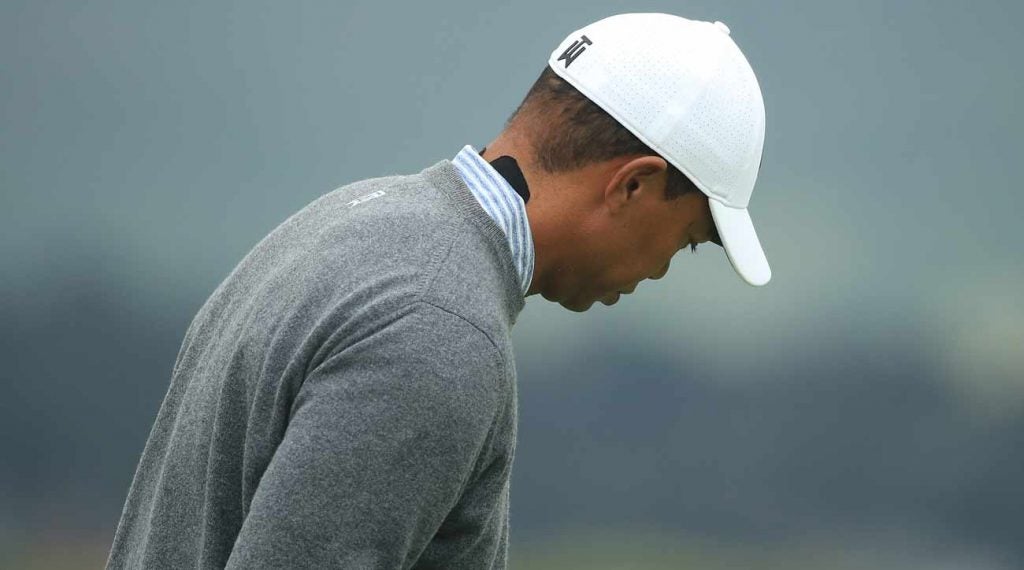 Woods has been through different iterations of surgeries, treatments and recoveries over the years, but his most recent surgery, a spinal fusion, has allowed him to play golf with less pain. Still, he acknowledged on Saturday that just because he can play doesn’t mean it’s comfortable to do so.

“My back impacts every shot I play, it’s just part of the deal,” he said. “Let me put it this way, I feel every shot I hit. I think that’s always going to be the case from here going forward.”

Woods had a decidedly up-and-down day on the course. Needing a rally to battle back into contention, the three-time U.S. Open champ bogeyed two of his first three holes and never made it into red figures. In the end, he balanced five birdies against five bogeys for an even-par round that also left him even par for the tournament heading to the final round.