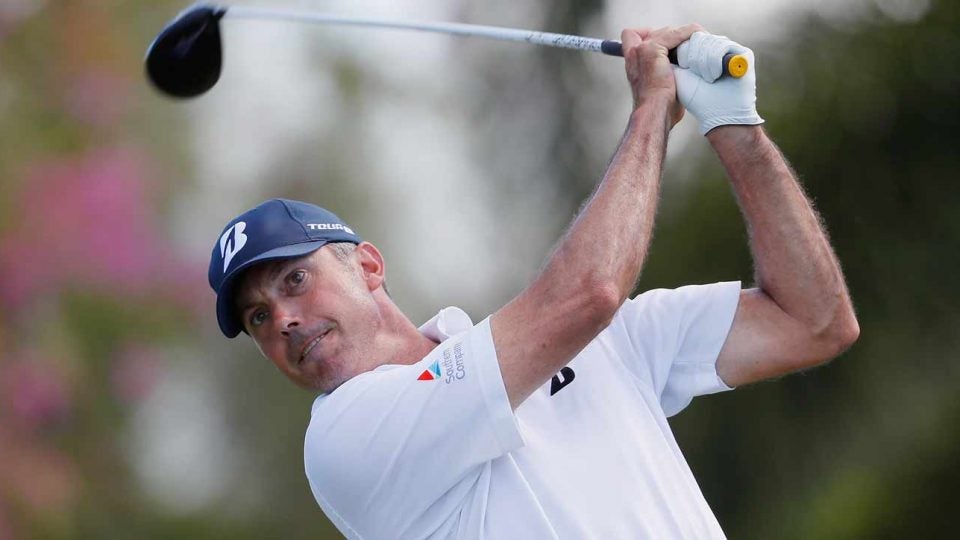 Matt Kuchar leads the Sony Open after 36 holes at 14 under par.
Getty Images

If you missed any of Friday night’s action at the Sony Open, we get it: the coverage from Hawaii didn’t come on until primetime in much of the U.S. But don’t worry — we’ve got you covered. Here’s everything you need to know from round two at Waialae Country Club.

Matt Kuchar backed up a stellar opening seven-under 63 with…another seven-under 63. That’s an impressive 36 holes from the fan favorite, whose recent promising form included a win at Mayakoba in the fall.

“Just two great days,” Kuchar said after his round. “To shoot seven under back to back is unexpected, but certainly awfully excited. Love the golf course. It’s a challenging one. If you play well you can make birdies; if you don’t you’re going to make bogeys.”

Chez Reavie holed out three times on Friday. Three times! From 101 yards, from 135 yards, and from 149 yards. The hole-out hat trick set all kinds of records, including this one: Reavie is now the only player on record with three eagles in one round on the PGA Tour (records kept since 1983). The only downside? There was no video footage of any of them.

“I need to go buy a lottery ticket today, I think,” he said after his round. When informed Hawaii has no lottery, he wasn’t dissuaded. “Oh. Fly to California tonight and fly back tomorrow,” he said. Reavie is -10, four shots off the lead. 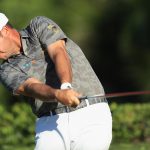 You may also like Tour pro holes out THREE times at the Sony Open — and there's no footage!

Jordan Spieth acknowledged coming into the week that he wasn’t sure what sort of form he’d be on. After a disappointing first-round 73, he rallied on Friday. But despite birdies on three of his last four holes, he fell one shot outside the cut line. Despite not having his best stuff, Spieth was encouraged by the showing.

“I love the way we fought back there at the end. That was fun. I felt like I was trying to win a golf tournament just to make the cut, which is not really something I want to get used to,” he said afterward.

“I’ve missed cuts before and gone on and won my next event; I’ve finished runner-up my next event. It’s not like an all-tell. I knew coming in that the game was off and needed to kind of start to fine tune. So I’m in a good space given what happened.”

His next start is expected to come at Torrey Pines in two weeks.
WOODLAND…WHAT?!

Besides Chez magic, the coolest shot of the day no doubt belonged to Gary Woodland, who had 239 yards left on No. 18 and hit a low punch-stinger that barely got above head-height. The ball bounded up onto the par-5 green and, well, just watch for yourself.

This is incredible from @GaryWoodland.