Masters 2019: No animals at Augusta National? Here’s a snake eating a squirrel

Forget any notion that there’s no wildlife at Augusta National. We’ve got some carnivores hanging out on the hallowed grounds.

Yes, a hungry snake was found (and photographed!) eating a squirrel at Augusta National Wednesday at the Masters. The bark it rests on tells you it was probably located near the base of a tree on the property. So, uh, please keep an eye out, patrons.

Can we talk about its length? Getty photographer David Cannon may be zoomed in here but this reptile looks to be in the five-foot range. Plenty long enough to keep me aware of my surroundings when I’m out on the course this weekend. 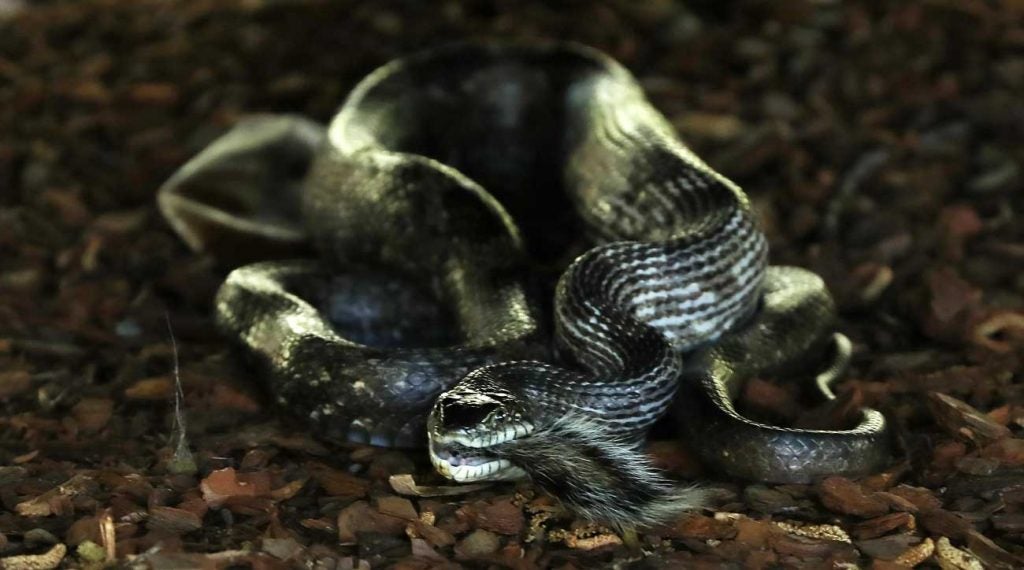 They say you can find cheap lunch at Augusta National. It's true for snakes as well.
Getty Images

It has long been a rumored trait that wildlife at Augusta National is very tricky to find. In fact, good luck if you’re around this weekend. On the rare occasion, though, you’ll find some fauna. Back in 2011, a deer took over at the Masters during the Wednesday practice round as well.

As Josh Berhow detailed, the deer apparently accessed the grounds near the first hole and eventually ran into Phil Mickelson’s group on the eighth hole before being scared off.

If only this apparently large snake was around then. Mickelson could have played distraction-free. Either way, keep your eyes out this weekend folks. Squirrels, you too.