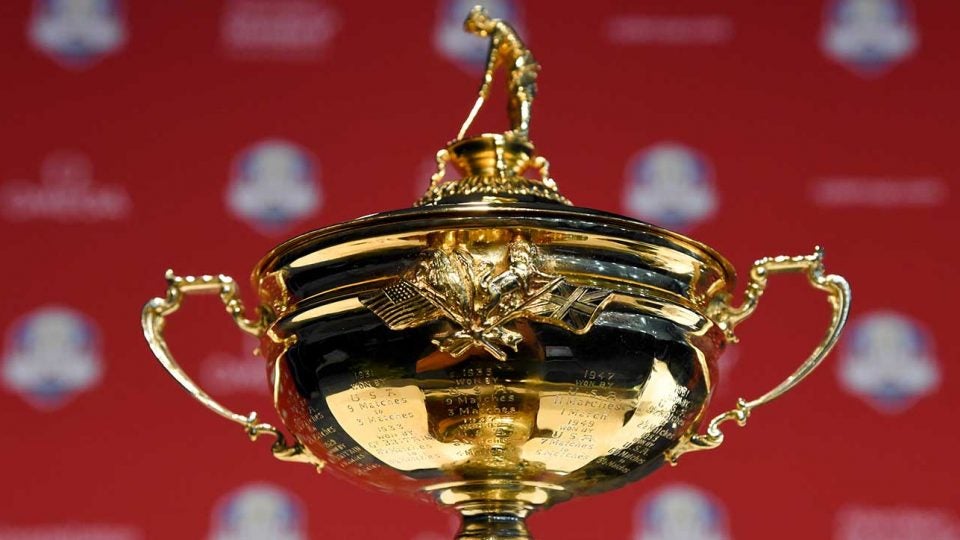 It’s that time again.  Every two years, the golf world is turned upside down and pros put their paychecks aside for the honor of representing their nations at the Ryder Cup.

Of course, that can often come with some confusing formats and scoring, especially for newbies who may be watching the Ryder Cup for the first time. Don’t worry, this a judgement-free zone. Here’s a quick cheat sheet for how it all works:

Unlike most PGA Tour events, the Ryder Cup is a match play event. It doesn’t matter if a player makes a 9 on a hole and their opponent makes a 5. You can only win and lose holes one at a time. So, ordinarily, that would mean they’re down by four shots, but in match play, they simply lose the hole to go 1 down in the match.

Teams get one point for winning a match, half a point for tying a match, and zero points for losing a match. By the end of the Ryder Cup, the team with the most points wins. Pretty simple!

Fourballs will be leading off the morning sessions on both Friday and Saturday mornings. The night before each session, rival captains Jim Furyk and Thomas Bjorn announce four two-person teams to face off against their counterparts. Each player plays their own ball — hence the term “fourballs” — but only the best score from each team will be counted.

So, for example, if Tiger Woods is playing with Phil Mickelson, and Woods makes a 4 and Mickelson makes a 5, their score for the hole is a 4 (because you only take the lowest score). If their playing opponents are Justin Rose and Ian Poulter, who make a 5 and a 6, their best-ball is a 5, which means they lose the hole to Tiger and Phil’s 4.

Otherwise known as “alternate shot.” The session is again comprised of four two-person teams, but instead of each playing their own ball, this time they only play one ball. They alternate tee shots every other hole; whoever hits the drive then sits out a shot while their partner plays the approach, alternating until the ball is in the hole. The low score on the hole wins.

All twelve players from each team play, in an order determined by each captain, and tee off in a series of one-on-one matches in the final session of play. The same rules apply, but because so many matches are up for grabs, the final session can lead to some monster runaways and epic comebacks.