‘It’s just trying a little too hard’: Rory McIlroy is not a fan of Hosung Choi

Internet sensation Hosung Choi will be making his debut on the PGA Tour next month at the Pebble Beach Pro-Am at iconic Pebble Beach. But it doesn’t sound like Rory McIlroy is a big fan of the 45-year-old Korean golfer.

During his press conference on Wednesday ahead of the Farmers Insurance Open at Torrey Pines, the 29-year-old McIlroy was asked what he thought about Choi making his first Tour appearance in February and his wacky swing. Other than admitting that Choi has a good swing “until impact” and that Choi is “obviously a pretty good player”, the four-time major champion didn’t have much praise for the “notoriety” that Choi has gained. 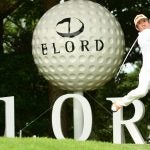 “I’m not sure a golf shot should mean that much to you that you’re doing that after you hit it, like it’s just trying a little too hard,” McIlroy continued. “You have to try hard at golf, but that’s taking it to an extreme.”

Rory does not seem to be the world’s biggest Hosung Choi fan! pic.twitter.com/CTRSKOWOvW

Despite the criticism from McIlroy and laughter from others at his swing, Choi has insisted that he’s serious about his golf game.

“At first when we looked at the replies from fans, a lot of them thought I was doing it on purpose to be funny,” Choi said. “But people realized, after I got some results, that I am serious and I am doing it to survive on the Tour and cope with the competition.”

But not everyone is as critical of Choi’s approach as McIlroy is. In fact, Green Bay Packers quarterback Aaron Rodgers has expressed his desire to play alongside Choi at Pebble Beach.

Unfortunately for Rory, the fans will be getting what they want next month: Choi in action on the PGA Tour. In the meantime, McIlroy will be playing in his second tournament of 2019 this week in San Diego. His first appearance on the Tour this year came earlier this month at the Sentry Tournament of Champions, where he finished tied for fourth. However, his most recent win came last March at the Arnold Palmer Invitational.