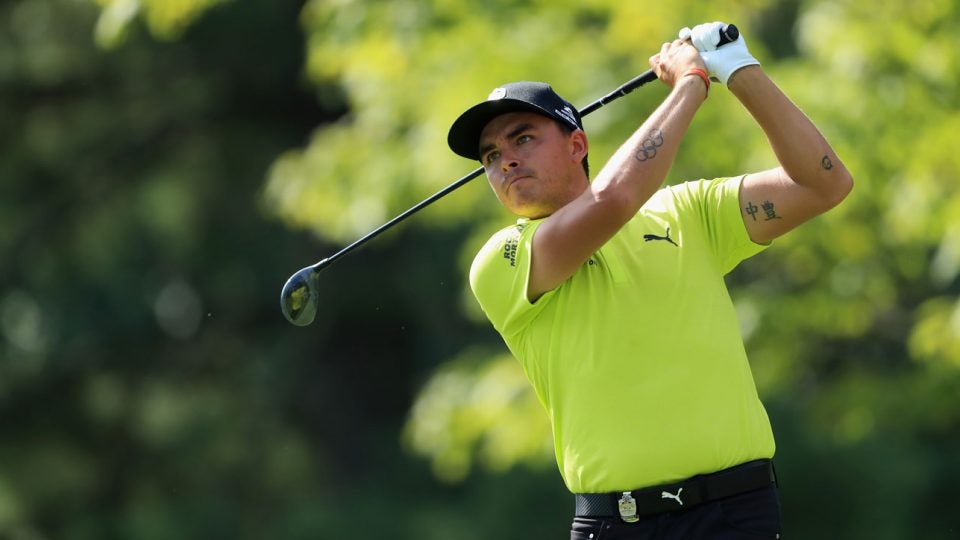 ST. LOUIS — Don’t look now, but Rickie Fowler is near the top of the pack after 18 holes of the 100th PGA Championship. Unless you followed him around at Bellerive, you probably don’t know much about it.

Fowler played the entirety of his round Thursday morning in relative anonymity as he was not in a featured group on PGA.com and most fans at the course tilted toward the Tiger Woods-Rory McIlroy-Justin Thomas group. But Fowler carded a smooth five-under 65 to grab the clubhouse lead. That round included six birdies and just one bogey, which came after he “ended up with the wrong club” on the menacing par-3 16th.

“Today was great,” Fowler said afterward. “But it wasn’t like we had any adverse crazy conditions or anything like that, it was a hardly any breeze, soft conditions. It was definitely nice to go out and execute and keep it as stress free as possible.”

The 29-year-old wore a greenish-yellow shirt in honor of the late Jarrod Lyle, who passed away Wednesday. Fowler was scripted to wear blue, but elected for the yellow to help celebrate Lyle’s life (yellow was a color he famously wore during competition), something he and fellow pros have enjoyed doing this week.

Fowler’s 65 was some six shots better than the morning average, producing an early two-shot lead over a jam-packed leaderboard. Seven players from the morning wave finished their round at three under. He gained most of that lead with impressive iron play, hitting 16 of 18 greens in regulation. Only at 6 p.m. local time did another player (Gary Woodland) unseat him atop the leaderboard.

If it feels like we’ve been here with Fowler before, it’s because we have. Last year at the U.S. Open at Erin Hills, Fowler fired a 65 to lead after 18 holes. He would struggle in rounds two and four to finish six shots back of Brooks Koepka, who is now a two-time major-winner.

It’s well-known how Fowler has amassed many top 10s (nine) in the game’s most important events…but has never hoisted the trophy. The most recent example came at this year’s Masters, when he charged up the leaderboard on Sunday. Fowler posted 14 under just moments before Patrick Reed tapped in for a winning score one shot better. The difference between second place and hanging around for a playoff that day was one little break here or there. Fowler hasn’t watched any videos of that April day, choosing not to fret about the outcome of what he considered to be a near-perfect finish. But considering the logistics of what he’s done thus far this week, there exists a vibe of “Here we go again.” Can he do it? Will he do it? The question will not go away until he does.

“It’s not something I necessarily worry about,” Fowler said. “Keep putting ourselves in position, get in contention, we have had plenty of runner-ups, Jack had a lot of runner-ups, we’ll just keep beating down that door.”