U.S. Open 2019: Why Rickie Fowler sees ‘best player without a major’ as a compliment

PEBBLE BEACH, Calif. — Rickie Fowler hears plenty about his unofficial title as the world’s best player without a major. But at this week’s U.S. Open, he’s looking at the bright side.

“It’s a compliment in a way,” he said Monday at Pebble Beach. “Obviously there’s a lot of great players that haven’t won a major. It’s not necessarily something I think about or worry about. I know that when the time is right, it’s going to happen. And I’ve been in the position to have a chance and right there in the mix come Sunday.”

Fowler has had plenty of success in majors. He finished solo second at the 2018 Masters, notched two major top-fives in 2017 and finished T5, T2, T2 and T3 in the four majors in 2014. He has 10 top-10s at majors in all, putting him at the top of the list of best active players never to have won a major. But he insists the void won’t define his career. 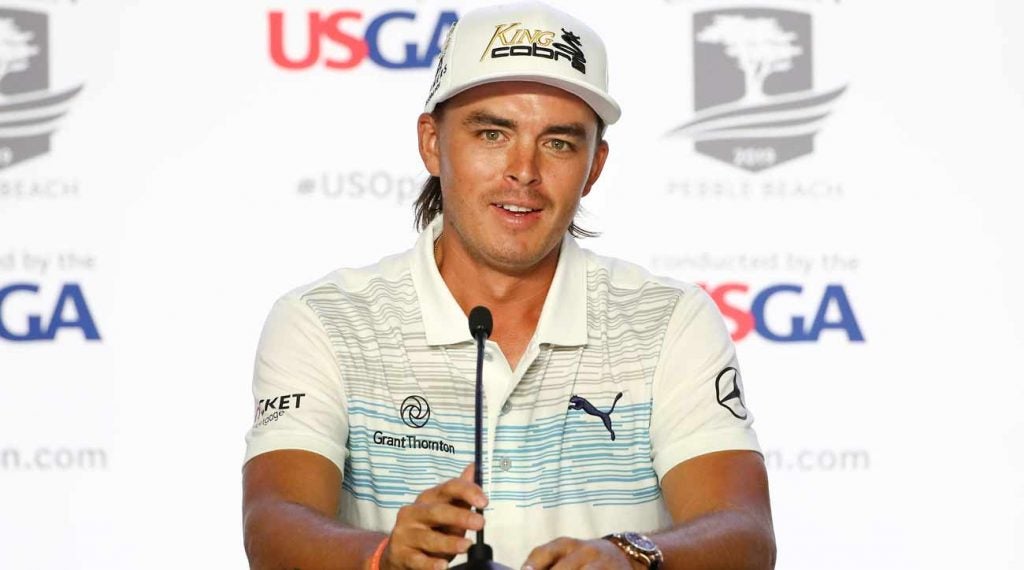 Although Fowler has contended in a number of majors, he doesn’t feel as though he has choked or lost leads he should have held, and there are no true examples of his crumbling down the stretch. Asked about the ones that got away, Fowler cited the 2014 PGA at Valhalla and last year at Augusta as two that particularly sting.

“Obviously we can play good enough, but it’s about getting those 72 holes and getting the job done.”

Over the years, Fowler has famously waited around by the 18th green as his friends and opponents have taken down big tournament wins. This week’s event at Pebble Beach provides another opportunity for Fowler to turn the tables and make sure his friends are the ones waiting around.

“You want them playing well because it makes it a lot better when you beat them, and then maybe a couple of guys are waiting there for you. It’s bragging rights. The guys you want to lose to the least amount are your friends because you’re going to hear about it.

Fowler is considered one of the favorites this week, going off at 20-1. He tees off at 11:02 a.m. ET Thursday alongside Si Woo Kim and Jason Day.