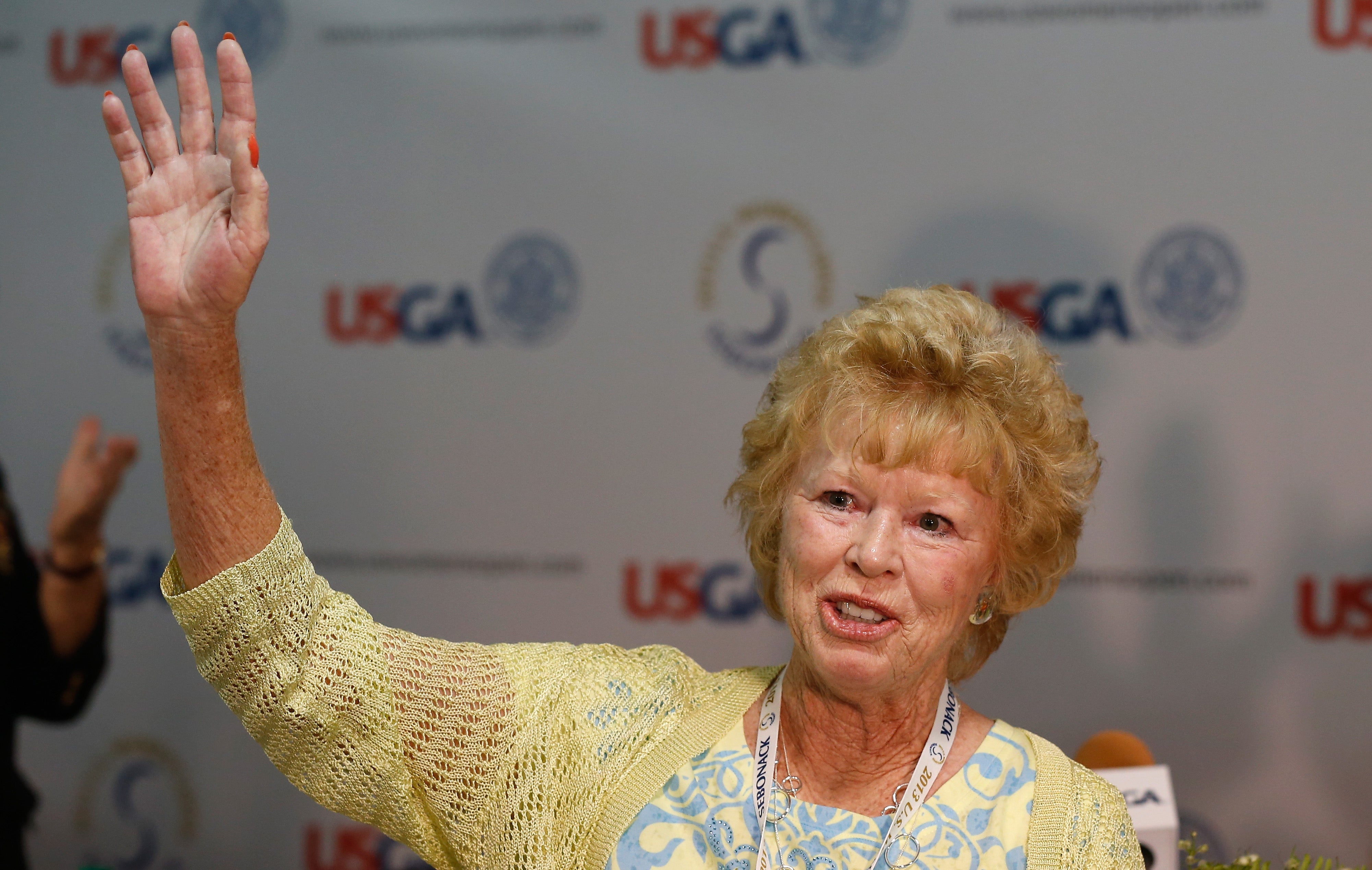 Rhonda Glenn, 67, who retired in May after nearly 50 years as a journalist and an employee of the United States Golf Association. waves to friends and the media prior to the start of the 2013 U.S. Women's Open.
Scott Halleran/Getty Images

It is hard to image a person more devoted to golf and to people from every walk of life than Rhonda Glenn, a longtime USGA press official and a golf historian, who died on Thursday at Shands Hospital at the University of Florida. She was 68 and died four days after being told she had pancreatic cancer.

Rhonda — nobody in golf ever called her Miss Glenn — was also the first female anchor on ESPN. She was a confidant of legendary women golfers, including Mickey Wright and Nancy Lopez. She once wrote of Wright, the winner of 82 LPGA events, “She viewed golf as a form of self-expression rather than a contest between two people.”

Rhonda had recently helped Lopez write a deeply personal memoir about her life in golf.

Rhonda grew up in Lake Worth, in South Florida, near the ocean, in the late 1950s and ‘60s, and she a Beach Boys vibe about her. She had a long career as a sports broadcaster on ABC and ESPN, where she was the first fulltime woman sportscaster, going back to the early ‘80s. Her blonde hair was done, then and always, in a casual bouffant that always gave the impression that appearance was important to her, but not too important.

Her father took her to Seminole as a young girl one day to watch Ben Hogan practice, a mesmerizing experience for young Rhonda, who was one of the best schoolgirl golfers in Florida in the 1960s. She graduated from Lake Worth High in 1964. Her mother for years worked the counter at the Palm Beach Par-3 Course, where Rhonda learned the game and had unlimited access to the driving range. She met Barbara Romack, the 1956 U.S. Amateur champion, at that Par-3 Course, when Romack was teaching there, and for many years they were close friends and shared a house together in Summerfield, Fla.

Rhonda met Wright when she was a student at Palm Beach Junior College and was invited to play in an LPGA event in St. Petersburg, across the state. She was paired with Wright, who mesmerized her much the way Hogan did. Rhonda said once that she knew then that she was more interested in writing about the game, and its greats, than trying to play herself. Her book “An Illustrated History of Women’s Golf” is a lasting contribution to the literature of the game.

Rhonda, as vivacious a woman as you will ever find, twice came close to marrying but never did. Her late brother, John, had a life complicated by manic depression and after her parents died Rhonda made carrying for John her highest priority.

Last April, at the Golf Writers Association annual dinner on the Wednesday night of Masters week, Rhonda was given the GWAA’s William D. Richardson Award, for her lifetime of contributions to golf. She had retired from the USGA in 2013 in part because she wanted to devote herself to Lopez’s memoir. As far as Rhonda knew, she was in perfect health then. After the 2014 Masters, she drove deeper into rural Georgia, where the Glenn family was originally from, for a small service for her brother. At last year’s U.S. Women’s Open at Pinehurst, she was the main organizer of a dinner for former women’s U.S. Open winners. She was a fixture in the lobby of the Carolina Hotel that week, where she knew everybody and everybody knew her, from Kathy Whitworth to Annika Sorenstam to Stacy Lewis. The final tournament Rhonda worked for the USGA as a media official was the 2013 women’s U.S. Open.

Mickey Wright, who has not made public appearances for decades now, did not attend that dinner, but nobody understood that better than Glenn, who wrote the definitive piece about Wright for the USGA’s late magazine, Golf Journal, years ago. When the USGA gave Wright its highest honor, the Bob Jones Award, in 2010, Rhonda accepted it on her behalf.

A reporter once asked Rhonda why Mickey Wright stopped playing golf. Not just tournament golf, any golf. Rhonda said this:

“Maybe this will explain it. I used to play quite a bit. Mickey was always interested in how I played, and I did play pretty good golf for a long time. Then one day, a couple years ago, she asked me how I was playing. She had not asked for a while. And I said, `I’m done. I’ve quit. I just can’t play the way I used to.’ And Mickey said, `I understand completely.’”

There’s a famous quote associated with Mickey Wright from Ben Hogan: “She had the finest swing I ever saw, man or woman.” Hogan said that to Rhonda.

Rhonda was involved in a charity to help homeless children and families that actually lived in Ocala National Park, not far from her north Florida home. She raised money to buy warm coats and teaching supplies for those children. Whenever anybody made a donation, they would receive a thank-you note from Rhonda. One she wrote last year (here slightly edited) read, “Thank you so much for your generous check to go to coats for the kids who live in the Ocala National Forest. That really made me smile! I will call the pastor and ask him what sizes he still needs, buy them and deliver them. Doing something for others should really make you feel great!”