In 2015, when FOX Sports took over coverage of the U.S. Open, the network experienced what players have long known: it takes time to figure out the majors. That first year on air, at Chambers Bay, was widely seen by critics as a broadcast bogey, as the Fox team struggled with technical glitches, the idiosyncrasies of an unfamiliar venue and assorted swings and misses by a green announcing crew. It was a rough outing. But, like Dustin Johnson, the heartbroken runner-up at Chambers Bay, the network bounced back at Oakmont in 2016. Out went Greg Norman as lead analyst. In came Paul Azinger and Curtis Strange, along with a number of broadcast refinements. Now comes 2017. Another first-time U.S. Open venue. Another opportunity for the network to improve. With the championship approaching, GOLF caught up with FOX Sports coordinating producer Mark Loomis to ask about the U.S. Open broadcast learning curve and what fans can look for this time around.

What were the most important lessons from Chambers Bay?

For starters, there’s just the benefit of having been through it once. But Oakmont itself also made it easier, with its history and familiarity, even for the viewer. When people turn on the TV and they see Oakmont, they kind of know it. It’s comfortable for them, just as it was probably more comfortable for us.

For a lot of viewers, Chambers Bay wasn’t just unfamiliar. It looked unconventional.

One important factor was that the weather was so odd at Chambers. The intense drought leading up to the event gave the golf course a brownish sheen that really complicated everything, whereas at Oakmont, you had a white ball sitting up on nice green grass. One of the things we got criticized for in year one was that our camera guys couldn’t follow the golf ball. But our camera guys at Oakmont were pretty much the guys who did it the year before, and it was mostly the same group who had done golf for a long time. It wasn’t that they suddenly forgot how to do what they were doing at Chambers. It was just really hard to do what they were doing. 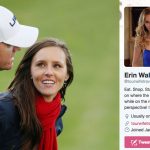 You may also like Fox to air 45+ hours of coverage at U.S. Open at Erin Hills

FOX prides itself in its high-tech wizardry. Was there any wizardry at Chambers that you found simply didn’t work?

The easiest way to explain it is if we tried to do 15 to 20 things with technology that first time, we tried to narrow the focus the second year. At Oakmont, we had a lot of success with tracers and a flight track where we’d put a model of the hole on the right and you’d see the ball in flight, combining the tracer technology with the virtual world. We tried doing that at Chambers but we couldn’t get it to work until Sunday. It worked twice late in the day, during the final round that first year, and I thought, Wow, that was cool. I wish we had that the whole week. At Oakmont, we did.

You also made some changes in the broadcast team. What inspired that?

After the first year, we felt like our announce team needed to get better. When you start out, you want to have your own identity, so you try to find new faces and personalities that people haven’t seen on other networks. What we found was that since we didn’t get a lot of reps each year, we needed to go out and find some people who had experience.

Is it fair to say that Greg Norman just wasn’t as good as you thought he would be?

When you’re doing a broadcast, everybody has got to be good. If Greg Norman was great and everybody else wasn’t, that wasn’t going to be right. And if everyone else was good and Greg wasn’t, that wasn’t the right thing either. You don’t know exactly what you’re going to get until you go through it. You don’t really know what Joe Buck is going to be like, or Steve Flesch, or Scott McCarron, until you go through that first year and find out what their strengths and weakness are. You try to get a mix of people that you think will work well together. You also have to find people that are available. I had worked with Paul [Azinger] and Curtis [Strange] when I was at ABC, and I knew they could help us. I knew Paul would be a great person for Joe and the rest of of our group to lean on because he has a ton of experience; he’s really good at his job. No matter what I was starting, I would always want to get Paul involved because I think he’s as good as it gets when it comes to TV and golf. 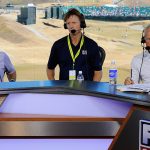 You may also like Mark Loomis on Hiring Azinger, Letting Norman Go and Golf’s Future on Fox

At Oakmont, you also found a different role for Holly Sonders.

What grade would give yourself over the first two years?

That brings us to Erin Hills, another venue that most fans know little about.

And that’s our first job, to remind people over and over, what Erin Hills is all about. There are a lot of ways to do that, and that’s where some of the decision-making comes in. You show people the first hole. It’s a 600-yard par five. Do you show them an aerial view? A 3D-model. People don’t have that historical knowledge, so it’s on us that they get to know the course. As you set up the course itself, the players start to identify themselves, and you start to tell their stories, too.

From a broadcast perspective, does the course itself present any unique challenges?

It’s not the same challenge that Chambers was. One thing about Chambers is the runoffs behind so many of the greens were so long that the normal camera angles weren’t always available to us. Erin Hills has a few holes like that, but not nearly as many. It will look more conventional. The greens aren’t as undulating as they are at Chambers. And they’re not anywhere near as sloped as Oakmont. But they’re kind of perched up, so we’ll spend some time trying to show that. When you watch golf on TV, every green looks flat, so trying to give people a sense of what they’re really like is something we’ll focus hard on. I’d also be surprised if wind isn’t a big story at Erin Hills. And we’re working hard now on a wind solution. What that ends up being, we’re not sure yet. It might just be an arrow showing the wind direction and speed. Sometimes, a simple solution is the right one.

What about having Joe Buck stick his head out of the tower and just show that famous hairline blowing around?

That’s an idea. When you want to show what the conditions are really like, sometimes you just have to show a couple of on-course announcers and how messed up their hair and equipment are.

Seriously, though, Fox sees itself as being on the front lines of innovation, but you also want to respect certain traditions. How do you know if you’ve crossed that line?

The question you’ve always got to be asking is, Are we doing this because it’s helping the viewers and making the experience better, or are we doing it because we can and it’s cool? As long as you’re doing it for the first reason, I’m all for pushing it. We’re doing more tracers than anyone. We’re putting up those [digital] yardage posts so you see a player has, say, 175 yards to the green. When we first started doing that, it was simply about giving people information. How far out is he? But as we started doing it, and combined it with the tracer, you see a shot going towards a yardage post and you’d realize, Hey, that’s a good shot. When you do something like that, and it’s helping the viewer have a better experience, you should keep doing it. If it’s for any other reason, you should probably stop. 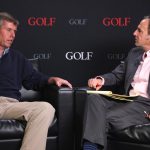