The Open 2019: Golf prop bets worthy of your money

Here you go. Here’s $500 to spend. It’s Open Championship week, and what fun would it be without raising the stakes just a bit? You could always take to the charts and bank on picking a winner. Rory McIlroy — Northern Ireland-native and owner of the Portrush Course record since the ripe age of 16 — comes in as the favorite at 8/1. Toss some on him, throw a few hundred on some middling options to shore up your insurance, sprinkle a few longshot bucks on Graeme McDowell for narrative-sake and you’re set.

Or you could take the adventurous route. Here are a handful of prop bets, via Oddschecker, on which to disperse your newfound cash — all mortal locks, obviously (and FYI, if you strike it big, I work on commission):

News
There was plenty to learn from Tiger Woods’ star-studded practice round with Rickie Fowler, Dustin Johnson

McIlroy, McDowell and Clarke to all shoot under par in 1st round: 11/1

The homecoming trio will garner all the headlines and pressure ahead of this week’s momentous venue. Wagering this one is as much a play on the odds — and a bet from the heart — than anything else. But at a course unfamiliar to the field, if anyone should know how to go low at Portrush, wouldn’t it be these guys?

Yeah, why not! There’s no sound basis for this one, other than winning money on a hole-in-one sounds like quite a rush. The last time someone sunk an ace at The Open Championship was Louis Oosthuizen in 2016, so you could say we’re due.

An American to win: Even

Maybe this is my overriding confidence in Brooks Koepka, but these seem like good odds for the country with three of the top five favorites and a host of other contenders. The U.S. far and away tops any other country among players in the field, with 47 total. They also have 10 of the top 15 players in the world ranking. Call it textbook American arrogance, but drape me in the flag and give me a U.S. victory overseas at The Open.

Speaking of Koepka, the guy has finished in the top 2 in five of the last six majors. If you’re giving me better than 2/1 odds of a top 5 for Brooks at a major right now — any place, any conditions, any field — I’m taking it and running.

As a longer shot, Bernd Wiesberger coming off a Scottish Open win isn’t a bad investment.

OK, I only feel good about the last one because this is fake money. Let me have a little fun. The others you can take to the bank. Let’s do $20 on them all.

I’ll throw 25 (virtual) dollars on all these guys. Rory is the obvious favorite, but Pepperell and Fitzpatrick are going to be interesting sleepers this week.

(An aside: if I could find odds on betting the cut line, I’d be tempted to to take the under. The weather looks like it might hold off enough to keep scoring conditions in place Thursday and Friday. Portrush could yield a host of lower scores than we’ve come to expect.)

Call me an optimist, but this tournament feels wide open. As such, it would be surprising to see anyone run away and hide. I have a hunch this one goes to a playoff for the first time since 2015, when Zach Johnson took down Marc Leishman and Louis Oosthuizen in four holes. 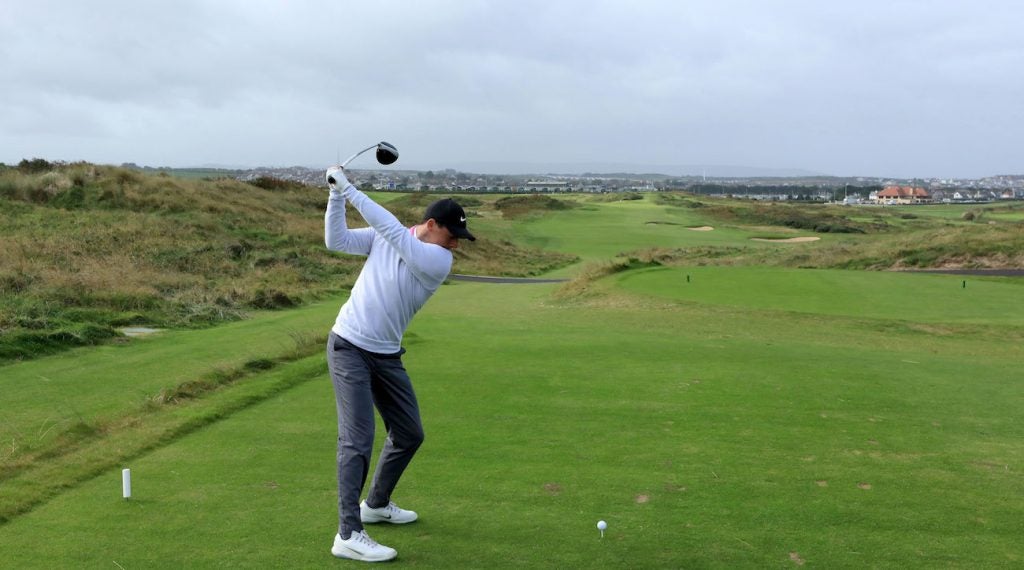