Phil Mickelson: Without Tiger ‘I don’t think I would have had the same level of success’

Phil Mickelson joined Ernie Els for a press conference on Tuesday at Quail Hollow before what will be both players’ 100th career major appearance.

As is often the case at majors, Mickelson was asked about Tiger Woods. But this time Mickelson gave a very interesting answer to a common question: what would you have achieved in your career if Tiger Woods hadn’t come around? 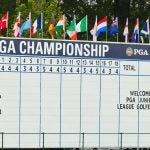 Phil attributed a large portion of that to the influence Tiger had in making fitness an essential part of the game. Without that influence, Mickelson speculated that he wouldn’t have had the career longevity he now enjoys. For those reasons, he said, “I don’t think I would have had the same level of success had he not come around.”

“So Phil, what if Tiger had never come around?” #PGAChamp pic.twitter.com/FX4D6UvLrg

Mickelson has achieved quite a lot in what has become one of the all-time great careers. Among his achievements are five major championship victories and 42 PGA Tour wins, and his career isn’t over yet. Lefty is in Charlotte this week to make an attempt at his second PGA and sixth-career major win.