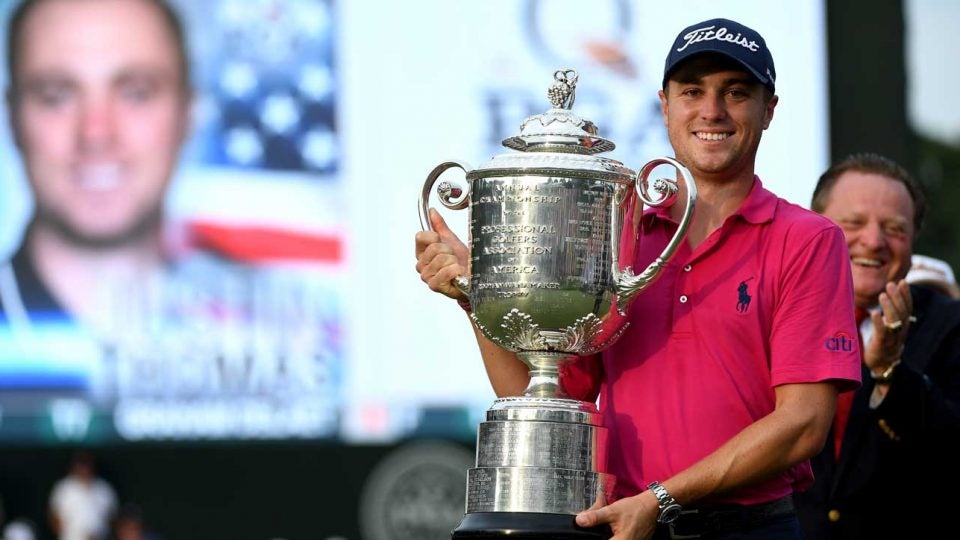 Justin Thomas hoists the Wanamaker trophy after his victory at the PGA Championship in 2017.
Getty Images

If this week’s PGA Championship is anything like the other majors this season, it will be one of the most-watched PGA Championships in recent memory. Much of that can be attributed to the return of Tiger Woods.

Whether it’s Woods, Rory McIlroy, Jordan Spieth or another reason that has you tuning in for the event, there will be no shortage on places your can view it. As far as online streaming goes, there will be featured group coverage provided by the event and Turner and CBS, which owns the rights to broadcast the tournament. (Look for Woods to be in one of those featured groups. He has been most of the season.)

Check out the schedule below for all your streaming needs, which can be found on PGA.com and the PGA Championship mobile app. (All times ET.)