For the first time ever, the PGA Championship at Bethpage Black will play in May instead of August. Now the second major of the golf season, the 101st edition of the tournament is coming at a perfect time, according to two-time Masters champion Bubba Watson.

“Tiger winning the Masters, [the PGA Championship] is up here in the Northeast, it’s Bethpage which the New Yorkers love, and then it’s the new revamped schedule,” Watson told GOLF.com Monday at a media day at the Travelers Championship in Cromwell, CT. “So you add all that in, and it’s the perfect storm for the Tour. The Tour couldn’t ask for it to be better. To change the schedule and have Tiger win the first major and then being up in New York at Bethpage? You couldn’t draw up a more perfect storm. You couldn’t dream this up, and yet somehow, it’s here. That’s why I think everybody is excited about it.”

This year the PGA Tour shortened the post-Masters major gap to one month, and the major season will conclude with the British Open in July. It also added several new tournaments to the schedule, including events in Detroit and Japan. Watson, 40, says the Tour pros are happy with the changes.

“They love it,” Watson said. “Everybody is in agreement 100 percent. It’s a beautiful schedule. Everybody voted and everybody said they loved it. I think it’s great for us and great for the game of golf because there’s a push now. If you want to take four months off before January, you can do it because the big events are already here.”

However, the 12-time PGA Tour-winner said that it’s going to take golfers some time to adjust to the new schedule.

“The schedule this year is so different that we’re just trying to figure it out,” Watson said. “Then the people with kids and without kids, their schedules look different. So it just depends on where you’re from and what’s going on in your life at that time. That’s why I’m saying it’s going to take a year just to kind of see and feel it out.”

“And then some people might not go to the new tournaments,” Watson continued. “They might not go and they might watch just to see what the course looks like and see what people can expect. It’s going to be tough the first year. But everybody is in agreement that it’s great for the game of golf. But learning it takes a year at least.”

Watson acknowledged that the new schedule affects him, too.

“The last couple weeks have been tough on me,” Watson admitted. “I took the last two weeks off and I’m taking off two weeks after Bethpage just because I don’t know where to fit in and do things. So I’ve tried to change my own schedule around because of the situation with the new Tour schedule. It’ll take a year to get used to it.”

“Travelers is one I’m never taking off the list,” Watson explained. “But then when you add in Travelers, then you have the U.S. Open the week before. Then you have Canada where my wife is from. These are great tournaments, and then I’m playing Detroit as well. So my schedule with those four will be wild. But then also, the timing of my kids getting out of school. They’ll be out of school end of next week, so that means that they can travel to all of these different events. So that’s how I looked at it from that perspective.” 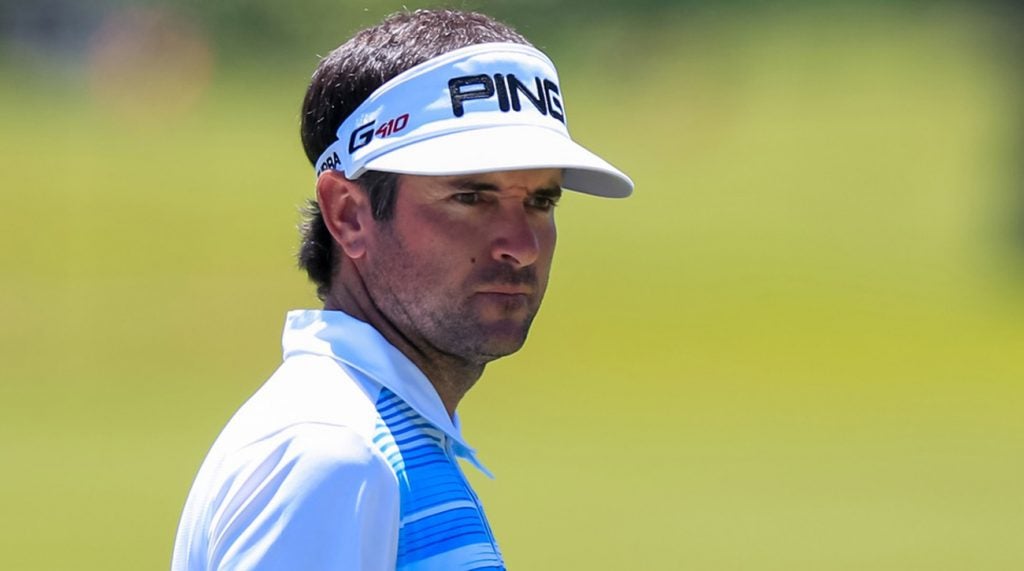 Watson’s schedule of late has been structured for him to peak this week. Bethpage Black has been kind to Watson, who has earned three top-20 finishes at the iconic Long Island public course.

His best finish at a PGA Championship came in 2010 when he finished second at Whistling Straits. Otherwise, he’s finished better than tied for 21st only one other time at the event during his career. In fact, he’s missed the cut five times, including the last two years.

“I’m looking forward to it,” he said. “I worked on my driver hard last week at home trying to gear that in because you gotta hit fairways and it’s a long course. With a little bit of the rain they’ve had lately, it’ll probably soften it up and make it easier to hit fairways. I believe it sets up well for me. It’s going to be long irons in there, which I’ve been able to hit pretty decently in my career and is harder for some guys. There’s some advantage for me with the way I play golf.”

Watson enters the PGA Championship ranked No. 18 in the world and coming off a T34 performance at the team-event Zurich Classic last month. The Florida native is looking for his first Tour win since last year’s Travelers Championship and his first non-Masters major title. Perhaps Bethpage will be the perfect fit.