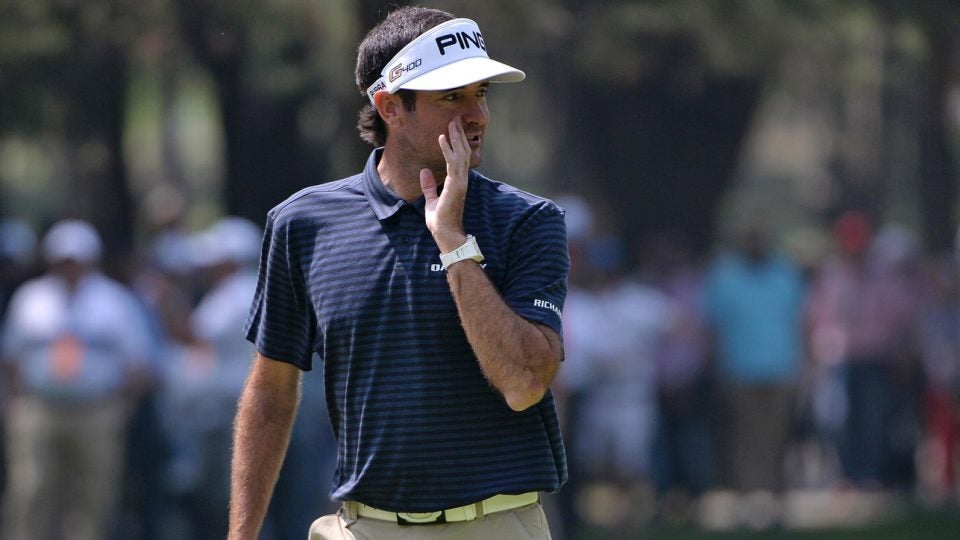 Bubba Watson pictured during a round with Phil Mickelson at the 2018 WGC-Mexico Championship.
Orlando Ramirez/USA TODAY Sports

Phil Mickelson is having a lot of fun on Twitter these days, and often at his fellow PGA Tour players’ expense. Bubba Watson was Lefty’s most recent victim, and now Bubba is firing back at the 48-year-old Tour veteran.

Just last week, Phil dropped a comical clip about calve workouts on Twitter which included a shot at Watson’s physique. “There’s a lot of debate on how to hit bombs. Is it the arms? Is it the calves?” Phil says in the video. “Well, technically you don’t need either. I mean, Bubba Watson hits bombs.”

The quip was innocent enough, but fearing a backlash, and pre-empting an all-too-familiar Twitter overreaction, Phil shared the video with Watson before he dropped it. That’s not the only reason he sought out Bubba’s pre-approval, though.

“I’m more worried about Bubba Watson, because Bubba knows how to use this platform better than I do,” Mickelson said Monday on SiriusXM PGA Tour Radio. “I got that video OK’d by him before I put it out because I’m sensitive to stuff like that. So I sent it to him, I said, ‘Hey dude, I’m throwing a little shade your way, are you cool with this?’ And he said, ‘Well that’s not shade, that’s nothing. Bring it, send it.”

It appears that Phil, a Twitter newbie who joined just eight months ago, is worried about the response he may receive from a salty Twitter vet like Bubba.

However, he has no such concern from the likes of Matt Kuchar, who Phil showered with trash-talk while driving down Magnolia Lane in a Twitter video during the Masters.

“Matt’s gotten the better of me so many times publicly and privately, that’s like the least of my concerns,” Phil said.

On Tuesday night, Bubba posted a video clip from the Phil’s appearance on PGA Tour radio. He first confirmed that he pre-approved Phil’s takedown, saying, “It’s true… @PhilMickelson did send me the video for ‘approval’.” Bubba then took his own shot at Mickelson, “Then again he is kinda new to this twitter thing… maybe he doesn’t realize I do not need calves to make videos.”

It’s true… @PhilMickelson did send me the video for “approval”. Wonder if I should do the same for him? Then again he is kinda new to this twitter thing… maybe he doesn’t realize I do not need calves to make videos #MondayFunDay https://t.co/ZK3vKF9gDw

Hopefully that was just an opening salvo, and this Twitter beef grows from here. There’s a good chance Bubba is working on his real response video right now. We’ll have to wait and see what he comes up with, but as for this round, the belt goes to Lefty.