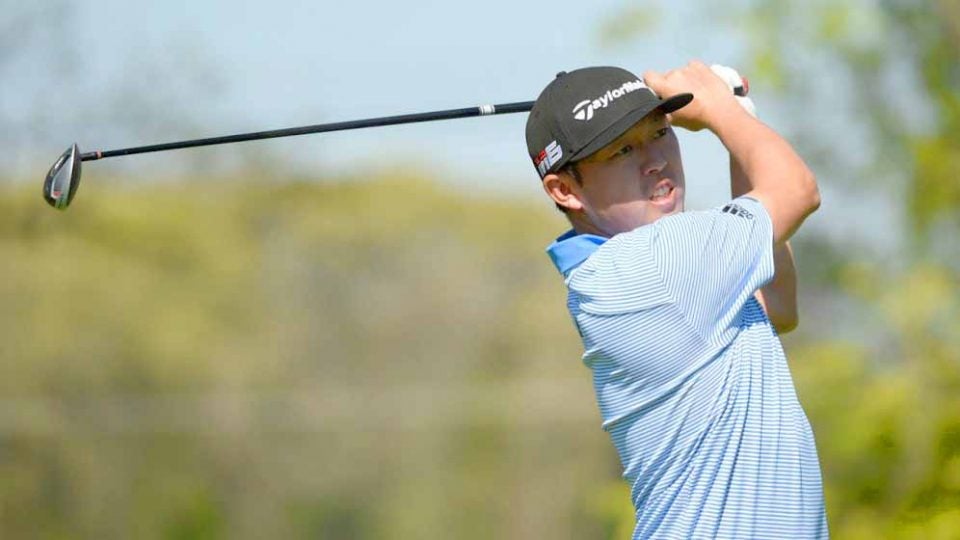 Pro golfer David Lipsky didn’t do anything special during Friday’s second round of the 2019 PGA Championship. He shot a two-over 72 to move to two-over for the tournament. Then something strange happened: The PGA of America announced that the 30-year-old would be assessed a two-stroke penalty for arriving late to his 12:43 p.m. tee time on Friday afternoon.

The Las Vegas native was reportedly walking toward the first tee with his putter and a ball but was not in the starting area, according to a release sent by the PGA on Friday. This is how the PGA of America defines the starting point of a round:

“For the purpose of applying Rule 5.3a, the starting point for hole #1 and hole #10 is defined by the rope, gallery stakes, green bike fencing and/or blue stakes, blue dots or blue lines.”

The penalty for this rule usually results in a disqualification, according to the PGA. However, because Lipsky arrived to the starting point ready to play no more than five minutes late, he was instead assessed a two-stroke penalty on his opening hole.

Therefore, his score moved to four-over par for the tournament. Fortunately for Lipsky, the cut line dropped to four-over mid-day on Friday, and he’ll squeak through to play the weekend at Bethpage Black.

Lipsky’s last win came on the European Tour at the Alfred Dunhill Championship last October. His career-best finish in a major is 58th at the 2015 Open Championship.

Lipsky will be playing alongside Shane Lowry at 8:10 a.m. Saturday morning. Look for him to show up plenty early.