PGA Championship 2019: Get to know Danny Lee, the man one shot off the lead at Bethpage Black

FARMINGDALE, NY —After a course-record seven-under 63 during the first round of the 2019 PGA Championship at Bethpage Black, clubhouse leader Brooks Koepka predicted that someone later in the day might match his score.

“Some of these hole locations I think are quite gettable,” Koepka said. “I wouldn’t be surprised if you see another good score in the afternoon.”

Some of the best players in the world, including Phil Mickelson, Dustin Johnson and Rory McIlroy, were scheduled to tee off on Thursday afternoon. It was reasonable that one of them might approach Koepka’s number.

Well, someone did pull within one shot of Koepka’s lead at this 101st PGA Championship. But wasn’t Johnson or McIlroy or any other pro who has previously won a major title. It was little-known Danny Lee who threw up a six-under 64. He’s alone in second place, one back.

Most golf fans don’t know much about the 28-year-old Lee. But that could change this week on Long Island. Here are a few fast facts: 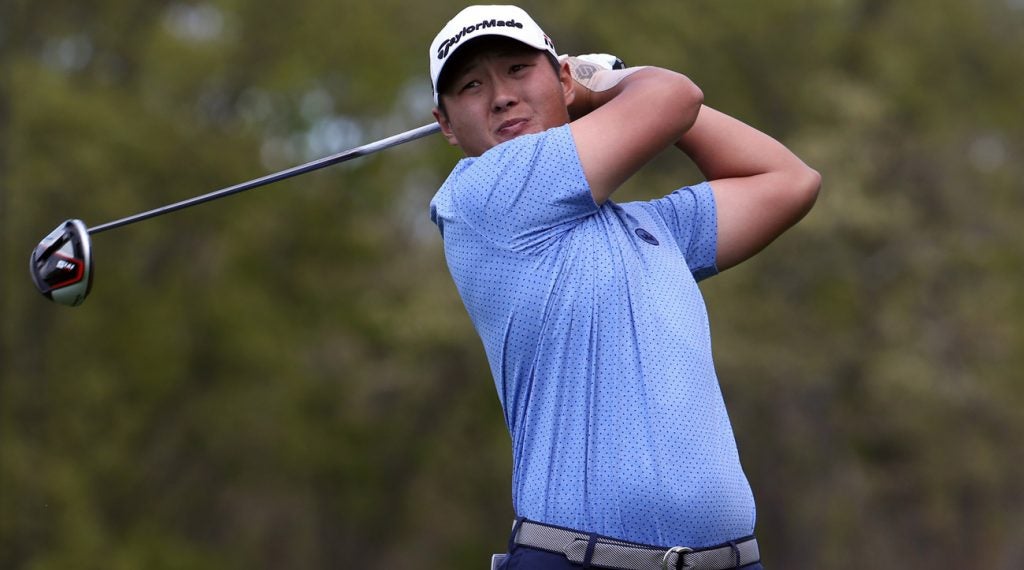 Danny Lee is only one shot off the lead at the PGA Championship after 18 holes.
USA Today Sports

–  He was born in South Korea, but Lee calls New Zealand home after moving to the island nation at age 8. In 2008, he became the youngest-ever winner of the U.S. Amateur at age 18. That year Lee also became the top-ranked amateur golfer in the world.

– After turning professional in 2009, Lee earned his first European Tour victory in February at the Johnnie Walker Classic in Australia. That made him the youngest-ever winner on the European Tour. Later that year, he made his major-championship debut at the Masters, but missed the cut.

– Lee joined the Nationwide Tour (now Web.com) in 2011, and he won the WNB Golf Classic in October for his second professional win.

– After a strong 2013 season on the Web.com, Lee regained his PGA Tour card for 2014 and hung onto it. In 2015, he finally earned his first PGA Tour win at the Greenbrier Classic.

News
PGA Championship 2019: Is Bethpage Black’s 10th hole the toughest start to a major ever?

So, despite his success as a teenager, it’s fair to say Lee remains a big underdog this week. He said his ability to hit the ball farther could give him an edge this week.

“Well, at first, I wasn’t hitting it far enough to compete out here on the major championship — PGA Championship or U.S. Open,” Lee said after his round. “Masters I might have had a chance. But now I’m definitely hitting it further. I can carry my driver about 290, 295 in the air. That’s a huge bonus for me. And that was actually the first time I actually got to play in a major with this distance. I’m actually interested in myself what I can do out there this week.” 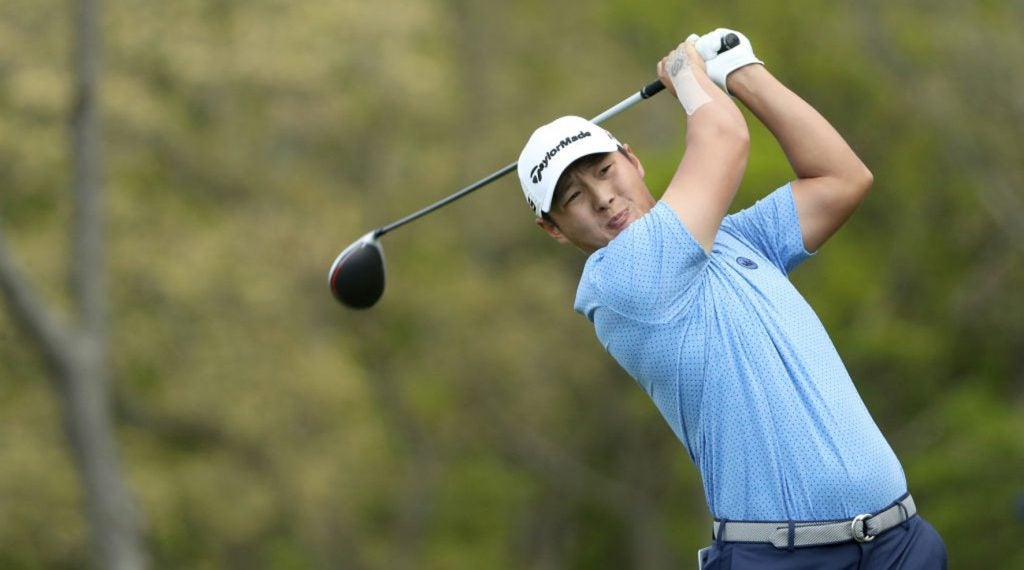 Danny Lee is looking for his first win since 2015.
Getty Images

Lee teed off at 12:10 p.m., just as Koepka was putting a stranglehold on the Wanamaker Trophy. But Lee, currently No. 119 in the world ranking, racked up four birdies on the front nine and tacked on four more on the back. He made a 3 on the par-4 10th hole — the same hole Tiger Woods doubled earlier in the day. Lee only hit seven of 14 fairways, but each time he found the short grass he made a birdie.

“I know my game was good today,” Lee said. “I thought I was going to bounce back really quick at 16, but I missed the fairway by four yards, so I made a nice up-and-down there. And No. 17, it was 200 yards to the pin. It was tucked, a right front pin, but the way I was hitting it, I felt like I can really hit a good one there, and I hit a solid 6-iron and hit it to like two and a half feet. It was an easy tap-in.”

When he stepped up to the tee box on Thursday and saw Koepka’s name atop the board, Lee wasn’t intimidated. In fact, he expected it.

“Well, I wasn’t surprised when Brooks shot seven-under this morning,” Lee said. “I mean, have you seen him playing U.S. Opens and PGA Championships the last three years? When you’re hitting driver, pitching wedge every hole. I wasn’t surprised at all. But it didn’t change my game plan at all. I’m not like Brooks Koepka long, but I can carry it about 290, 300 now.”

Lee’s story is appealing because of his winding road over the last decade. As they learn about it, fans could rally around him. Lee shared just how difficult that journey has been these last few years.

News
2019 PGA Championship Live Coverage: Highlights from the first round at Bethpage

“How would you feel when you lose your job tomorrow? And you put a lot of effort into it. You’ve tried your best, and you did everything you could do, and you don’t have a job tomorrow. That’s the same feeling we have. I know it’s a dream-chasing work, and I’m grateful and happy to be out here and happy for my opportunities out here.”

Lee’s incredible performance on Thursday might be a blip on the radar. Or maybe, just maybe, he’ll stick around and enjoy some of the glory he’s been seeking for more than decade. He’s certainly earned it.