PGA Championship 2019: The story behind the Bethpage ‘Caddy Boy’ logo

Bethpage Black, last week’s PGA host, needs little introduction. Its difficulty and iconic warning sign are two of Bethpage’s most well-known features. But another iconic aspect to the course is its “Caddy Boy” logo, which is found on tons of golf apparel, accessories and equipment. But what’s the story behind the logo?

If you haven’t seen it before, Bethpage’s logo features a looper holding a bag of golf clubs. Two clubs are sticking out of the bag, and the caddie is wearing black shoes, yellow socks, blue pants, a red shirt, and a green hat. Check out the logo below. 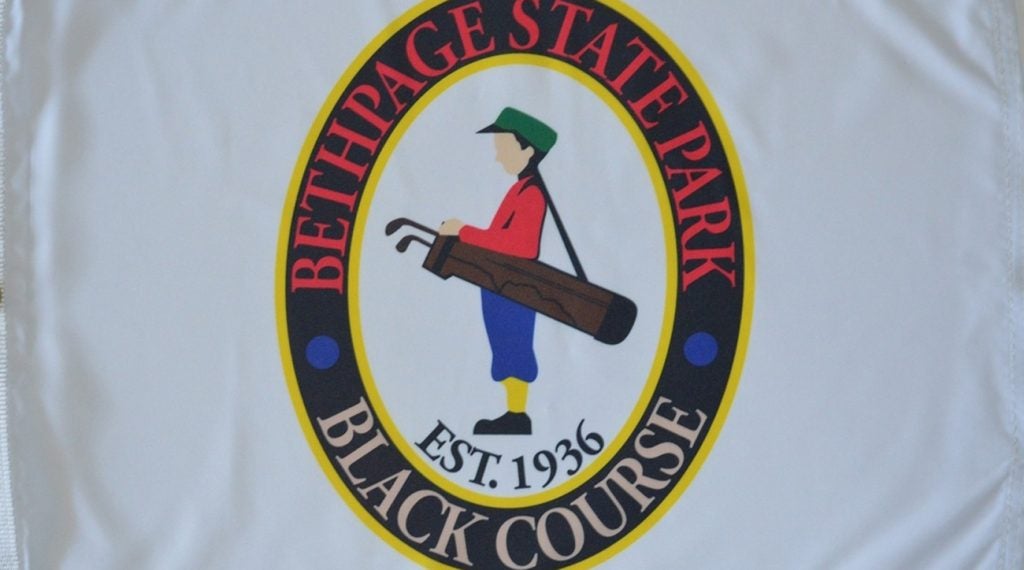 The Bethpage "Caddy Boy" logo is recognizable to many golf fans.

The color of each piece of clothing that the Caddy Boy is wearing represents each of the five courses at Bethpage State Park, which are Black, Blue, Green, Red, and Yellow. The colors are also supposed to symbolize both the spirit of golf and the course’s connection to the past when it was built during the Great Depression.

Along with Moses’ work to make Bethpage accessible to all, course architect A.W. Tillinghast’s work in designing Bethpage is captured in the Caddy Boy logo too. The logo is described as being “simple and straight-forward” like the Black Course, in that it represents the architectural philosophy of the course designer: that good course design supersedes all.