A green jacket is a popular item in sports memorabilia, but rarely does one escape the confines of Augusta National. Even rarer is the situation where one sits courtside at a New York Knicks game, but exactly that happened about one year ago.

Fresh off his first major victory, Patrick Reed was courtside in his new hunter green jacket last May. It quickly made him stand out.

“I think the most interesting reaction was on Monday night, Justine and I were at the Knicks game and were sitting courtside for the first time,” Reed said during a pre-Masters press conference Tuesday. “I had Chris Rock right next to us. A couple seats down is 2 Chainz. He just kind of keeps looking down, and you can kind of tell he’s like, kind of looking down like, all right, this isn’t the normal guy that sits in these seats; who is that. And then when they announced me during the — during one of the time‑outs, then a couple minutes later there was a time‑out and he just kind of reaches over, and he kind of touches the jacket, and he goes, ‘So that’s the real thing, huh?’ I’m like, ‘Yes, sir. Yes, it is.’ 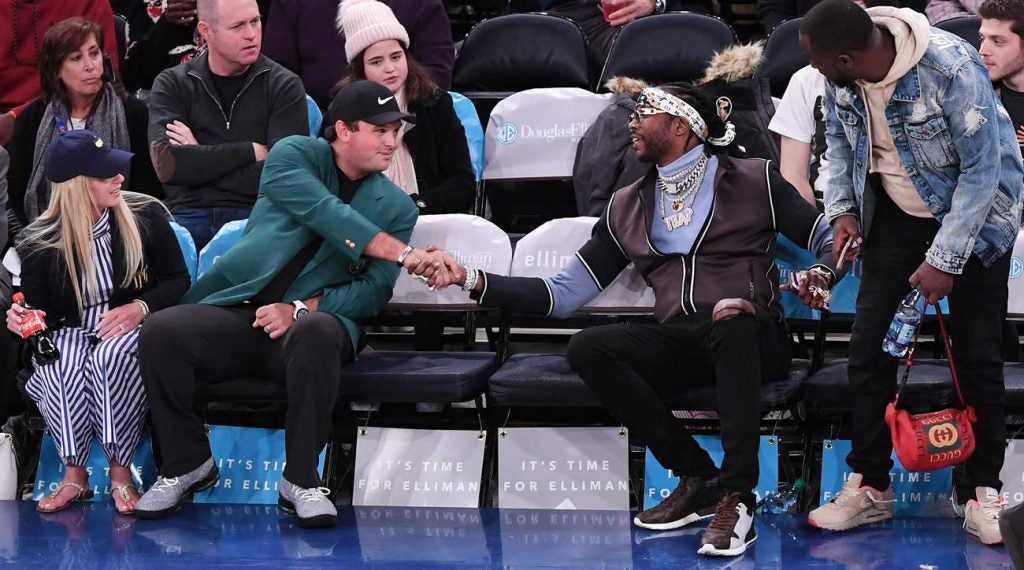 Reed certainly made the most of public appearances with the jacket; perhaps more than any other recent champion. Other than posing with chart-topping musical artists for a photo, Reed was also seen with the green jacket at a Houston Rockets game, a Houston Astros game, and even at a Chik-Fil-A drive through.

Can you blame him, though? Reed is just playing by the rules here. Sergio Garcia wore his green jacket to El Clasico for his opening kick, and Jordan Spieth wore his while presenting a prize at the ACM awards.

Unless he plans on winning again this year, Patrick Reed’s time to wear the green jacket in public is running out.